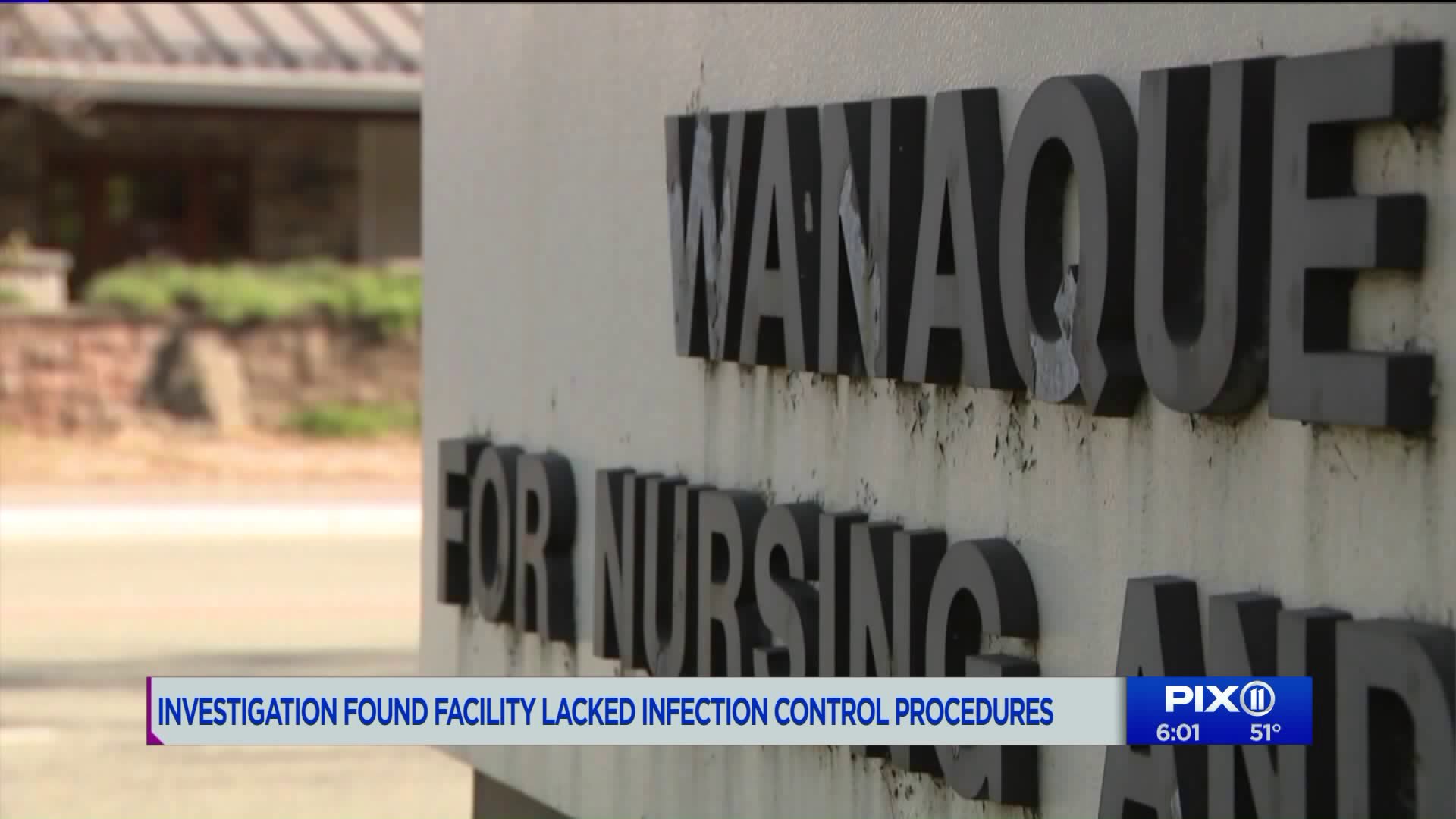 At a hearing Monday on the deaths of 11 children at the facility, Elnahal told a legislative committee that he has formed new internal policy requiring him and his principal deputy to be notified of any outbreaks where pediatric deaths have occurred.

TRENTON, N.J. — Nearly two dozen children at a long-term care facility showed symptoms of a viral infection and two had died by the time New Jersey's health department was notified about the outbreak this fall, said Dr. Shereef Elnahal, the department's top official.

At a hearing Monday on the deaths of 11 children at the facility, Elnahal told a legislative committee that he has formed new internal policy requiring him and his principal deputy to be notified of any outbreaks where pediatric deaths have occurred.

"Leadership at the highest levels in the department need to be made aware of severe facility outbreaks immediately, in case deviations from protocol are warranted," Elnahal said.

Elnahal also told the legislative oversight committee it's possible "we may never know" how the adenovirus was introduced at the Wanaque Center for Nursing and Rehabilitation in Haskell. The particular strain found at Wanaque can cause serious illness in healthy people, he said.

Representatives of the facility were invited to Monday's hearing but didn't attend.

The children at the facility all had serious underlying health conditions, and many were on ventilators. The first patient showed symptoms of the infection on Sept. 26, and health officials were notified on Oct. 9. By that time, two patients had died and 20 showed symptoms, Elnahal said.

It took facility staff nearly a month to completely separate healthy patients from those who were affected by the virus because of a lack of space, Elnahal said.

That occurred on Nov. 17, and no patients are known to have contracted the virus since then, he said.

Elnahal said his staff found "infection control deficiencies" at the facility during inspections between the end of October and the middle of November.

An attorney who represents the facility didn't immediately return a message seeking comment.

According to Paul da Costa, an attorney representing parents of children who got sick at the facility, many were notified of the infection by a letter only. He stated one parent discovered their child was infected with the adenovirus only hours before the child died.

A 27-year former employee of the healthcare facility told the Senate Health Committee that workers felt like they had to ‘put on a show’ for state inspectors.

"In fact, one of the first things that happened when state inspectors entered the building is a message sent over the intercom: ‘so-and-so dial extension 100’. Extension 100 is the code word for the state is here, it’s showtime," said the ex-employee.

State investigators found major infection-control problems at Wanaque, such as a lack of hand-washing.

The facility is full of patients but lacks staff, per today’s testimony.

One lawmaker pointed out that it took the facility a month to separate the infected from other patients amid the outbreak.

"If there was a fire there tonight, these people would be moved tonight," said Senator Fred Madden (D-Gloucester). "So why did it take so long to figure out how to get people relocated?"

The already medically fragile patents at Wanaque are not easy to move. Many require ventilators and feeding tubes, or other life-support equipment. But testimony today described parents begging to get their infected child transported to a hospital.

"Many have speculated there was a monetary motive for not hospitalizing these children," said Senator Gerald Cardinale (R-Bergen/Passaic).

"The allegations that potentially these patients were kept in their beds, these children, were kept by a facility longer than they should have been rather than going to a hospital due to potential financial gain and medicaid funds flowing," stated Assemblywoman Holly Schepisi (R-Bergen/Passaic), "if that is in fact accurate, that we do everything within our power to try to make things right."

According to the state, two-thirds of Wanaque’s patients are from New York. And apparently New York medicaid pays more per patient than New Jersey medicaid.

Meanwhile, New Jersey is struggling with a statewide shortage of beds in long-term healthcare facilities like Wanaque.

A state investigation into this facility is still ongoing.