Cyber flashers could face a year in jail under NYC bill 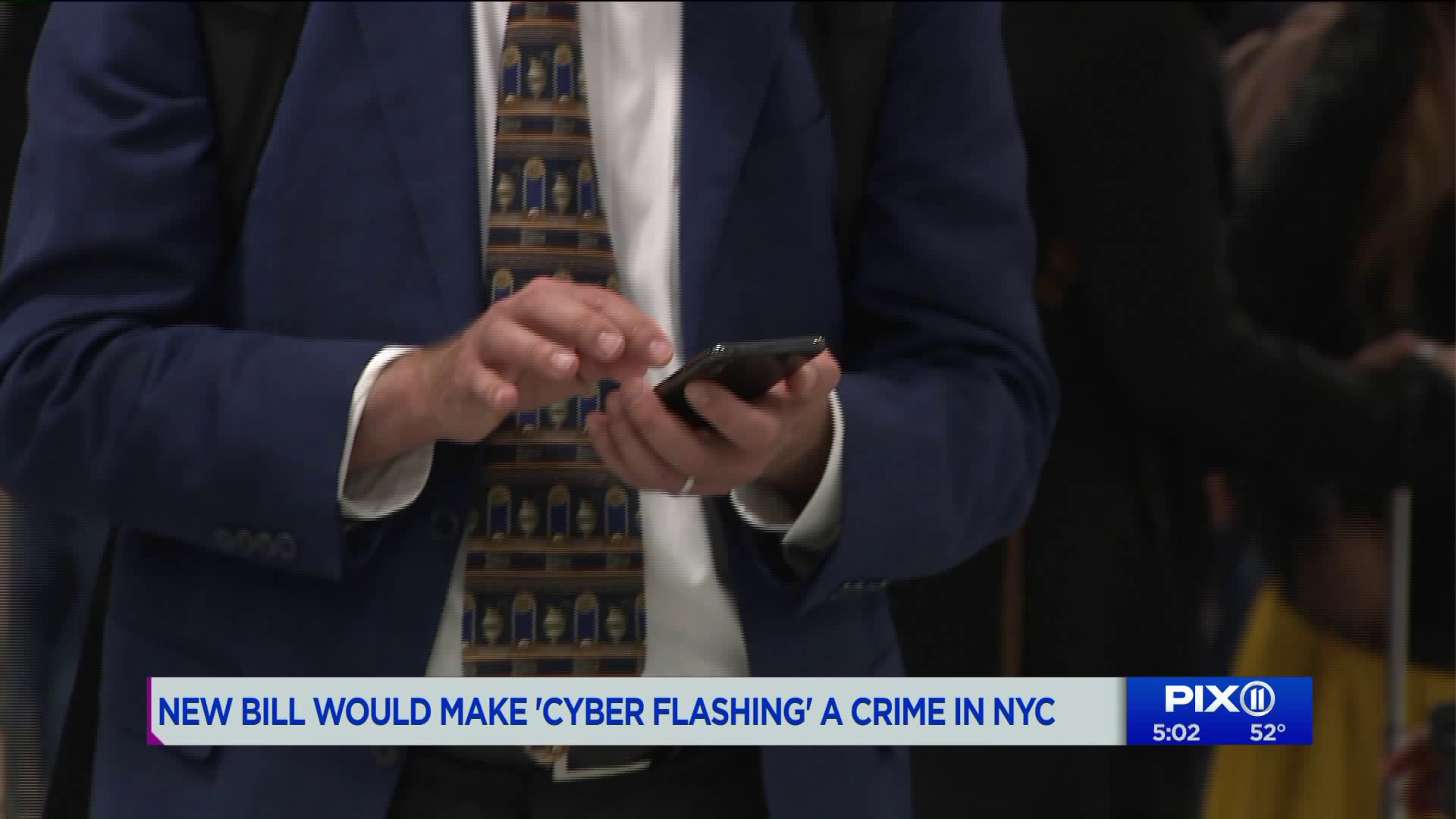 Cyber flashing has become more and more common. People are using the iPhone AirDrop tool to send inappropriate pictures to other cell phone users nearby. If this legislation passes, a cyber flasher could face up to a year in jail, a $1000 fine or both.

Cyber flashing has become more and more common. People are using the iPhone AirDrop tool to send inappropriate pictures to other cell phone users nearby.

"I almost dropped my phone just trying to get this image off of my phone," Jean Bucaria told PIX11.

She was riding the subway a few months ago when she was asked if she wanted to accept a picture via AirDrop.

"All of a sudden this image just pops up of a man in a bed, exposing his crotch and he's naked," she said.

Whoever sent the picture was on the subway car, just feet away. Bucaria was terrified.

"I did find it to be violating," she said. "And I was scared and I thought this person might try to follow me."

The president of the New York City Chapter of the National Organization for Women said cyber flashing is the latest form of sexual harassment women are facing.

"It's a violation and it is harassment and it should be viewed that way in the law," NOW's Sonia Ossorio said.

New York City Councilman Donovan Richards is the chair of the Committee on Public Safety. He recently co-sponsored a bill that would make cyber flashing a crime.

"This is about public safety. It could start with a simple AirDrop. We don't know where it would escalate to," Richards said. "Could it escalate to a rape?"

And while this legislation makes its way through the City Council, iPhone users who want to prevent unwanted pictures can change their AirDrop setting to contacts only.

If it does happen, Councilman Richards said people should screen shot the unwanted x-rated picture. It could help the NYPD.

If this legislation passes, a cyber flasher could face up to a year in jail, a $1000 fine or both.