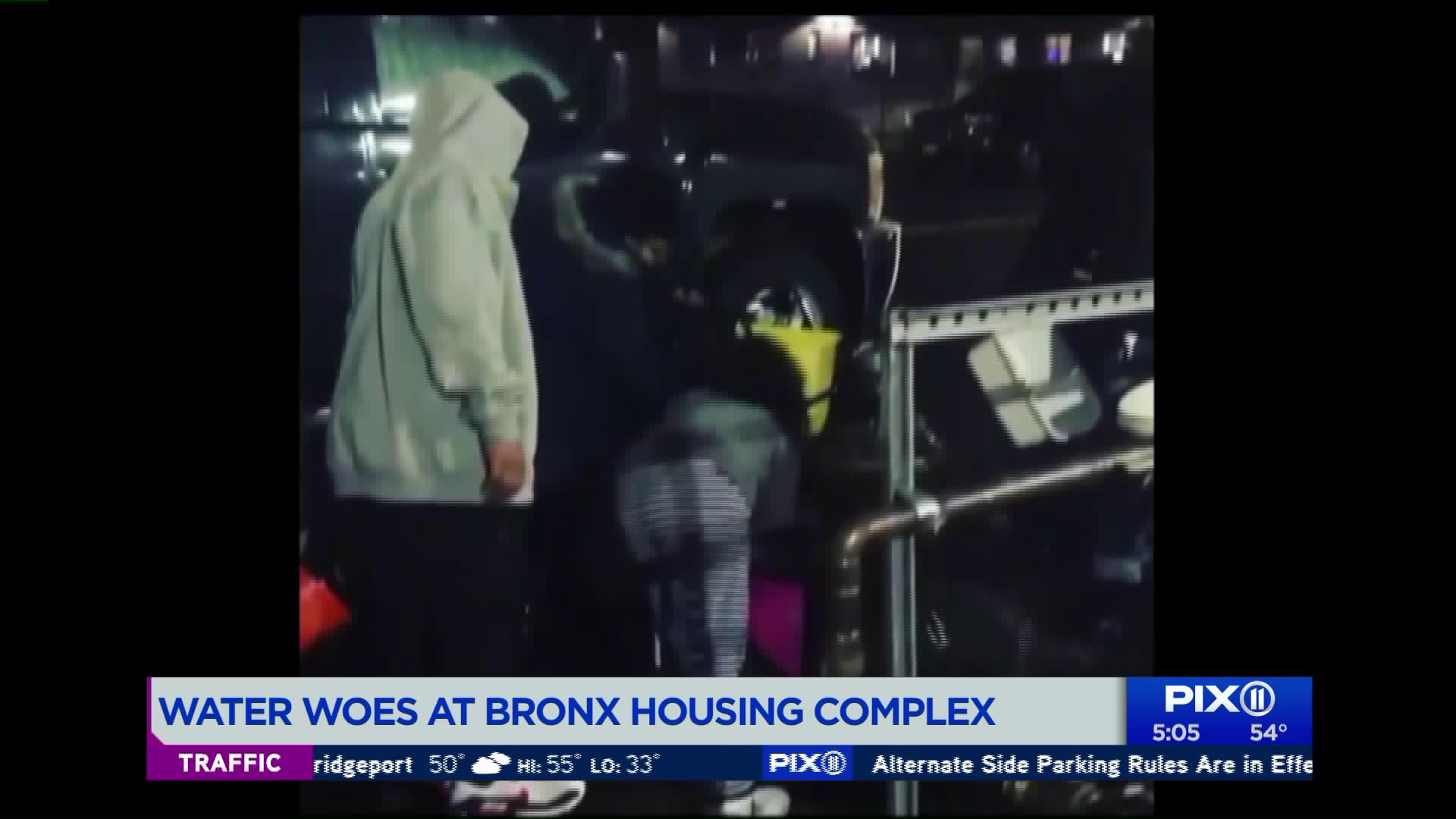 About 4,000 residents at a NYCHA building in the Bronx were without running water, the Legal Aid Society said Sunday night. 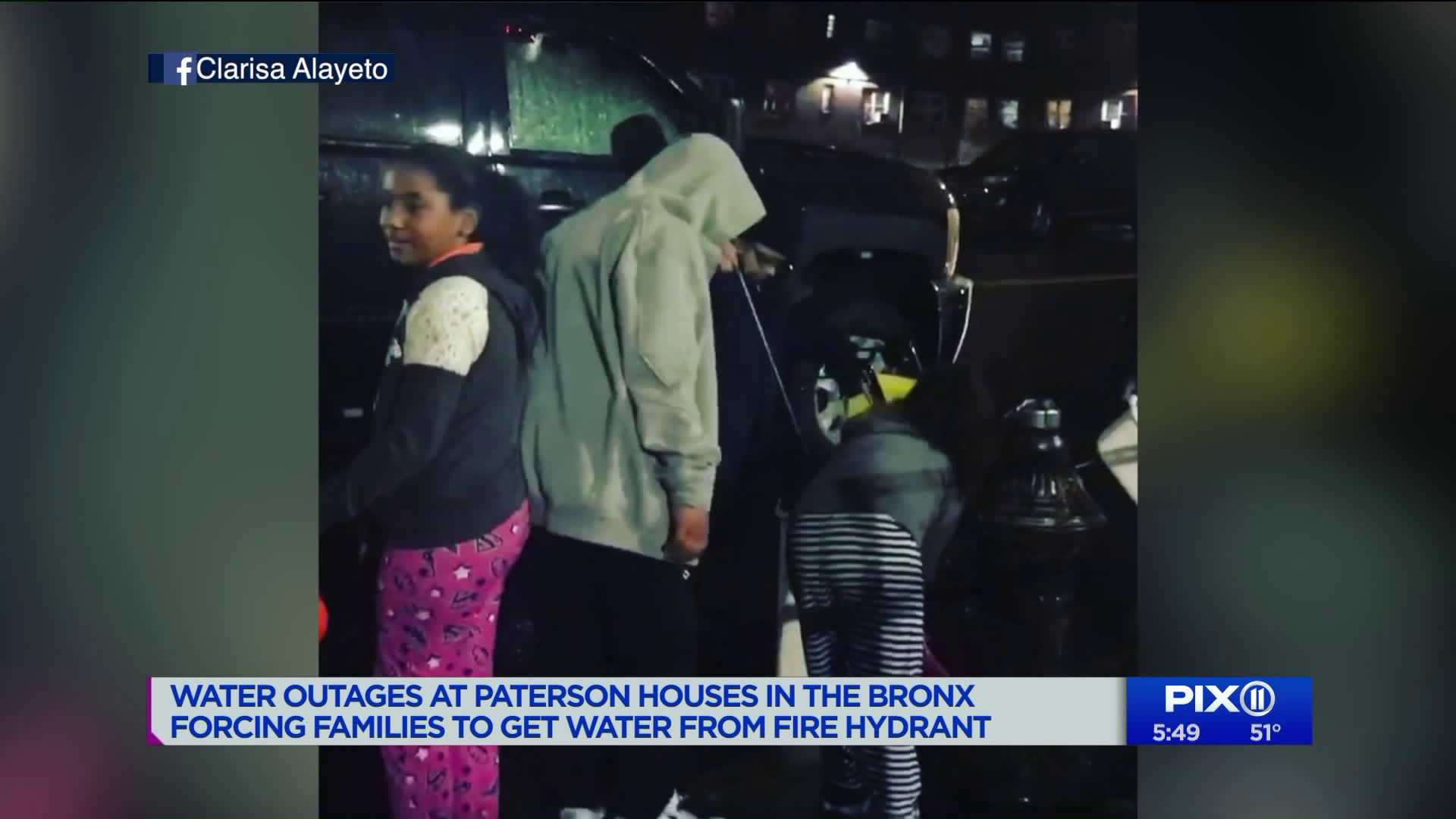 The BRONX — About 4,000 residents at a NYCHA building in the Bronx were without running water, the Legal Aid Society said Sunday night.

A resident reached out to PIX11’s Monica Morales with the video, saying several buildings in the development were affected.

“I turned on the sink in my 93-year-old grandmother's house, and there was no water," resident Clarissa Alayeto said. "So I started rolling on my cellphone. People need to see this is how we are living in NYCHA."

The video posted on Facebook showed residents living the Patterson Houses in the Bronx lining up with buckets by an open fire hydrant to collect water.

Children with buckets getting water at the Paterson Houses in the Bronx tonight. No running water. @pix11news @nychagram @ruben_diaz_jr pic.twitter.com/iSUYMayD2Q

A NYCHA spokesperson said Sunday night that crews were working to repair the house pumps.

“Staff have been working on repairing the house pumps and are in the process of setting up temporary pumps now. This is yet another example of the problems we face given our aging infrastructure, but we must do better providing basic services despite these challenges.”

Lynne Patton of the Department of Housing and Urban Development also tweeted that temporary water pumps should be up and operational, but water service remained interrupted to the high-rise buildings at the time.

UPDATE: Temporary water pumps should be up & operational within 90 minutes. The house pumps cannot be restored tonight. Water service remains interrupted to the high rise buildings at this time. ~ #VitoMustaciuolo, @NYCHA

Patton also told PIX11 she intended to stay at a NYCHA apartment to see firsthand what tenants go through.

“We are here because we are mad as hell," Diaz Jr. said. "I feel like this is ground hogs day but this is not a joke."

Water was out for a total of eight buildings Sunday afternoon through the evening, public housing sources tell PIX11.

NYCHA officials blamed the issue on the age of buildings.

“This is yet another example of the problems we face given our aging infrastructure, but we must do better providing basic services despite these challenges,” a NYCHA spokesperson said.

Multiple residents confirmed to PIX11 early Monday morning that the water was turned back on.

Officials say it will take decades of work and nearly $32 billion to fix NYCHA developments. City leaders say problems with NYCHA are less about funding and more about mismanagement and lack of transparency.

If you have a story, send a video to Monica Morales at monica@pix11.com.