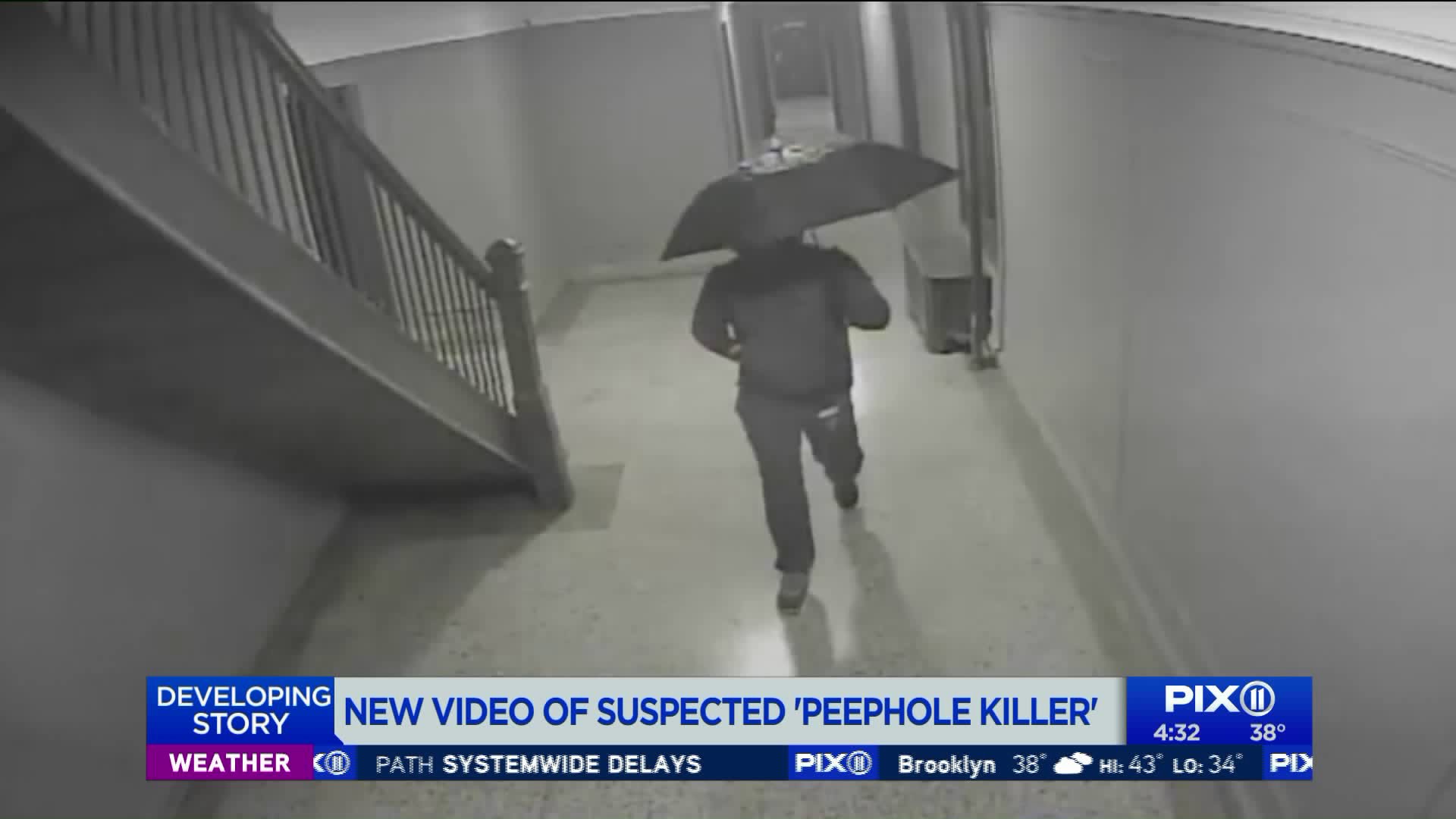 Video of the so-called "peephole killer," accused of fatally shooting a Bronx mother as she looked through her home`s eyehole, was released Friday.

CONCOURSE, the Bronx — Video was released Friday showing the so-called "peephole killer," accused of fatally shooting a Bronx mother as she looked through her home's eyehole.

Wendy Martinez, 45, was shot as she looked through her home’s peephole along Grand Concourse last Saturday night, police said.

Now surveillance video taken right outside her apartment door shows the killer using a mask and umbrella to hide his or her features before knocking on Martinez’s door and killing her, police say.

The man sought is described as being in his 20s with a medium build. He was last seen wearing a dark, hooded jacket; dark-colored baseball cap; gray sneakers; and dark sweatpants with a Miami Heat basketball logo on the left leg.

Martinez was the mother of Brian Solano, a man who served three years behind bars awaiting trial for a murder he didn't commit. PIX11's James Ford spoke exclusively to him following his release last year.

The killing of Solano’s mother may have been gang retaliation, according to private detective Manuel Gomez.

Gomez was the one who found the evidence that could ultimately get Solano's murder charge dropped.

As for her older son, who is Gomez's client, "Solano is devastated," Gomez said. "The whole family is devastated. They're beyond words. They called me crying."