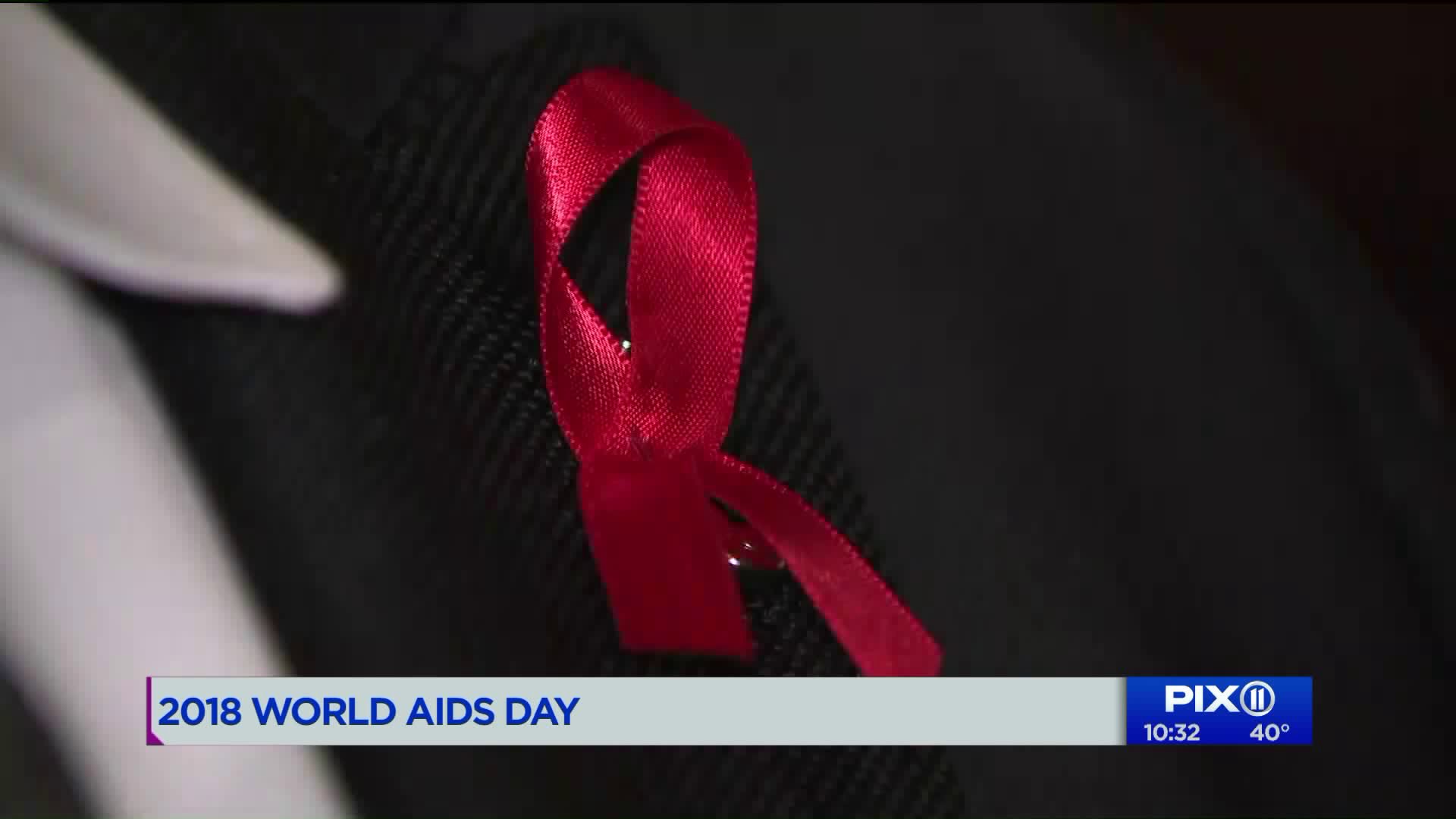 Dec. 1 marks the 30th World AIDS Day. It`s a day dedicated to raising awareness about HIV and those living with it.

NEW YORK — Dec. 1 marks the 30th World AIDS Day.  It’s a day dedicated to raising awareness about HIV and those living with it.

The red ribbon has become a symbol of solidarity for those living with the disease.

The City of New York Office of the Mayor released heartening new statistics released just this week. Last year saw a historic low for new HIV diagnoses—with 2,157 New Yorkers getting newly diagnosed in 2017. That’s a decrease of 64 percent since reporting began in 2001.

“This is a different time for individuals to not just know that they can live longer with the virus but showing them different ways not to just live but to be alive, to feel alive, to really be living in their most healthy, positive way,” said Malika Minott, a program coordinator with the Alliance for Positive Change, an organization that helps New Yorkers living with HIV get the care and support they need.

Minott, who herself was diagnosed HIV-positive 13 years ago, attribute the statistics to education and testing. AIDS is no longer a death sentence.

“It definitely has to do with people being able to get into care and us being able to document those numbers in care and that can do with counseling, with just getting involved in other support groups,” said Minott.

There are events all over the city today and tomorrow to honor World AIDS Day.

Inside St. John the Divine in Morningside Heights this evening, it was not just a commemoration of World AIDS Day, it was more a celebration of life.

“We’re here to honor those who have passed away and to lift up the survivors,” said Kevin Delaigle, with the Cathedral. “It’s also the 30th anniversary of first display of the AIDS memorial quilt.”

St. John the Devine is the largest cathedral in the world and it holds special significance in so many ways. The altarpiece the "Life of Christ” is the last work of noted artist Keith Haring, before his death from AIDS in 1990.

“This cathedral has been an advocate and a shelter for gay folks and accepting and loving for years and years and years,” said Clifton Daniel, Dean of St. John the Divine.

The event began with a reading of names of people who have passed away. It was followed by a choir performance. Manhattan Borough President Gale Brewer was also on hand.

There is much hope that researchers will one day find a cure for AIDS.

“A lot of people now being affected are women and people of color and people who don’t have access to those drugs,” said Delaigle. “We have come a long way but we still have a long way to go.”