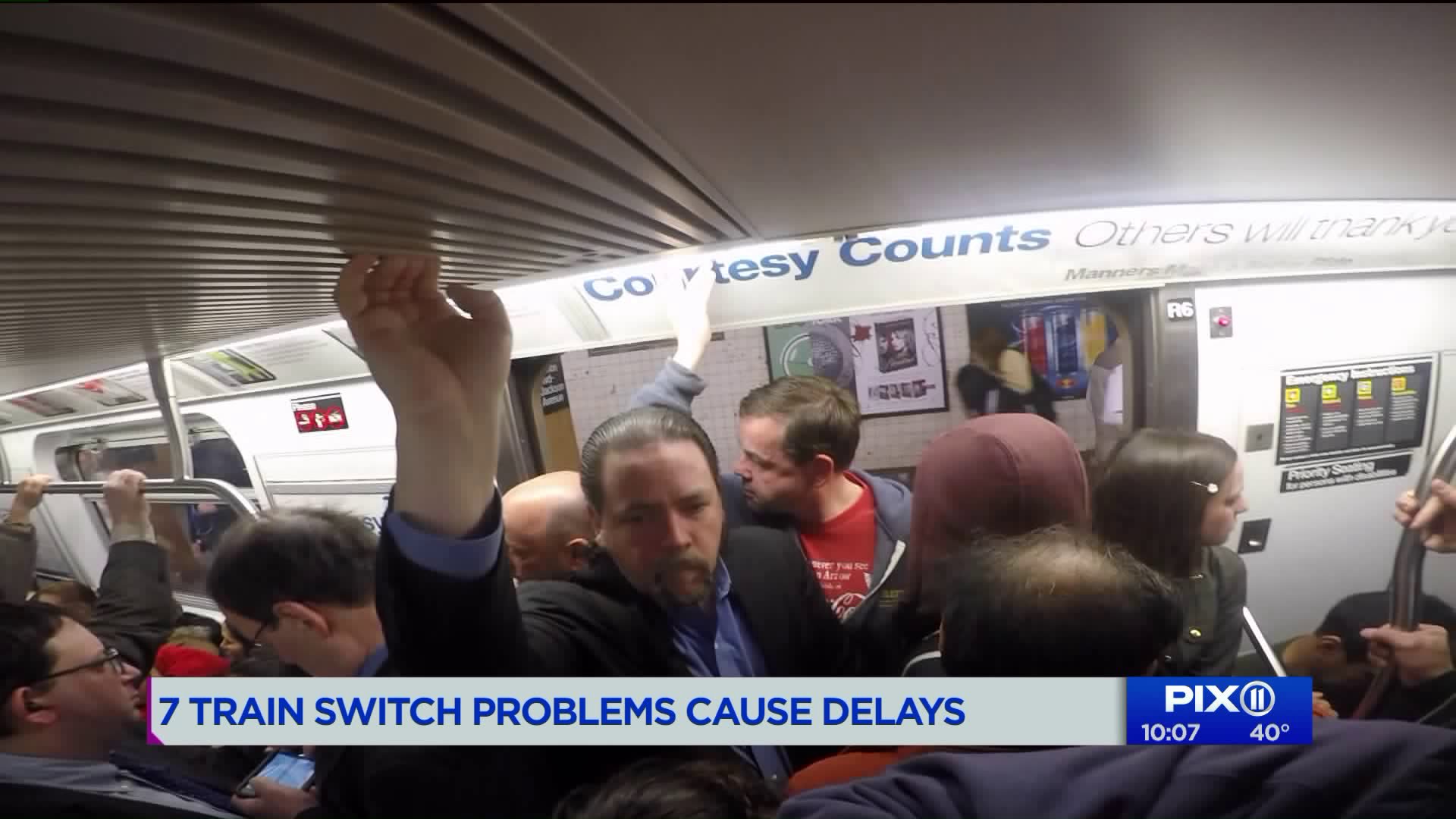 Signal problems along the 7 line are being caused, in part, by the new signal system.

This was the week riders of the 7 train had been waiting for.

The new upgraded signal system went on line Monday along the tracks that stretch about ten miles from Flushing, Queens to Manhattan's West Side.

The more than $500 million project has been in the making since 2011. The technology, known as CBTC (Communication-Based Train Control), allows more trains to run.

As many as two additional trains an hour are planned once the system is completely operational and crew schedules are chosen and finalized.

The line is now controlled by computers, software and sensors on the tracks and trains. Officials and contractors expected there to be a period of adjustment.

“We’re working daily to iron out issues and will be working with the supplier over the next few weeks to optimize the system and do other signal work on the line to complete the transition. We thank our customers for their patience," said an email statement from the MTA NYC Transit Media Office.

The technology is in place along the L line. It has demonstrated improved performance. There was additional work necessary after it was first installed in the early 2000s.

The next project will bring the technology to the Queens Boulevard line serving the E, F, M and R trains. Some of the work is already underway.

The 7 line at Court Square in Queens will be a key alternate route during the L train tunnel work that begins April 27, 2019.  NYC Transit has announced it will increasing frequency during weekday mornings and evenings by a total of 14 additional roundtrips in April 2019.

The Fast Forward Plan, announced by MTA NYC Transit President Andy Byford in May, outlines the modernization of the entire subway and bus system, and the accelerated installation of a modern signaling system on every subway line. Read about that plan here.

Funding for the plan has not been secured. At the 2019 legislative session, lawmakers and New York Governor Cuomo are expected to discuss expanding the congestion pricing plan that is set to begin in January south of 96th Street in Manhattan.

A surcharge on for-hire vehicles traveling south of 96th Street in Manhattan was included in the 2018 budget. It will be a $2.50 surcharge on yellow cabs, and a $2.75 fee for other hail services like Lyft and Uber.