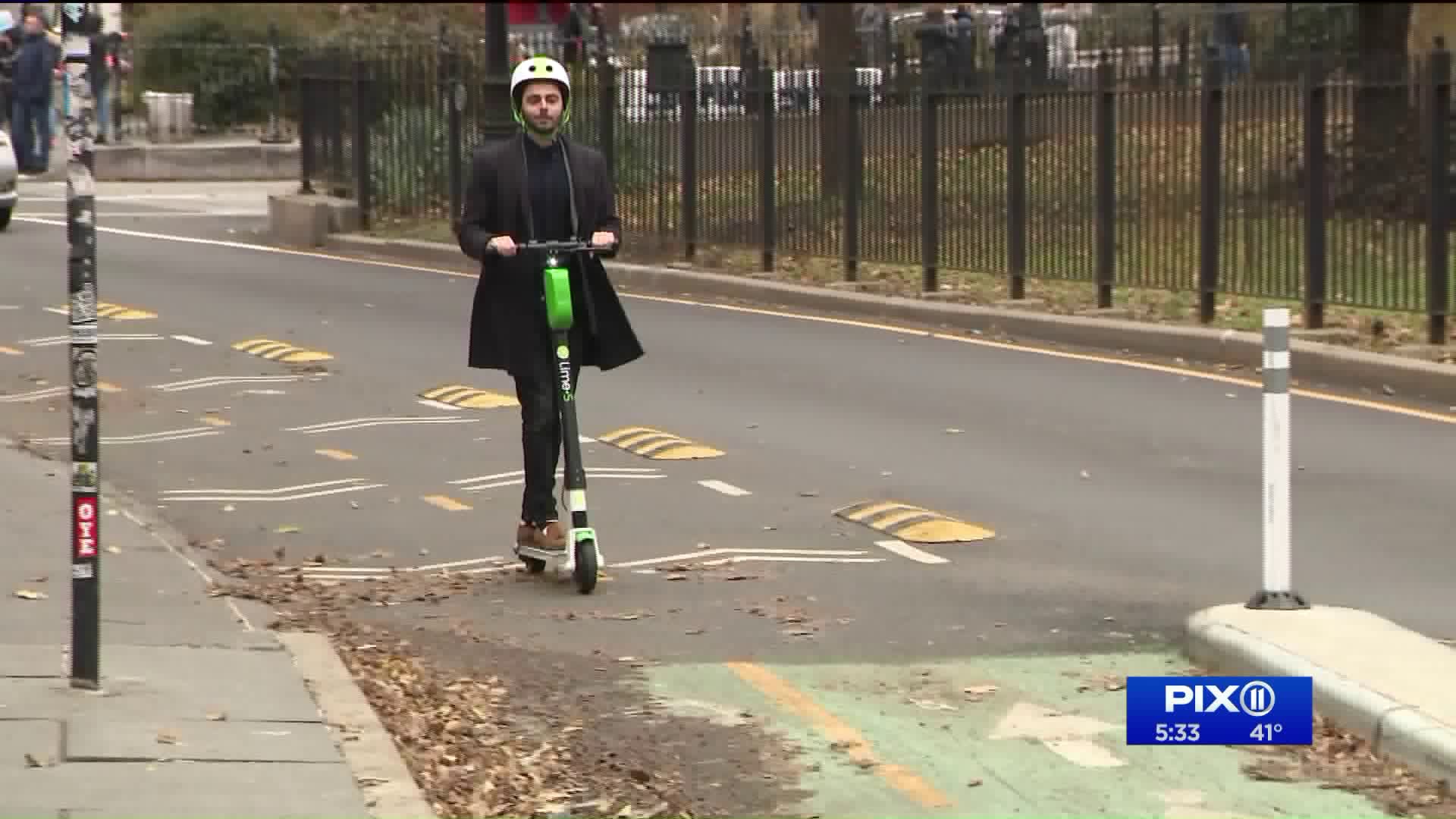 Electronic scooters, which have become a common sight in cities like San Francisco and Los Angels, could soon make there way to the streets of New York.

NEW YORK -- Electronic scooters, which have become a common sight in cities like San Francisco and Los Angels, could soon make there way to the streets of New York.

But not everyone— including the mayor— is happy about it.

“Our MTA is crumbling, congestion is at an all time high, people are looking for alternatives to get around,” said Councilman Rafael Espinal, (D) Brooklyn.

Espinal is among the councilmembers pushing a legislative package that would legalize electronic-assisted forms of transportation.

Usually used for less than two-mile trips like errands or connecting to farther away subway stops— the e-scooters have become popular and controversial in west coast cities.

The proposed New York plan calls for testing the scooters in Brooklyn to help people navigate the L-train shut down.

However, there are safety concerns about riders using the sidewalk, ignoring traffic signals, and leaving the shareable dockless scooters made by companies like Bird and Lime all over the place.

Mayor Bill de Blasio, who’d ultimately have to sign off on the legislation, has been skeptical electronic bicycles for the same reason. Those bikes are currently illegal, but still commonly used by delivery workers.

“I think a scooter presents less of that concern, but it’s still a safety issue,” de Blasio said Wednesday.

Still, council members said they are prepared for a fight, and looking to get a veto-proof majority of 34 votes. They plan to legalized not just e-scooters but also e-bicycles. Many cited social justice issues with immigrant or low-income delivery workers suffering disproportionally when the NYPD enforces the current e-bicycle ban.

The city council is promising hears on the proposed legislation very soon.