MTA prepares for another fare hike next year 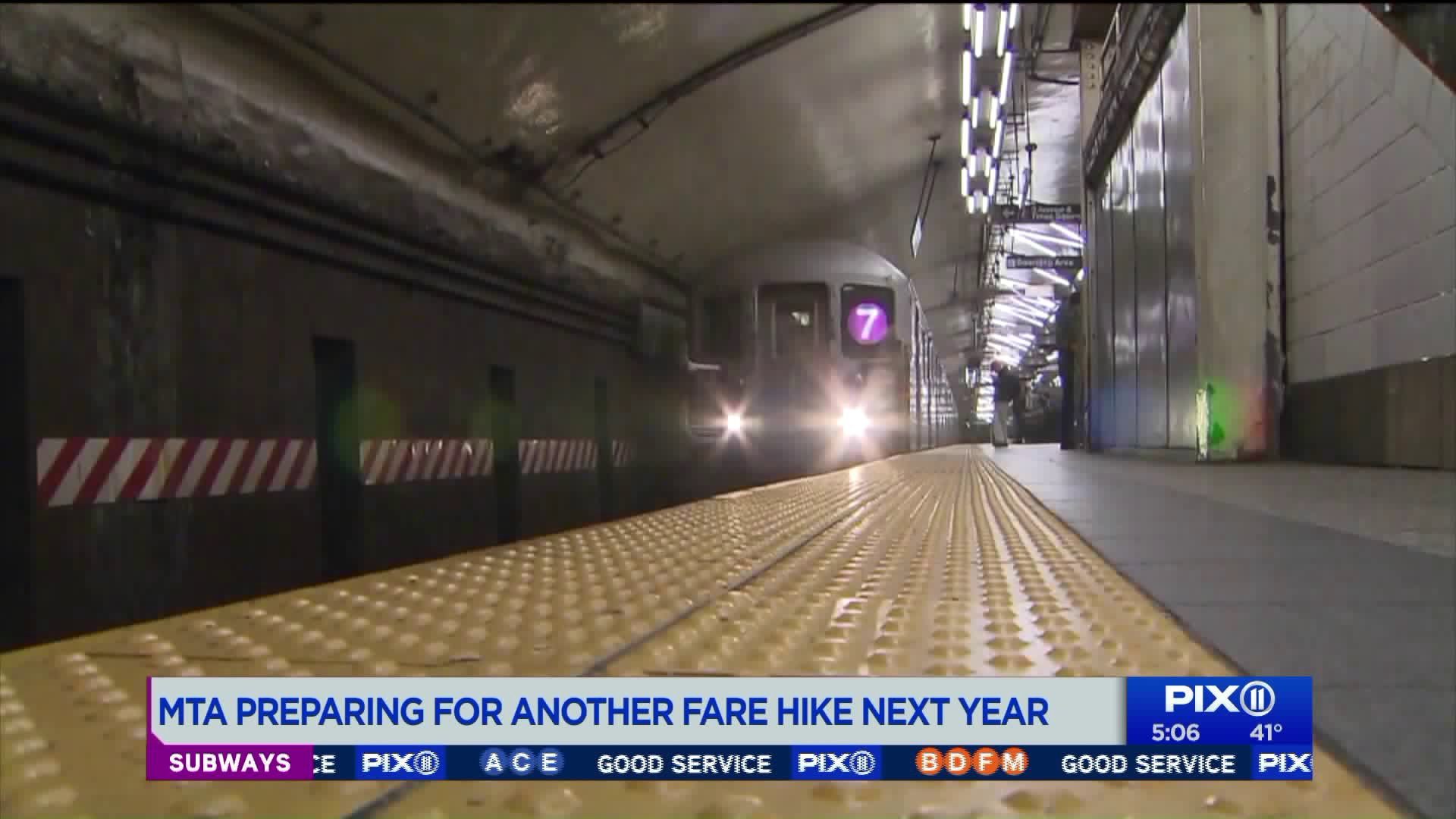 Fares up, service down. The all too familiar MTA formula being proposed as the city`s transportation provider grapples with a billion dollar budget hole.

NEW YORK — Fares up, service down. The all too familiar MTA formula being proposed as the city’s transportation provider grapples with a billion dollar budget hole.

The proposed fare hikes will hit subway riders, LIRR and Metro North customers as well as bridges and tunnels. It could be combined with fewer buses and less train service too.

This is coming as straphangers suffered through another tortured commute on the 7 train, just as the MTA was touting state of the art signal upgrades called “communications-based train control signal system” that just went live that very same day.

The MTA acknowledging the problems saying in a statement, “The 7 line reached a milestone today with full CBTC activated on every segment of the line. This afternoon we had a track circuit failure. Customers will soon enjoy the enhanced reliability and eventually increased train frequencies that CBTC allows as currently seen on the L line.”

There will be a public hearing Tuesday night that will allow riders to weigh in on the new fares.

“I think they should increase their efficiency," Jackson Heights resident Fabio Santos said. "Maybe they should change their administration.”