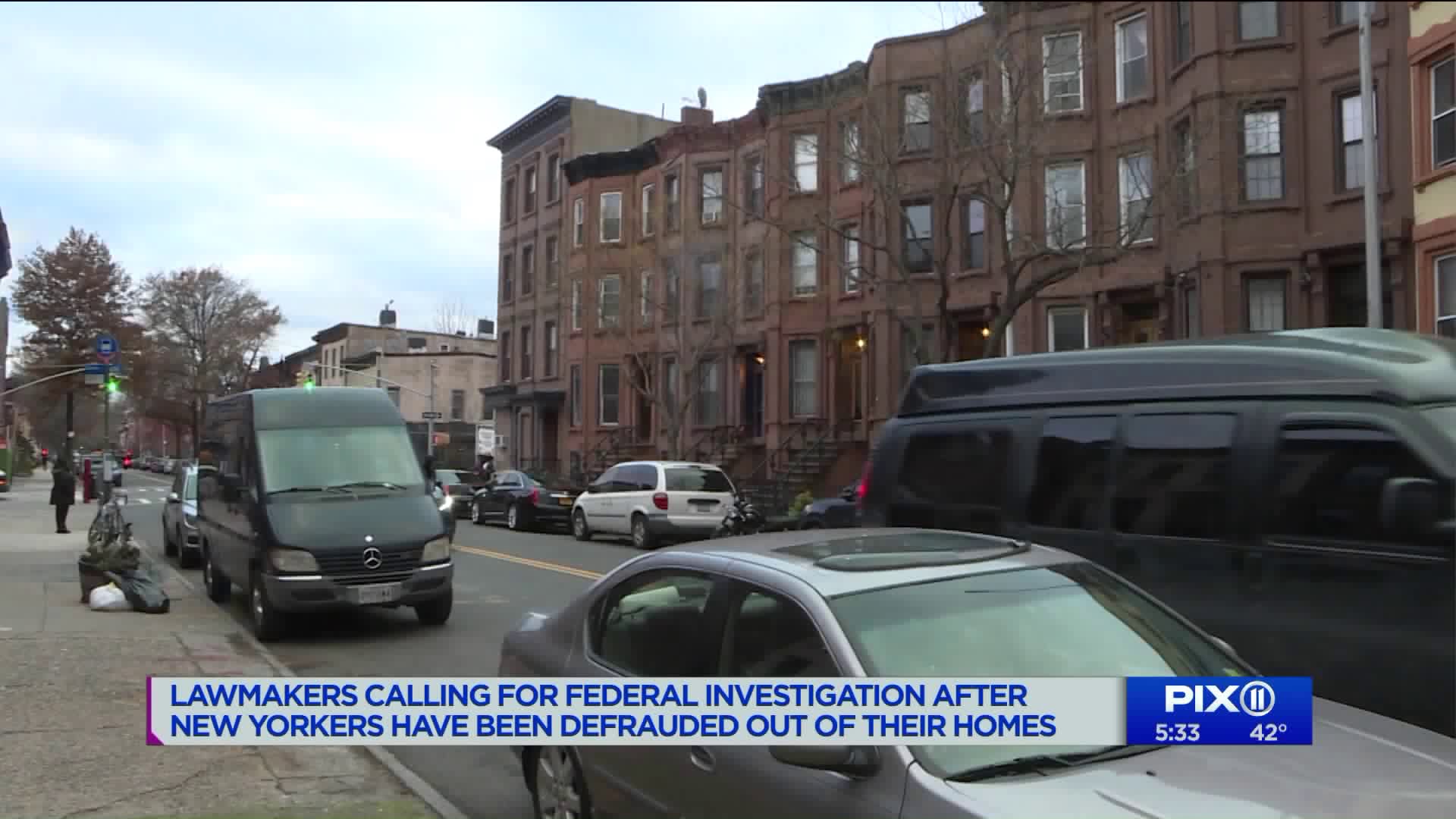 Now elected officials are calling for a federal investigation into the matter, including whether a city program may be partly to blame.

NEW YORK -- Hundreds of homeowners throughout New York City have been defrauded out of their homes. Now, elected officials are calling for a federal investigation into the matter, including whether a city program may be partly to blame.

Van Walker can't go back to his Halsey Street Home in Bed-Stuy because he'd likely get arrested.

Despite still having the property, and mortgage in his name, he says Marshals evicted his family over the summer.

"It was about 4 to 6 of them with guns," Walker said. "You would think my house was some kind of criminal activity going on. I'm embarrassed about that too."

Walker says, even though his home was never foreclosed on, the court ordered him to sell the property to pay overdue fees.

But he says if it hadn't been for $40,000 spent defending his home, that wouldn't have been a problem.

"I could have been caught up already," Walker said.

"There needs to be a moratorium on taking houses from these homeowners until we can make sure that somethings not unethical, illegal, or immoral," said Brooklyn Borough President Eric Adams.

Adams says his office has heard dozens of similar stories over the past year: homeowners in rapidly gentrifying areas, like Bed-Stuy, forced out of their homes. He says it's usually been one of three causes:

"We believe when you have something of this magnitude that could be a large number of black and brown homeowners losing their homes, when the dust settles we cannot look back and say wow we should have paid attention to this," Adams said.

Which is why he and City Council Member Robert Cornegy are calling for a stop on all property seizures pending federal, state, and city investigations. For it's part the city's office of Housing Preservation and Development, which runs the TPT program, says it's unfair to lump it in with other illegal activities scamming people out of their homes.

"We are deeply committed to protecting homeowners, especially from the very real threats of fraud scams and deed theft, but the Third Party Transfer Program is neither of those things," said Spokesperson Matthew Creegan. "TPT is a tool of last resort to improve living conditions for tenants, while guaranteeing their right to remain in their homes as rent stabilized tenants. We are absolutely committed to preserving homeownership wherever we can, but cannot and should not do so at the expense of vulnerable tenants."