Singer who lost leg in car crash inspires others through songs 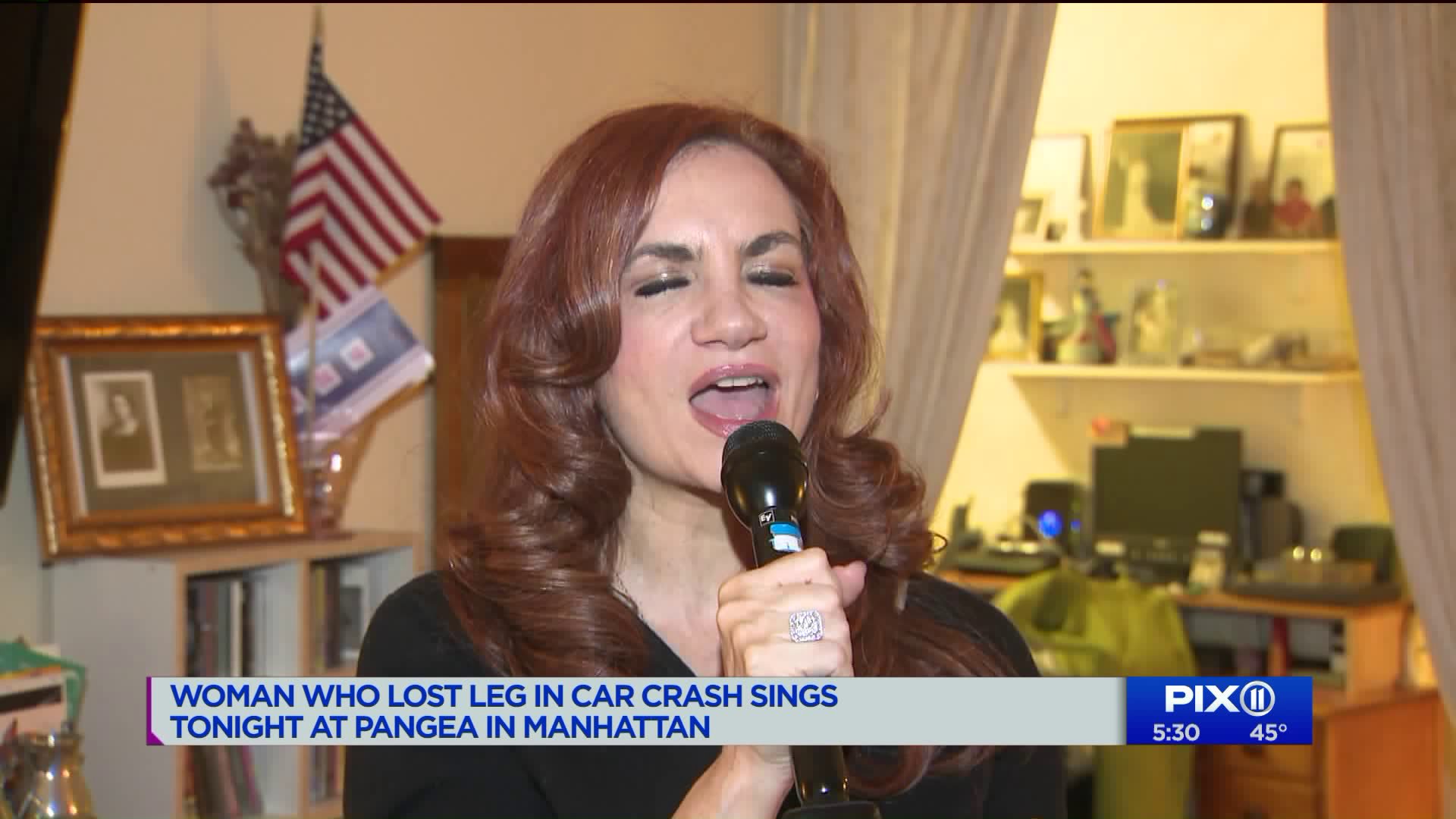 It's been more than 16 years since Theresa Sareo lost her right leg when an impaired driver crashed into her as she was walking on Park Avenue and 34th Street in Manhattan.

MIDTOWN MANHATTAN — It’s been more than 16 years since Theresa Sareo lost her right leg when an impaired driver crashed into her as she was walking on Park Avenue and 34th Street in Manhattan.

Sareo was in a coma for five days. Doctors were able to save her life, but not her leg. After grief and depression, Sareo eventually found her strength.

“Someone at the hospital whispered to me, ‘you’ll do more on one leg than most people do on two,” Sareo told PIX11 News. “I had no idea what that was going to look like."

She has proved to have done just that. Sareo received her prosthetic leg, which she calls Lola, right at the same time young soldiers were coming home from the Iraq War without limbs. Sareo thought it was a way to help.

“When I walked into the physical therapy room at Walter Reed and I saw a room full of blown up kids,” Sareo told PIX11 News. “It was an experience that I will never forget. They told me their stories and I wrote a a song, “Through a Soldier’s Eyes."

There’s a documentary about Sareo's work with veterans called "Alive Again" and Kathy Lee Gifford and David Friedman wrote a song, "The Melody of You, for Theresa." It will be part of Sareo's inspirational show at Pangea in the East Village on Saturday night.

“Unexpected blessings can come from tragedy if you keep your heart open,” Sareo said. “I am passionate about the power of music."

After performing at Pangea, Sareo will be singing at The Duplex in Greenwich Village and at cabaret venues across the city.