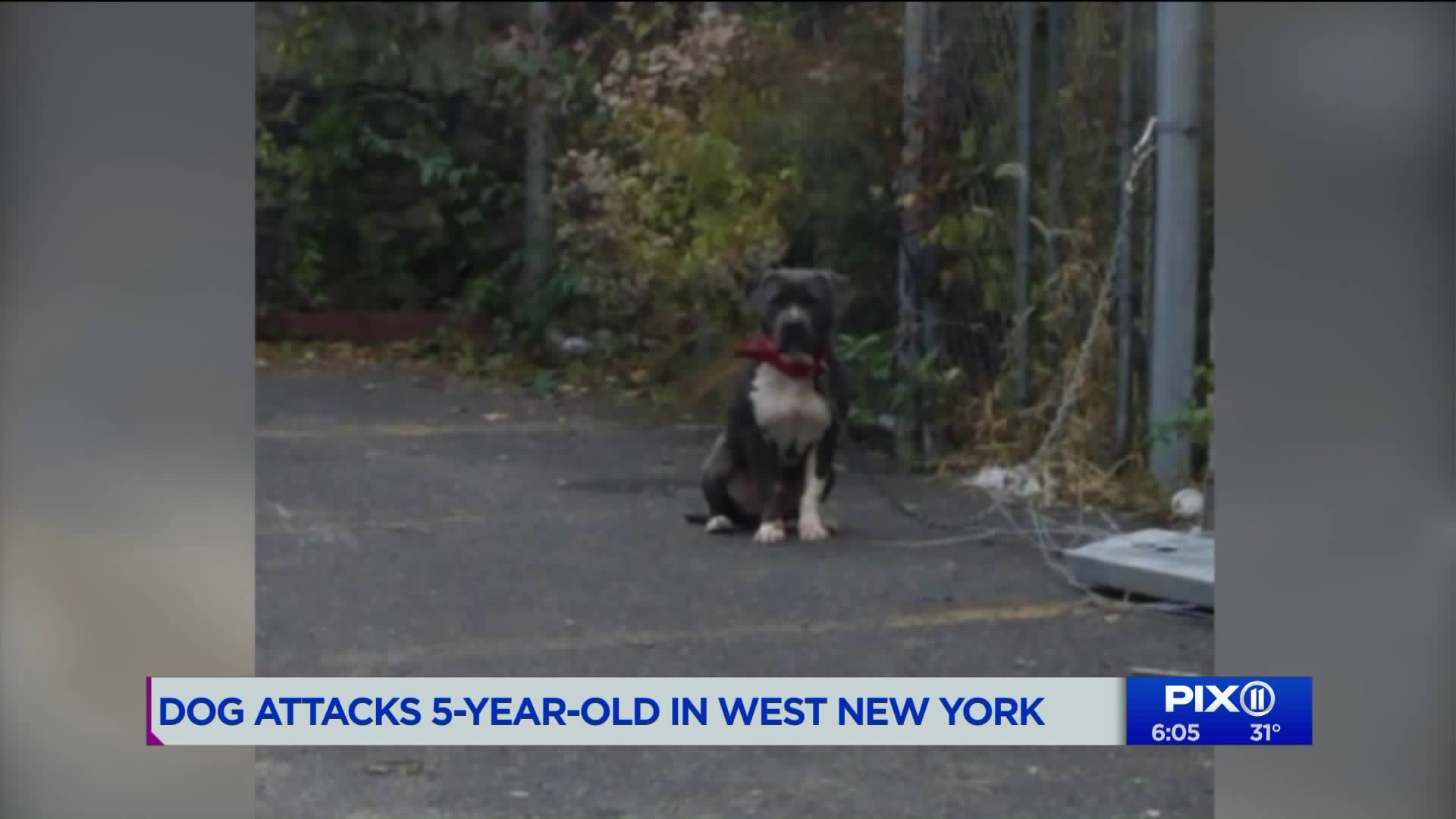 Skyler Gutierrez, 5, was walking to school with his mom and 3-year-old brother when the family said a dog ran off a construction site on Hudson Avenue and clamped down on his left leg.

WEST NEW YORK, N.J. — Skyler Gutierrez, 5, was walking to school with his mom and 3-year-old brother when the family said a dog ran off a construction site on Hudson Avenue and clamped down on his left leg.

"I heard the barking, I screamed," Gutierrez said.

Skyler's mom, Sofia Babani, said she tried to shield her children from the grey-and-white pit bull.

"I was screaming and calling out for help. You know, dealing with him crying," she said. "His screams were what was killing me the most. You don't know what to do. For me, it was a moment of helplessness."

Babani said the dog's owner did run out of this construction trailer to grab the dog, and he was apologetic, but she wants answers about what will be done to ensure this doesn't happen again.

"It’s not a friendly dog. This dog is out and willing to attack. Not willing, it’s gonna attack," she said.

PIX11 also spoke to the dog's owner, Drago Rodriguez, and he promised to remove the dog from the job site and he vowed to pay Gutierrez's medical bills.

The boy suffered puncture wounds and had to get stitches at the hospital.

Rodriguez insisted that the dog is not vicious, but he is tied up at the job site for security after people broke in to trash the site and steal materials.

According to the police report, the dog got loose when a construction worker left this gate open.

Police confirm they are investigating.

The family has also been in touch with the West New York Health Department.