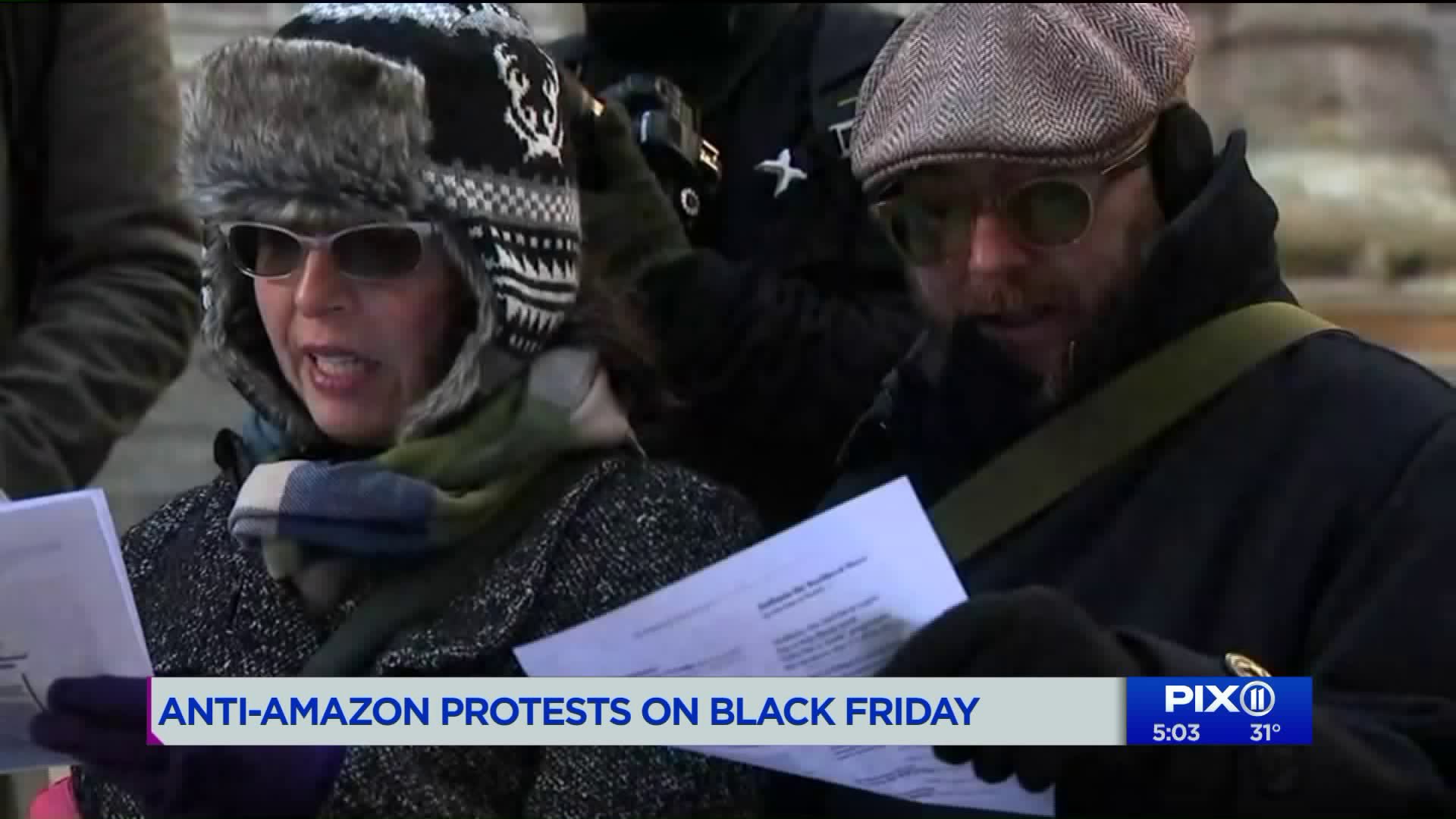 Crowds of carolers filled New York City streets on Black Friday, but with some unusual lyrics. The cheerful seeming protestors asked shoppers to boycott Amazon, which announced earlier this month plans to open headquarters in Long Island City. Now those against the move want others to support local businesses.

MANHATTAN — Amazon protesters gathered on the steps of the New York Public Library to rehearse their anti-Amazon holiday songs on Black Friday.

A particular protest favorite, they said, was to the tune of the dreidel song, criticizing Jeff Bezos, the head of Amazon.

It begins with the words: “Bezos Bezos Bezos, your heart is made of clay. But app the politicians line up to be your bar.”

These Amazon demonstrators had a three-pronged message: to publicly oppose the Amazon headquarters deal for Long Island City, to demand that politicians acknowledge what they consider Amazon’s unethical corporate practices and also what they see is Amazons collusion with Immigration and Customs Enforcement.

“Our message on block Black Friday is the New Yorker should be conscious of where they’re shopping,” said Amy Herzog, a rally organizer. “They should shop local, and support women and owners of color."

On this same day, in Long Island City, anti-Amazon graffiti was painted near the proposed site of the headquarters.

And by the Amazon bookstore on West 34th street, shoppers were confused by the anti-Amazon caroling.

“I think amazon is progress,” passerby Sharone Karten said. “But I also think you should shop small."

These Amazon protester said the demonstrations will be continuing on Cyber Monday at 5 p.m.