Jury deliberates into the night, but no verdict yet in the Queens jogger murder and sex crime case 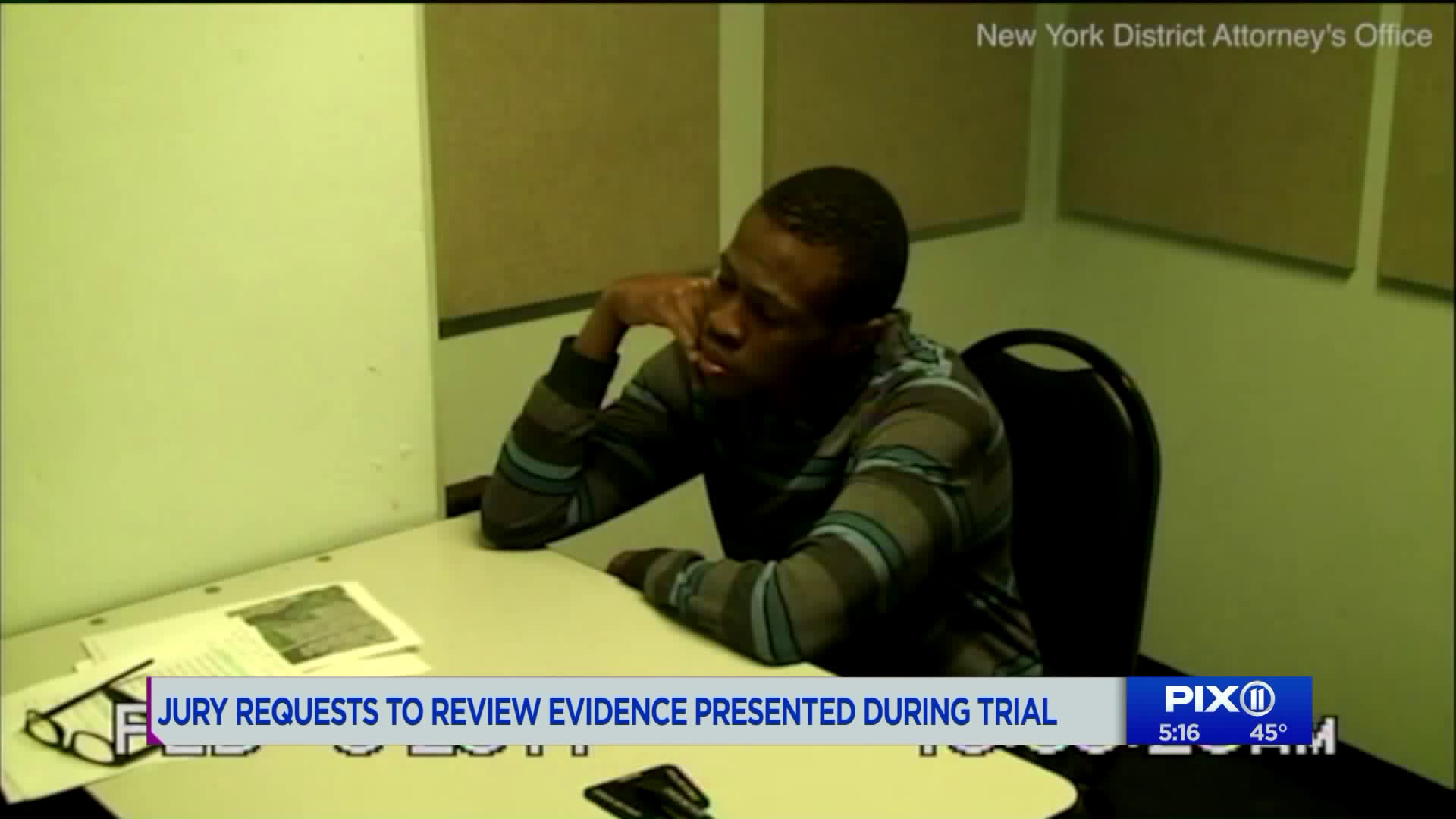 The 30-year-old victim had been sexually abused and strangled. Her father discovered the body.

KEW GARDENS, Queens — It's a murder case that kept the city on edge for months, and which now may be close to a verdict.  Karina Vetrano was 30 years old when she was killed while jogging in the early evening on Aug. 2, 2016.  Six months later, Chanel Lewis, 22, was arrested for the crime.  He was charged with her murder as well as for sexually abusing Vetrano.  He confessed twice, and some DNA evidence points him, but he and his attorneys insist that he's not guilty.

Lewis sat at the defense table on Tuesday, as an jury of seven women and five men decided his fate.

The jury was very busy.  Over the  course of the day, their first full one deliberating, they asked for a variety of information to be presented to them, including:
-a photo of neck injuries and the necklace Vetrano was wearing when she was killed
-the suspect's cellphone web searches and photos after Vetrano died
-the evidence report on where his DNA was found on Vetrano and her belongings
-a diagram of the crime scene
-photos of the trail where she had jogged when she was murdered
-phone records from Lewis and Vetrano
-a reading of the jury charge
-cellphone tower information from the area
-both videos of Lewis confessing to the crime
-autopsy photos of the victim's neck, leg, rear end and wrist
-a full read back of the 74 pages of the DNA expert's testimony
-a map of the park where the alleged attack took place, drawn by Lewis during his confession

Lewis' s attorneys told PIX11 News that they were pleased that the jury was fully considering their client's case.

Their consideration, by direction of Judge Michael Aloise, went well into the evening.  The jury's last request, for the read back of trial testimony from a DNA expert, went past 8:30 P.M. Tuesday.  The jury had convened about 11 hours earlier.

Vetrano's parents, as well as a few dozen relatives, friends and supporters, stayed at court all day and into the night as well.

At one point, when videos of Lewis's two confessions were played, Vetrano's mother, Cathie, rocked in her seat, and had to be comforted by a friend.  The video also visibly affected Vetrano's father, Phil.  After the first of the two confession videos played, he walked out of the courtroom, red-faced.