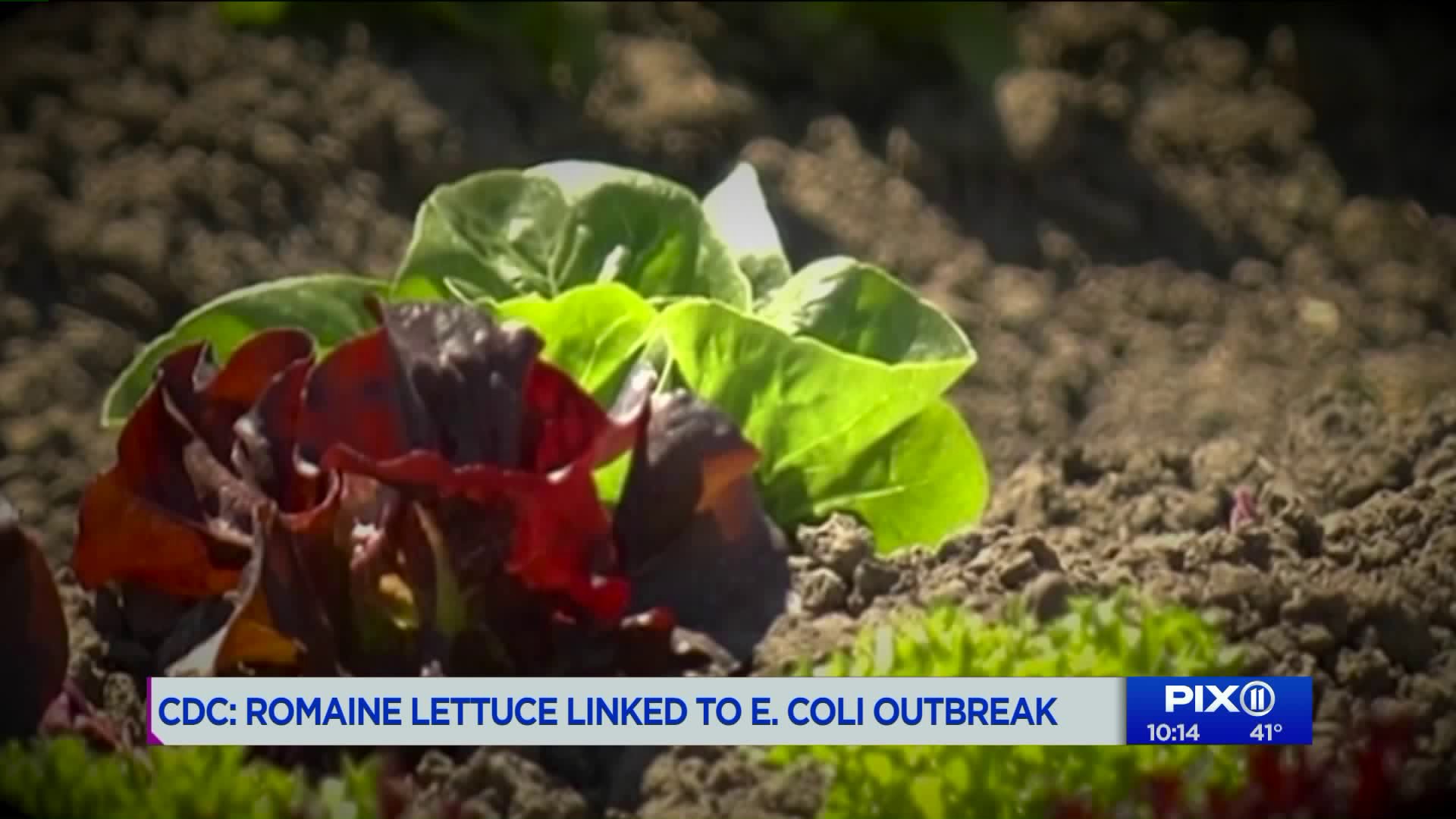 The U.S. Food and Drug Administration said it is working with officials in Canada on the outbreak, which has sickened 32 people in 11 states and 18 people in the Canadian provinces of Ontario and Quebec.

NEW YORK — Health officials in the U.S. and Canada told people on Tuesday to stop eating romaine lettuce because of a new E. coli outbreak.

The U.S. Food and Drug Administration said it is working with officials in Canada on the outbreak, which has sickened 32 people in 11 states and 18 people in the Canadian provinces of Ontario and Quebec.

The strain identified is different than the one linked to romaine earlier this year but appears similar to last year's outbreak linked to leafy greens.

FDA Commissioner Scott Gottlieb said the agency doesn't have enough information to ask suppliers for a recall, but he suggested that supermarkets and restaurants should withdraw romaine until the source of the contamination can be identified.

The contaminated lettuce is likely still on the market, Gottlieb told The Associated Press in a phone interview Tuesday.

He said FDA wanted to issue a warning before people gathered for Thanksgiving meals, where the potential for exposure could increase.

"We did feel some pressure to draw conclusions as quickly as we could," he said.

Most romaine sold this time of year is grown in California, Gottlieb said. The romaine lettuce linked to the E. coli outbreak earlier this year was from Yuma, Arizona. That outbreak, which sickened about 200 people and killed five, was blamed on tainted irrigation water.

No deaths have been reported in the current outbreak, but 13 people in the U.S. and six in Canada have been hospitalized. The last reported U.S. illness was on Oct. 31, while and the most recent illness in Canada was early this month.

Tracing the source of contaminated lettuce can be difficult because it's often repackaged by middlemen, said Sarah Sorscher, deputy director of regulatory affairs at the Center for Science in the Public Interest. That can mean the entire industry becomes implicated in outbreaks, even if not all products are contaminated.

The CDC continues to investigate the outbreak.

“We understand this outbreak is of concern to many Americans – especially with so many gathering for meals this Thanksgiving week. CDC’s disease detectives are working with federal regulatory partners to investigate and determine the source of contamination as quickly as possible. We will continue to provide more information as it becomes available. The good news is we were able to detect and identify the outbreak quickly through our disease surveillance system, which can prevent further illness," a spokesperson said in a statement.

"One of the problems with produce is that it can be very hard to trace back," she said.

Infections from E. coli can cause symptoms including severe stomach cramps, diarrhea and vomiting. Most people recover within a week, but some illnesses can last longer and be more severe.

Health officials have also been reminding people to properly handle and cook their Thanksgiving birds amid a widespread salmonella outbreak linked to raw turkey. Last week, Hormel recalled some packages of Jennie-O ground turkey that regulators were able to tie to an illness.

But unlike with romaine lettuce, regulators are not warning people to avoid turkey. Salmonella is not prohibited in raw meat and poultry, and the U.S. Department of Agriculture, which oversees raw meat, said cooking should kill any salmonella.