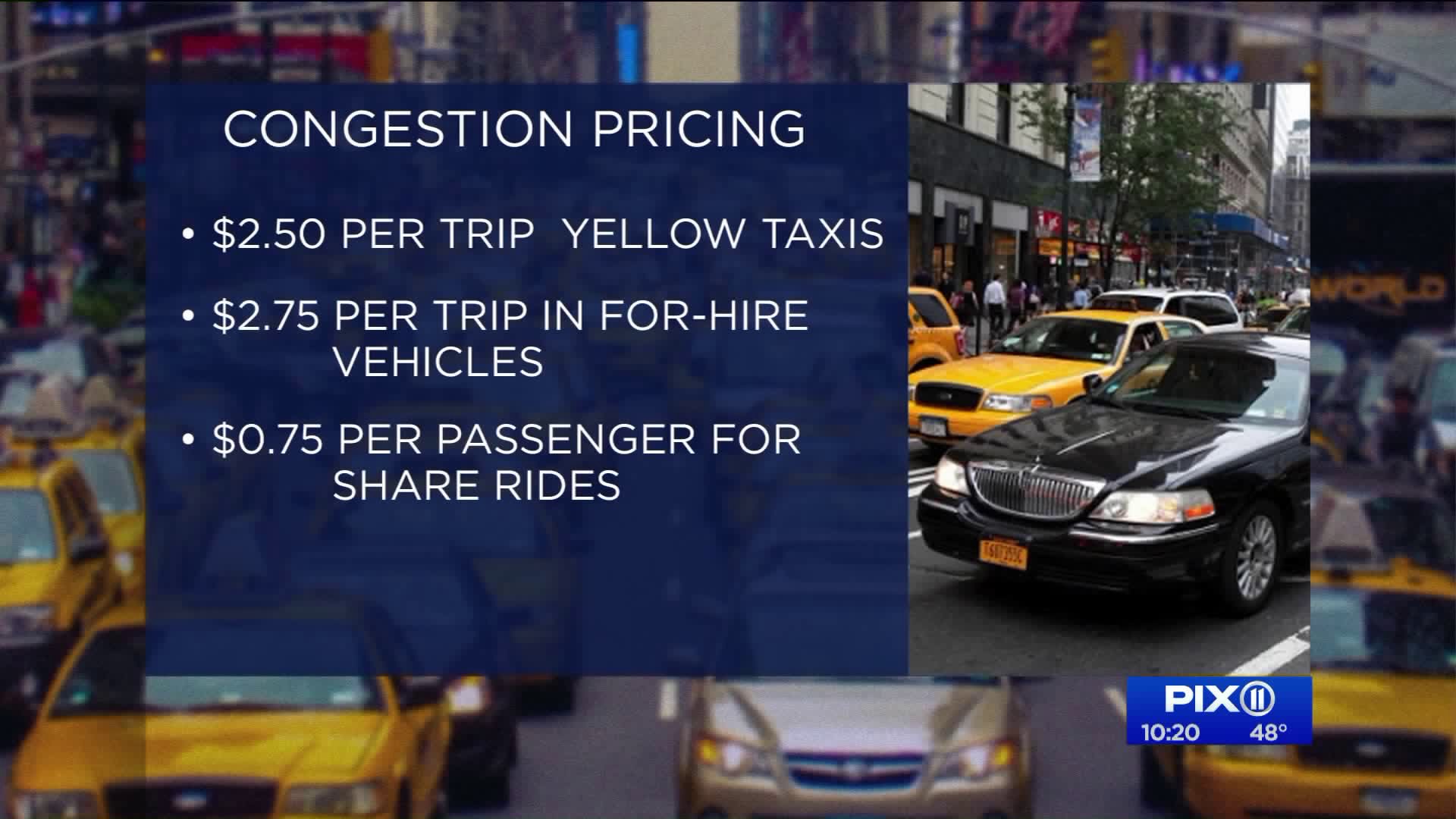 The State passed the plan during the 2018 legislative session with support from the Governor. The city is finalizing the rules now and it`s set to take effect January 1 on ride apps, for-hire-vehicles, and taxis.

This traffic report isn't about delays or congestion.

It's about the cost of travel in part of Manhattan and funding for the MTA and NYC Transit.

State lawmakers with support from Governor Andrew Cuomo included the first phase of the congestion surcharges in the state budget agreement in the spring of 2018.

Read the details and watch a complete video of Monday's testimony at NYC Council's For Hire Vehicle Committee here.

The NYC Taxi and Limousine Commission will hold a public hearing on the rules November 28.

The money is marked for transit in New York City. As much as $400 million could be raised each year.

The next phase is expected to be discussed during the legislative session that begins in January. Earlier plans have suggested it would apply to all vehicles within certain boundaries.

Some of the ride-hail companies, including Uber and Lyft, have expressed support for some forms of congestion pricing.

NYC taxi drivers are asking the city to exercise "home rule" and exempt yellow cabs from the surcharge because of declining medallion values. Eight drivers have committed suicide over financial problems.

Passengers in yellow cabs currently pay a surcharge for the MTA. In a ride-hail vehicle, tax is charged.

A new app for taxis went on-line this year called waave. For the first time, riders can use the app to hail taxis, pay and get a fixed rate. The app is also offering a 50 percent discount for some rides into Manhattan from the other boroughs.