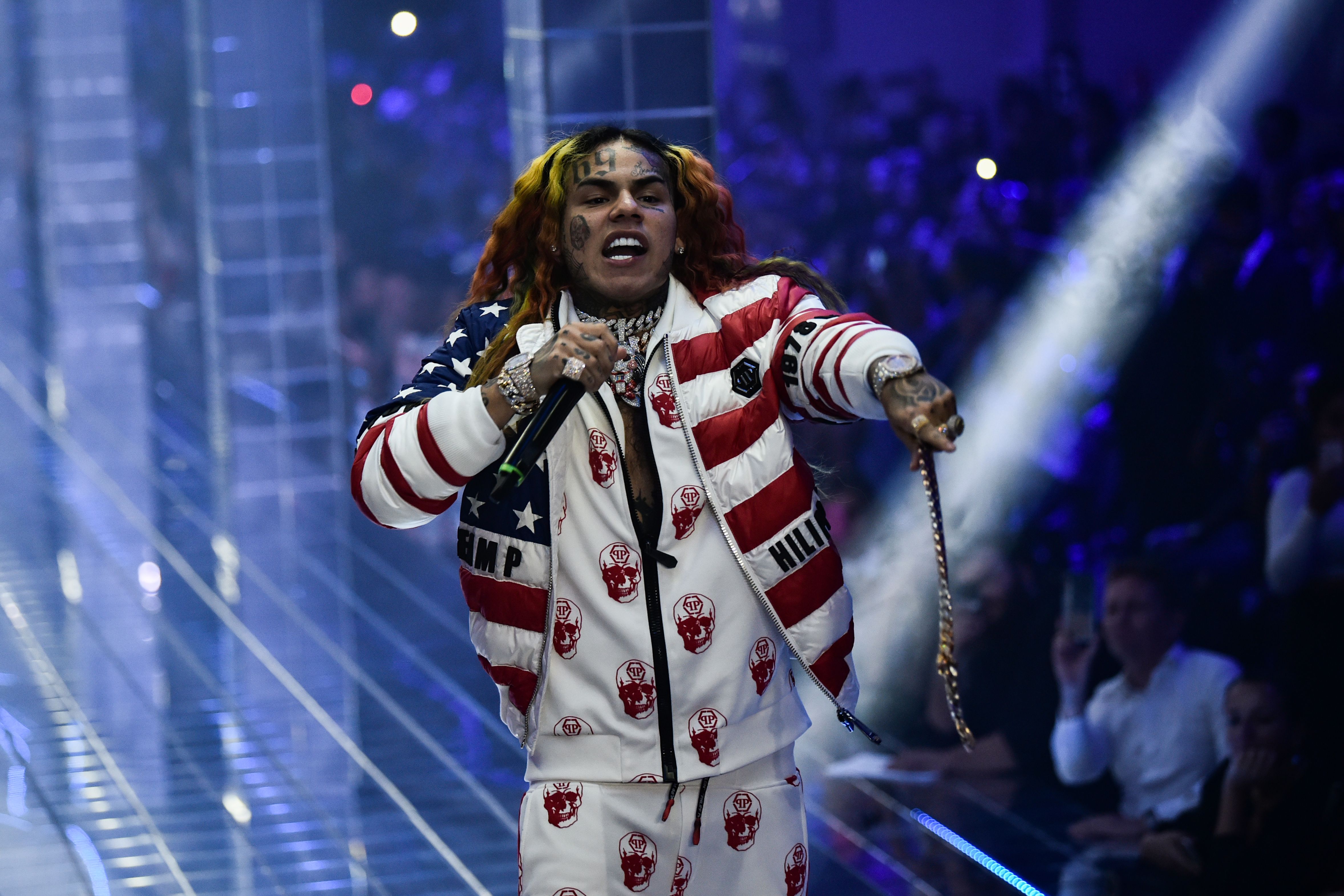 Brooklyn-born rapper Tekashi 6ix9ine has been arrested. He faces racketeering and firearm charges.

The 22-year-old rapper, whose birth name is Daniel Hernandez, will be arraigned in federal court Monday.

TMZ reports the arrest was a joint effort between ATF, NYPD and Homeland Security. Hernandez's former manager, Kifano Jordan, and three of his associates were arrested as well.

Three days ago, Hernandez took to Instagram to share he fired his whole team, including his manager, booking agent and PR manager. "It's just me," Hernandez is heard saying on video.

Last month, Hernandez was sentenced to four years probation for using a child in a sexual performance. The 22-year-old rapper pled guilty after online videos surfaced of him sexually engaging with an underage girl in 2015.

Hernandez was seen touching and fondling the minor's body parts, and standing behind her while "making a thrusting motion with his pelvis and smacking her on the buttocks," according to a complaint filed with the criminal court of New York.

At the time of the incident, Hernandez was 18 years old. The minor was 13.

Hernandez originally faced 1-3 years behind bars. In addition to his probation, the rapper will have to complete 1,000 hours in community service.

Hernandez was previously arrested in July on a Texas warrant for allegedly choking a 16-year-old.

As a minor, Hernandez served time for selling heroin and assaulting the owner of a bodega, the music website genius.com reported last year.

According to NYS courts, if convicted on racketeering charges, the rapper faces a fine up to $25,000 and a maximum sentence of 20 years in prison.