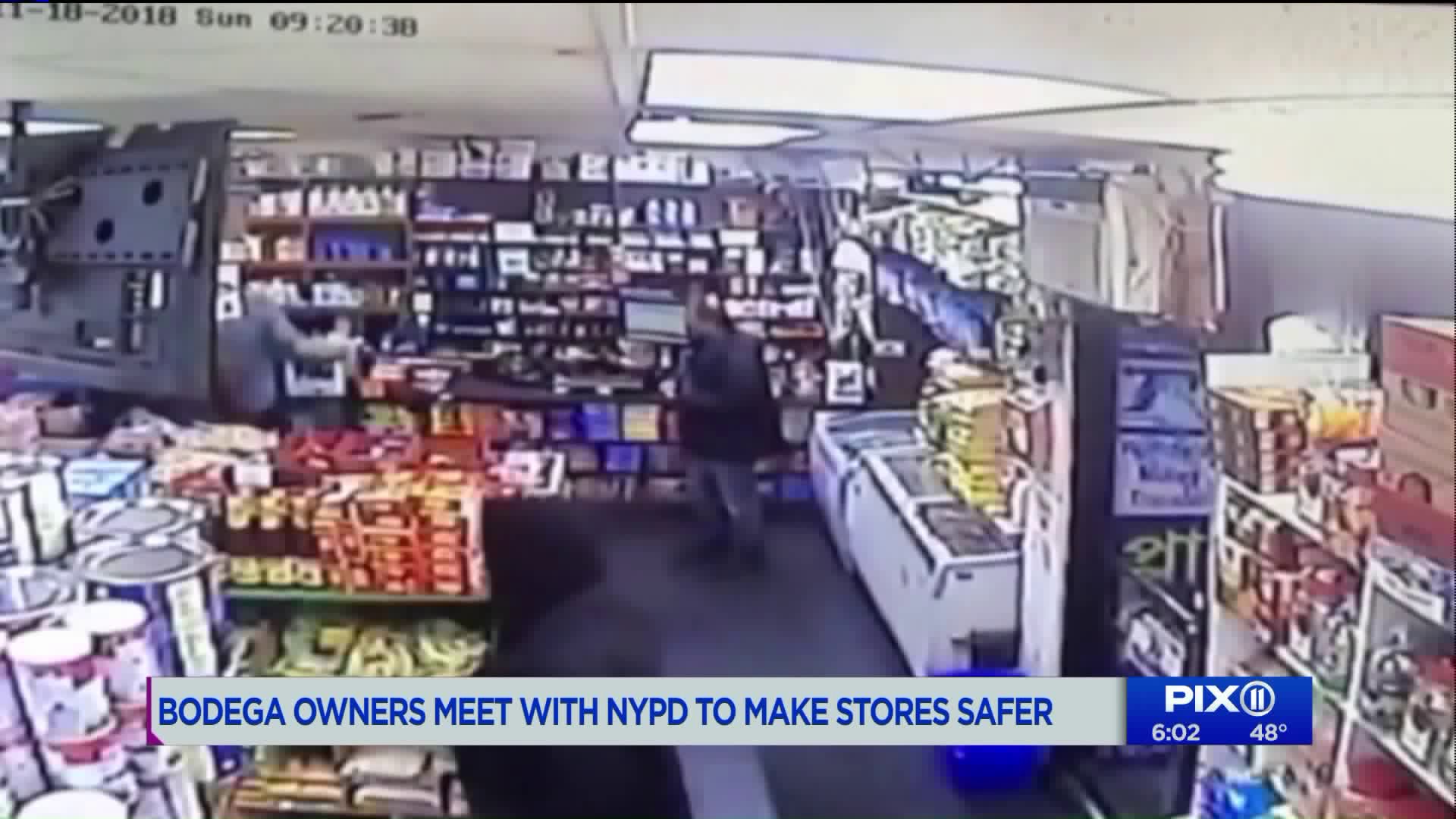 United Bodegas of America was formed after the death of Junior Guzman-Feliz.

“We’re going to have a conversation see what we can do,” NYPD Chief of Department Terence Monahan said before the meeting.

Fernando Mateo of the United Bodegas of America group said the need for better security is urgent, “what does a bodega owner do when a group of thugs or gang members rush in and try to kill someone?”

The bodega owners called for the NYPD to help them with panic buttons for emergencies, training on how to handle violent situations and live surveillance video feeds from inside their stores to local precincts.

Police agreed to work with the shop owners on all of their requests except for tasers and pistol permits, which police said were too dangerous, according to United Bodegas of America.

On Monday night's Mary Murphy Files, Leandra Feliz, the mother of Junior Guzman-Feliz, who was killed at a Bronx bodega in June, thanked the owner of another bodega who saved the life of another teen boy who was being attacked by gang members: