Off-Broadway play, “Gloria: A Life,” fundraises for Time’s Up against sexual assault 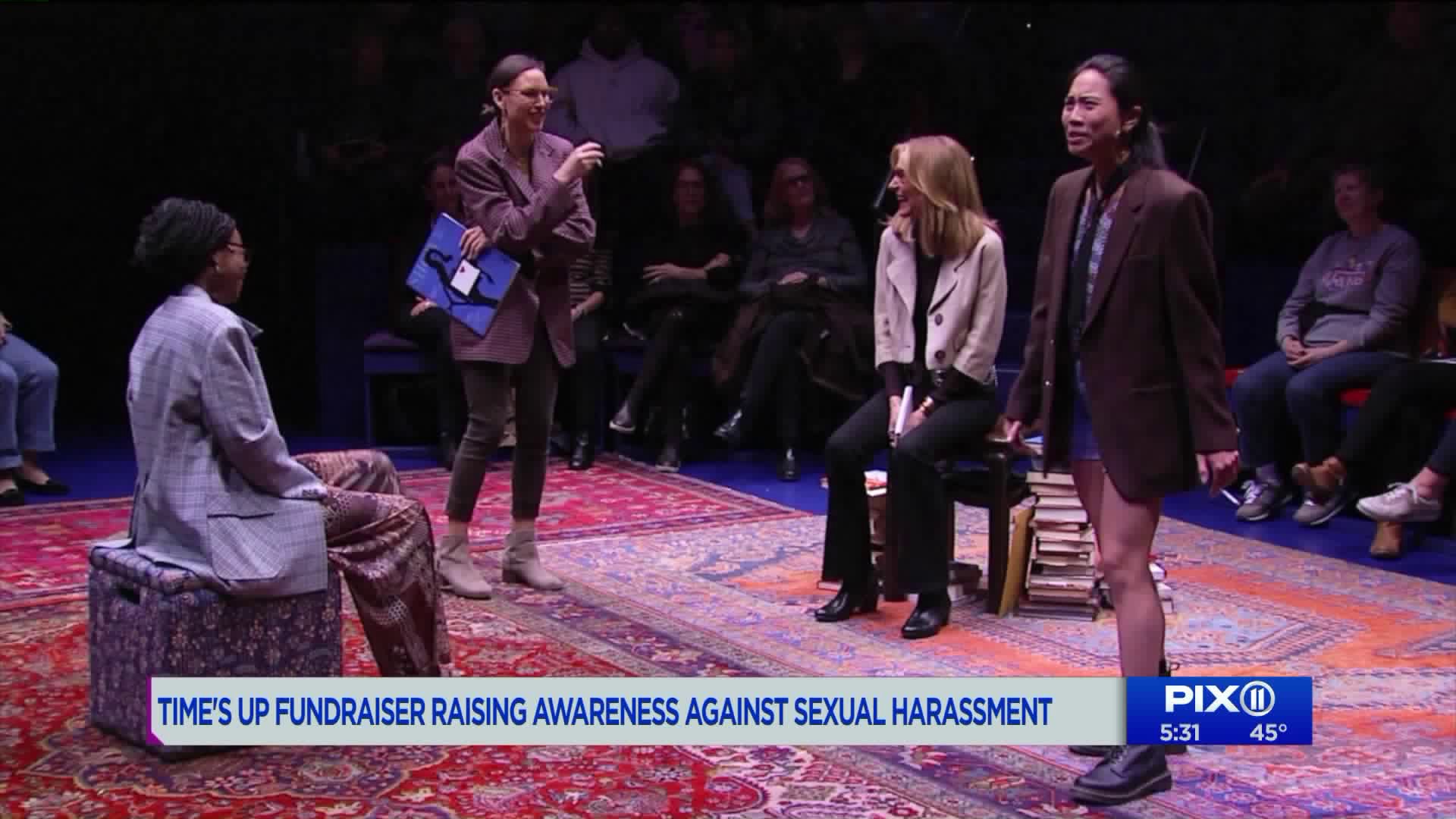 "Gloria: A Life," is an off-Broadway play about the women`s rights movement starting in the 1960s and follows Gloria Steinem as she began her own personal journey as the feminist leader in what she always calls a leader-less movement.

UNION SQUARE, Manhattan — "Gloria: A Life," is an off-Broadway play about the women’s rights movement starting in the 1960s and follows Gloria Steinem as she began her own personal journey as the feminist leader in what she always calls a leader-less movement.

This matinee also served as a fundraiser for Time's Up against sexual assault, part of the #MeToo movement, which started in the wake of sexual assault and rape charges against Harvey Weinstein.

“Gloria Steinem is our spirit mother. She cleared out a path, not only for women, but for society,” Lisa Borders, President of Time’s Up, told PIX11. “This is a celebration of her life, but there’s a lot of history, too, we can all learn from."

It's a 90-minute play which also includes a half-hour taking circle where women of all ages can talk about the issues facing them today.

“I think this is really important right now,” Lyla Rose, an audience member, told PIX11 News. “And just coming together and having the talking circle was great.”

“It was magical, empowering. I am at a loss for words,” audience member Ashley Stevenson told PIX11 News. “So happy to witness it.”

The play ends on a hopeful note, as Gloria Steinem herself uses the phrase, asking all of us to be “hope-a-holic.”

Christine Lahti, the actress, plays Gloria Steinem. She says playing at the Time’s Up fundraiser "was special. I sensed the fire in everyone’s belly. It helped ignite my own fire. It helps me in my own kind and for activism."

There is a special way through the hope-aholic program to sponsor student groups to see "Gloria: A Life." For more information, call 212-957-1222 or e-mail christophe@rothproductions.com.