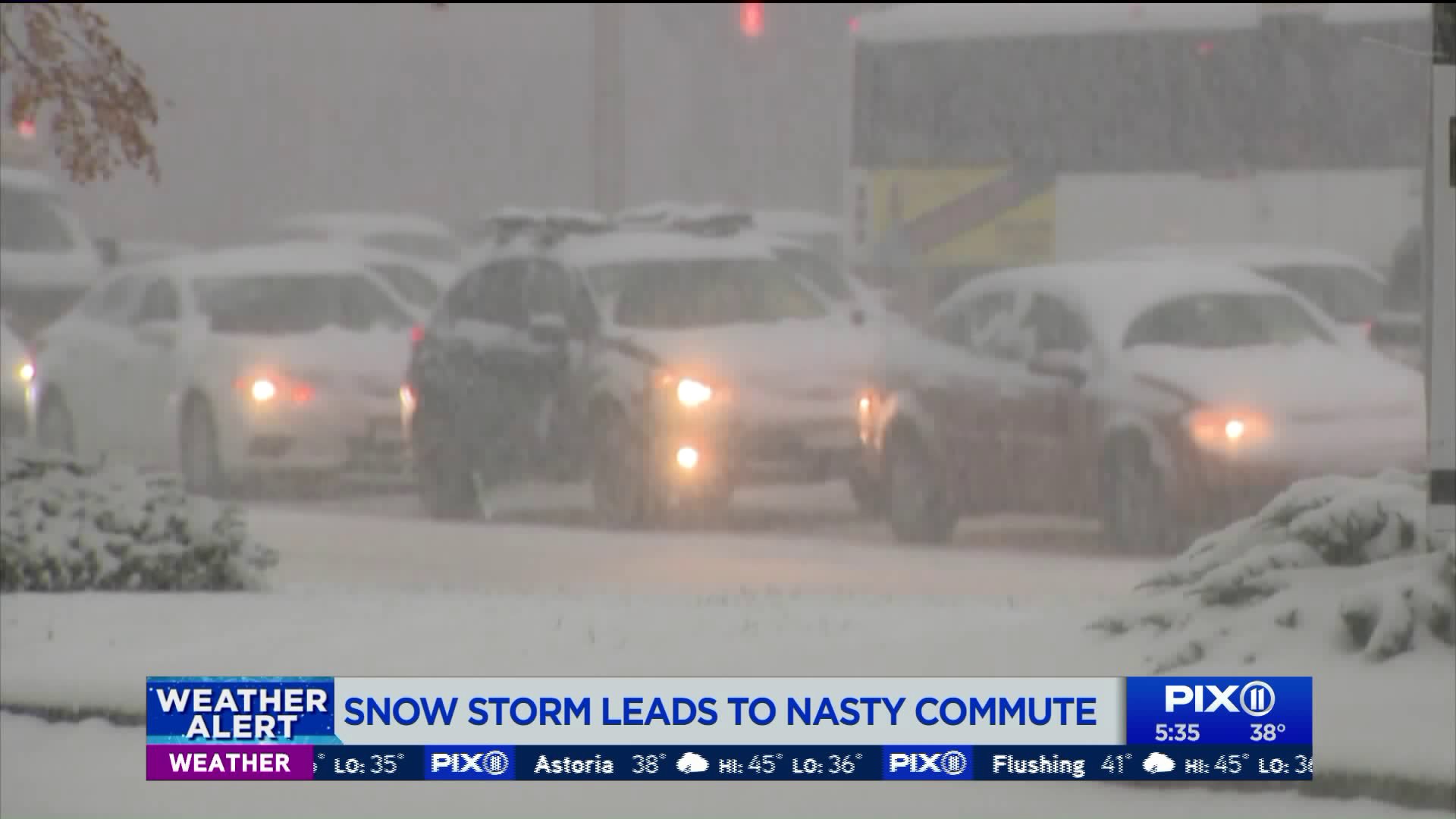 As the snow moved through the tri-state area Thursday, many commuters were left frustrated with traffic gridlock and train delays, trickling into Friday.

NEW YORK — As the snow moved through the tri-state area Thursday, many commuters were left frustrated with traffic gridlock and train delays, lingering into Friday.

As Friday deals with the residual effects of the storm, several transit services are suspended or delayed and roads continue to deal with traffic.

Those traveling should allow extra time to travel.

The Major Deegan Expressway is experiencing heavy traffic due to abandoned and disabled vehicles on the expressway and congestion.

On Route 280, cars and tractor trailers were abandoned on the shoulders of the road and exit ramps.

DeCamp Bus service is currently suspended due to driver availability, the company tweeted.

Gladstone service on the NJ Transit is suspended.

Commuters traveling on the Metro North should expect 5 to 10 minute delays on the Harlem, Hudson and New Haven line.

PATH and LIRR service is operating on or close to schedule.

During the storm, Port Authority Bus Terminal was forced to shut down the 2nd and 3rd floor of the terminal because of overcrowding.

Bus service was delayed for about three hours and officials had no estimate of when normal service would resume. One man said he was stranded at Port Authority for five hours.