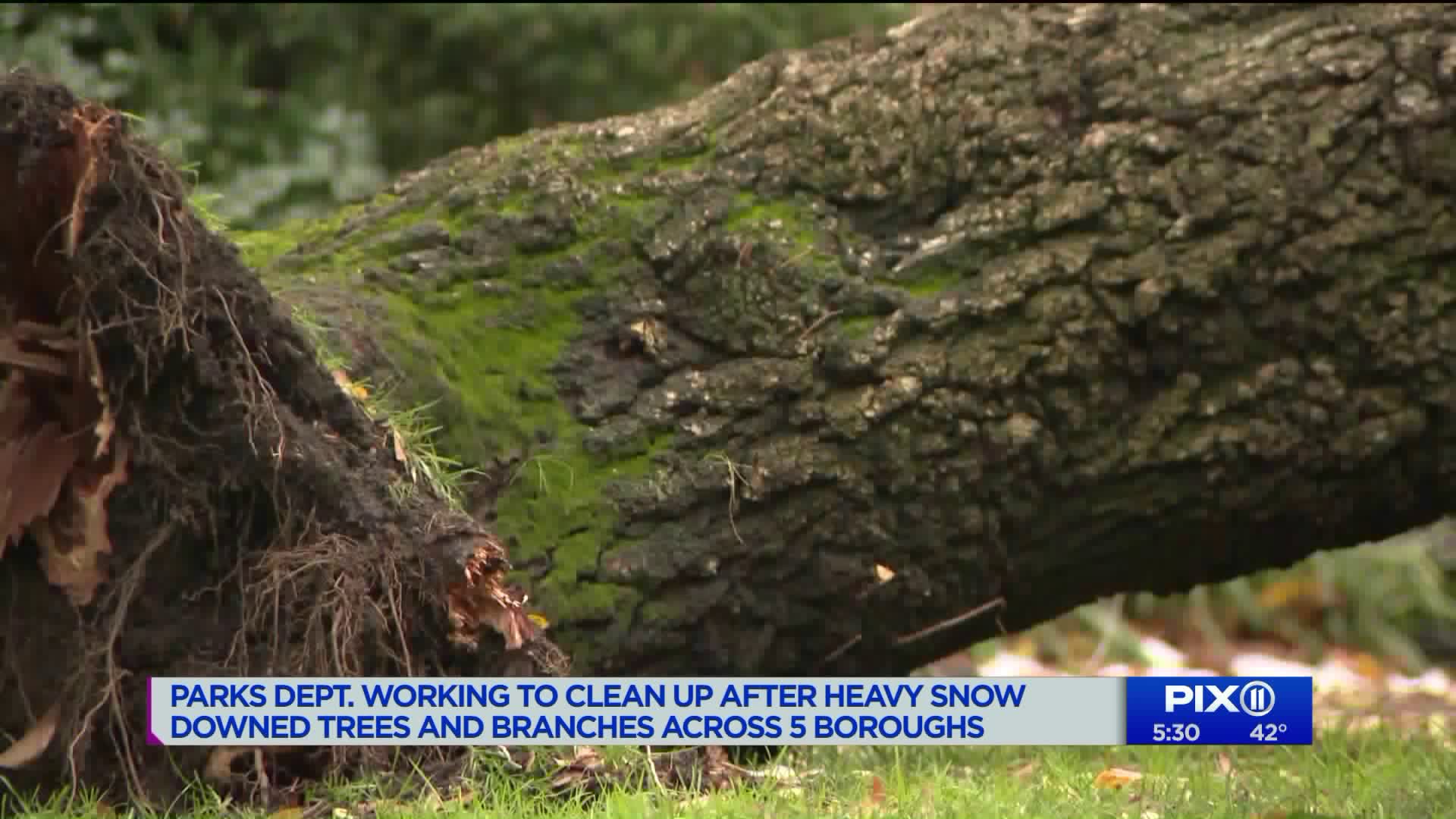 Over 1,000 trees throughout New York City were downed or hanging due to Thursday’s snowstorm, blocking streets and damaging vehicles.

NEW YORK —  Over 1,000 trees throughout New York City were downed or hanging due to Thursday’s snowstorm, blocking streets and damaging vehicles.

Throughout the five boroughs, limbs and even entire trees buckled down due to the weight of the heavy snow.

At 7 a.m., NYC Council Speaker Corey Johnson tweeted at least 384 trees were downed or damaged, 4 trees in the Bronx, Manhattan had reports of 528 trees, Queens with 363 and Staten Island at 44, totaling 1,323 service requests.

This morning's city-wide storm update says NYC had a total of 1,323 service requests for downed/damaged trees --

The Parks Department said reports they received may be duplicated or triplicated for the same condition.

The snowstorm blanketed the tri-state area, with some towns seeing over 10 inches of snow.

Although parks remain open, people are advised not to enter parks out of an abundance of caution due to over saturated grounds and high winds.

Not only were downed trees a problem. Snowy roads prevented school buses from being able to pick of students, causing more than 200 children to sleep in schools.

The Port Authority Bus Terminal was forced to shut down the second and third floor of the terminal because of overcrowding, leaving many commuters to wait outside.

According to Police Commissioner James O’Neill, there were over 1,900 vehicular collisions.

All non-emergency tree-related issued should call 311 to report.

Those in need of emergency services should call 911.

A branch landed on an ESU officer in Murray Hill as he tried to remove another broken tree limb from the street. He suffered minor injuries.

The Parks Department team is working to remove any trees that are blocking streets.