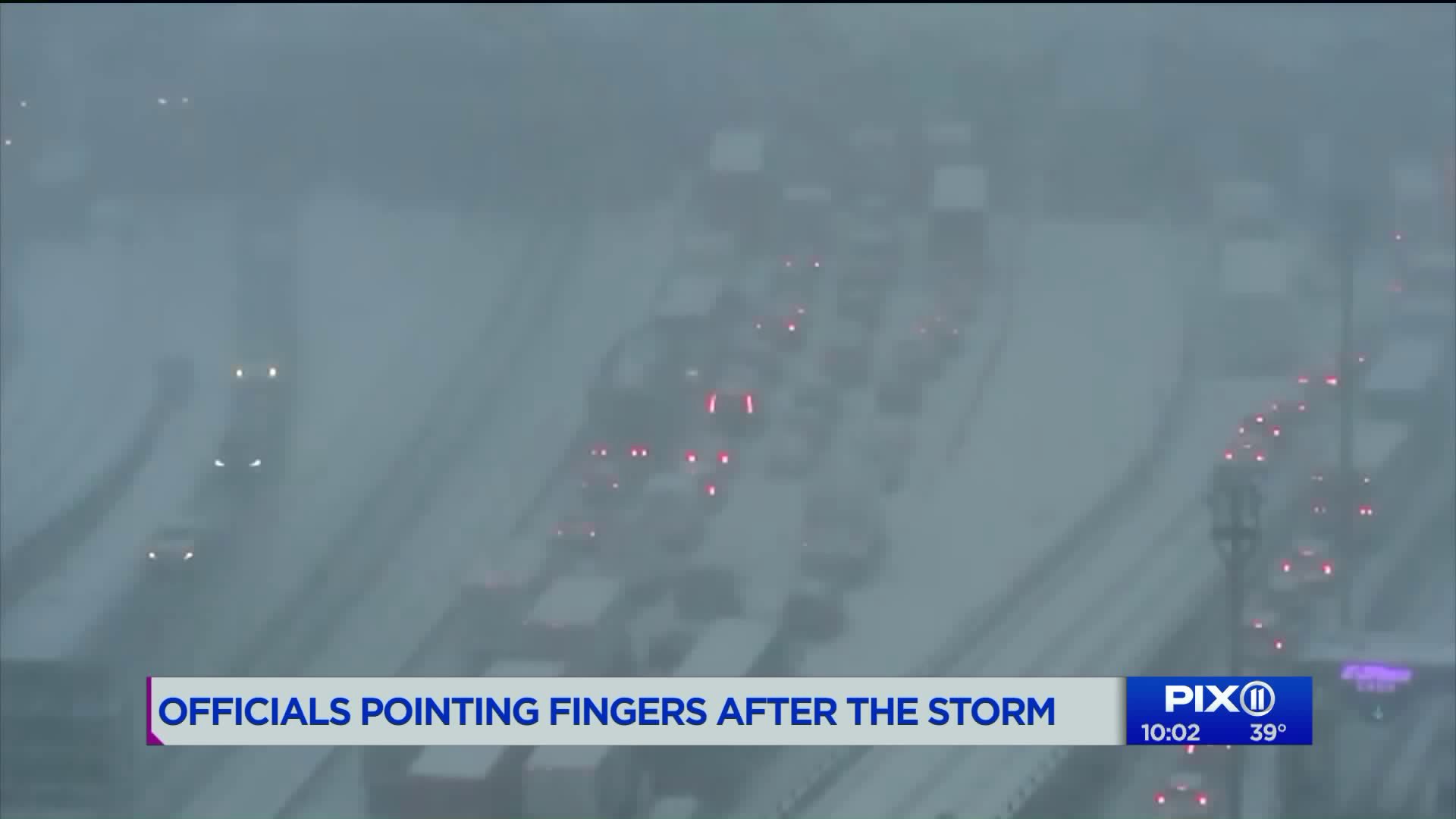 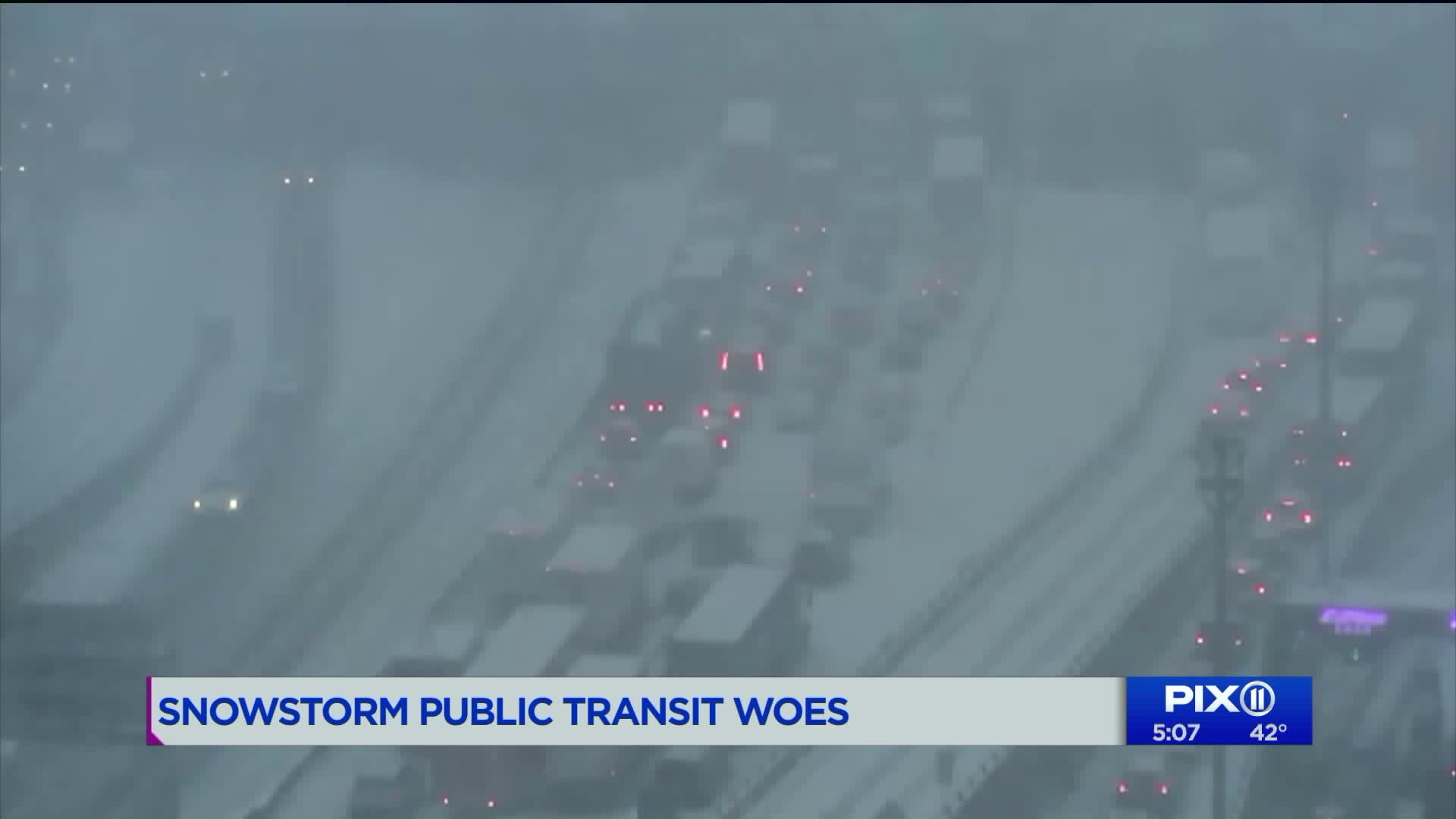 New York City saw 1,915 collisions reported between noon and midnight, according to NYPD Chief Terence Monahan. That's a 162 percent increase in crashes when compared to the same time last year.

Port Authority was at a complete standstill during the evening rush hour because of the storm, and lines for city buses were extremely long.

“Overcrowding at the Port Authority Bus Terminal was caused by a lack of a supply of buses," a spokesperson for the Port Authority said. "Yesterday, during the 4 pm to 7 p.m. peak, only 232 buses arrived at the bus terminal compared to 1,429 that typically arrive during this same period on a normal weekday, a decline of approximately 84 percent.”

De Blasio said there will be a full audit review of city and state agencies, including Port Authority.

"We went into Wednesday night with estimates from the National Weather Service in the 1 to 2 inches of snow range... that's not a snowstorm that any of us would be afraid of," de Blasio said.

Central Park saw 6 inches, breaking previous records for the day and becoming the second-heaviest snowfall ever on record for November. Click here for snowfall totals around the tri-state area.

The MTA also released a statement to PIX 11: “Our buses were held hostage to massive gridlock citywide. Our bus operators and front-line employees fought through epic traffic and kept the subways moving - and we’re grateful for their dedication during a tremendously difficult commute.”