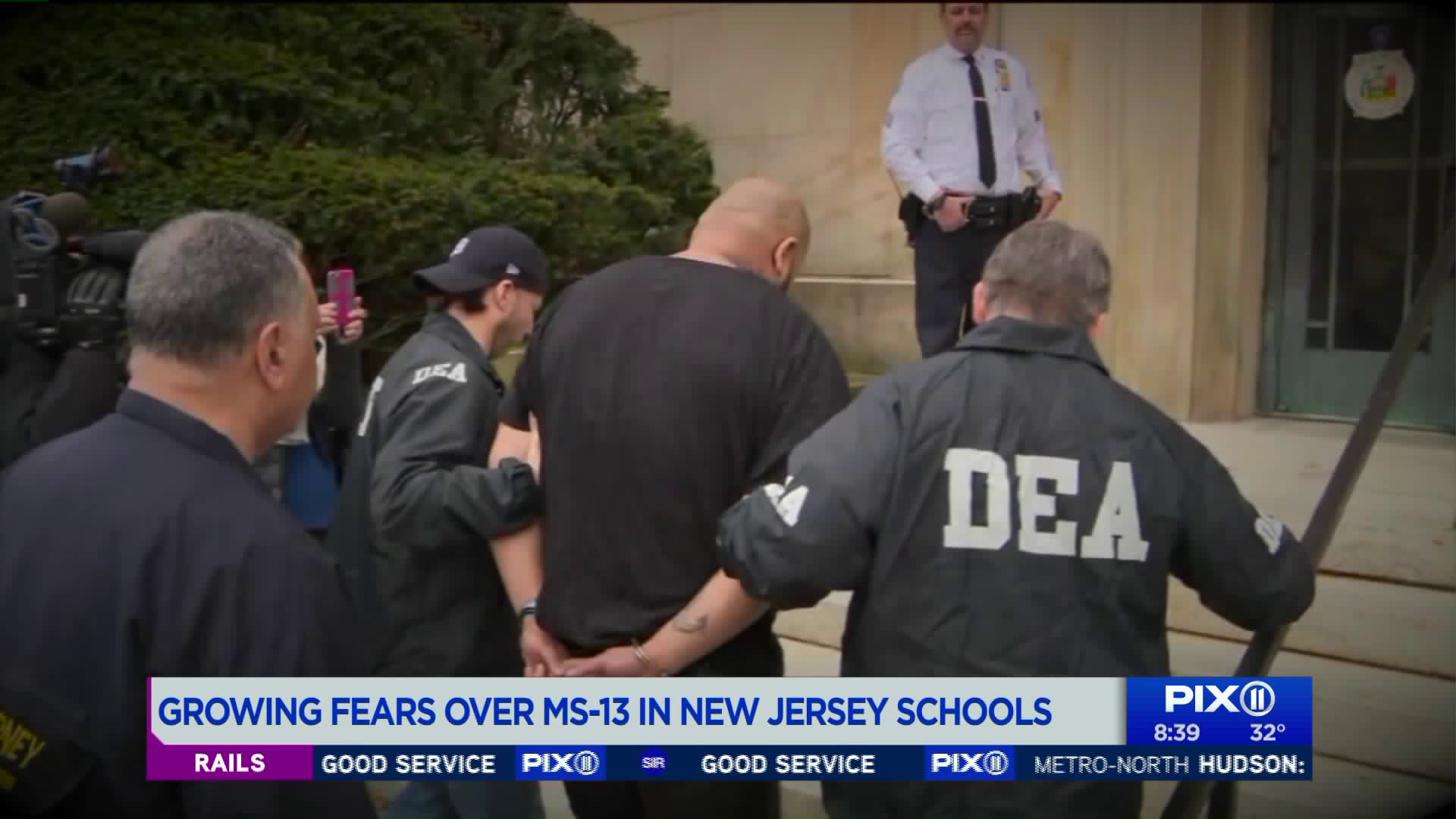 MS-13 gang members are living surprisingly normal lives when they aren`t committing heinous crimes, according to investigators who say the violent activity is spreading beyond New York, where killings on Long Island in recent years have received nationwide attention.

Nassau County District Attorney Madeline Singas is perched in her office in the county seat of Mineola.  It’s been turned into a de-facto war room.  She’s working the issue of gang entrenchment with some two dozen law-enforcement agencies from Maine to Texas.

"Thirty to 40 percent of the homicides in Nassau County were MS-13 related.  That was alarming to those of us in law enforcement,” she told PIX11.

PIX11 has agreed not to show this material on camera -- with information on murder victims and perpetrators — as it could interfere with future prosecutions.

She's proud of the work that she and law enforcers have done.

“Not only did we take down the CEO.  We took down the COO, the CIO, all the board of trustees,” Singas said, using corporate lingo to describe this intricate organization.  They had taken down the alleged kingpin of  MS-13, known by his gang moniker Reaper.  Singas says he coldly ordered murders, told members where to dig the graves and how to dig them.

“There’s roughly 10,000  of them in the country,” he said  That's not a huge number by gang standards — what's disturbing is their ferocity of their violence.

“One victim of MS-13 was stabbed in the back with a screwdriver 17 times. When responding police officers first found him, they though that he had been hit with a shotgun blast,” Ford said.

Jim Donnelly, assistant U.S. attorney, has a front-row seat to the violence in the Garden State.

“You’ll see a spike in homicides and a spike in really violent activity and it comes out of the blue. Because of this undercurrent of gang activity where MS-13 and other gangs have been fighting against each other, and it explodes in this spasm of violence.”

Donnelly says recruitment is so fierce among young immigrants, it keeps whole communities in fear. Families are afraid to send children to school, to the park, or to report anything to police.  And many gang members are leading shockingly normal lives.

“They are part of the Guatemalan, Honduran, El Salvadorian, Central American communities.  They’re here, they’re working, they’re going to school but then they have this other aspect of their lives where they are going out and being full-fledged MS-13 members doing some of the most heinous crimes you could imagine.”

But law enforcement is gaining ground, evidenced by the numbers. Singas is happy to report progress.

“This year, as far as we know, there has not been one MS-13 murder. That’s very significant.”