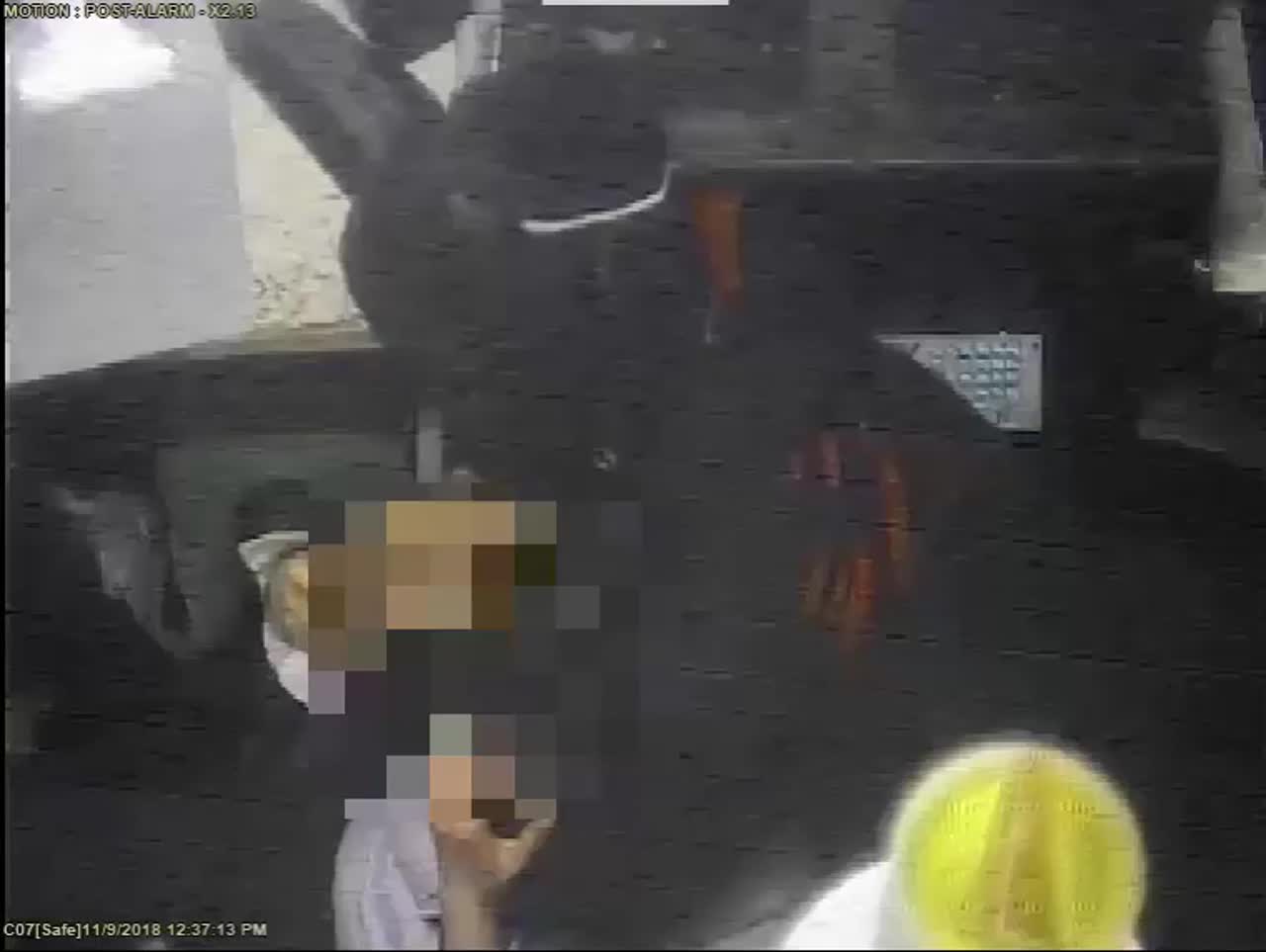 MIDTOWN, Manhattan — A man sought for attacking a woman inside of a Manhattan steakhouse is wanted in connection with two more robberies in Midtown, police said Wednesday.

Police said on August 14, the man also broke into an office inside of the Millinery Centre Synagogue, located on the Avenue of Americas around 3 p.m. and removed $500 cash.

The robber fled the location on foot heading northbound on Avenue of the Americas.

Then, on October 19, around 11 a.m., police said the perp entered the basement of a religious fabric store on West 40th Street, pushed a building maintenance employee to the ground and demanded his property.

The victim refused medical treatment at the scene but later was transported by private means to Lincoln Hospital to be treated for a fractured elbow.

On Saturday, police released disturbing video of the attacker placing a 35-year-old woman into a chokehold inside of Quality Meats around 12 p.m.

Police said the man posed as a job seeker and entered the steakhouse which was closed at the time.

An employee directed him to the manager's office, where he encountered the 35-year-old restaurant manager.

Once inside the office, the perp punched the manager in her left eye and put her into a chokehold, then demanded money and stole $400 from the victim's backpack before running away, police said.

The woman was treated at the hospital for swelling and bruising to her eye.

Police describe the man as being in  his 30's, about 5-foot-7, 180 pounds with with a medium complexion, medium build, black hair and brown eyes.

He was last seen wearing blue jeans, a black jacket, and a winter hat.