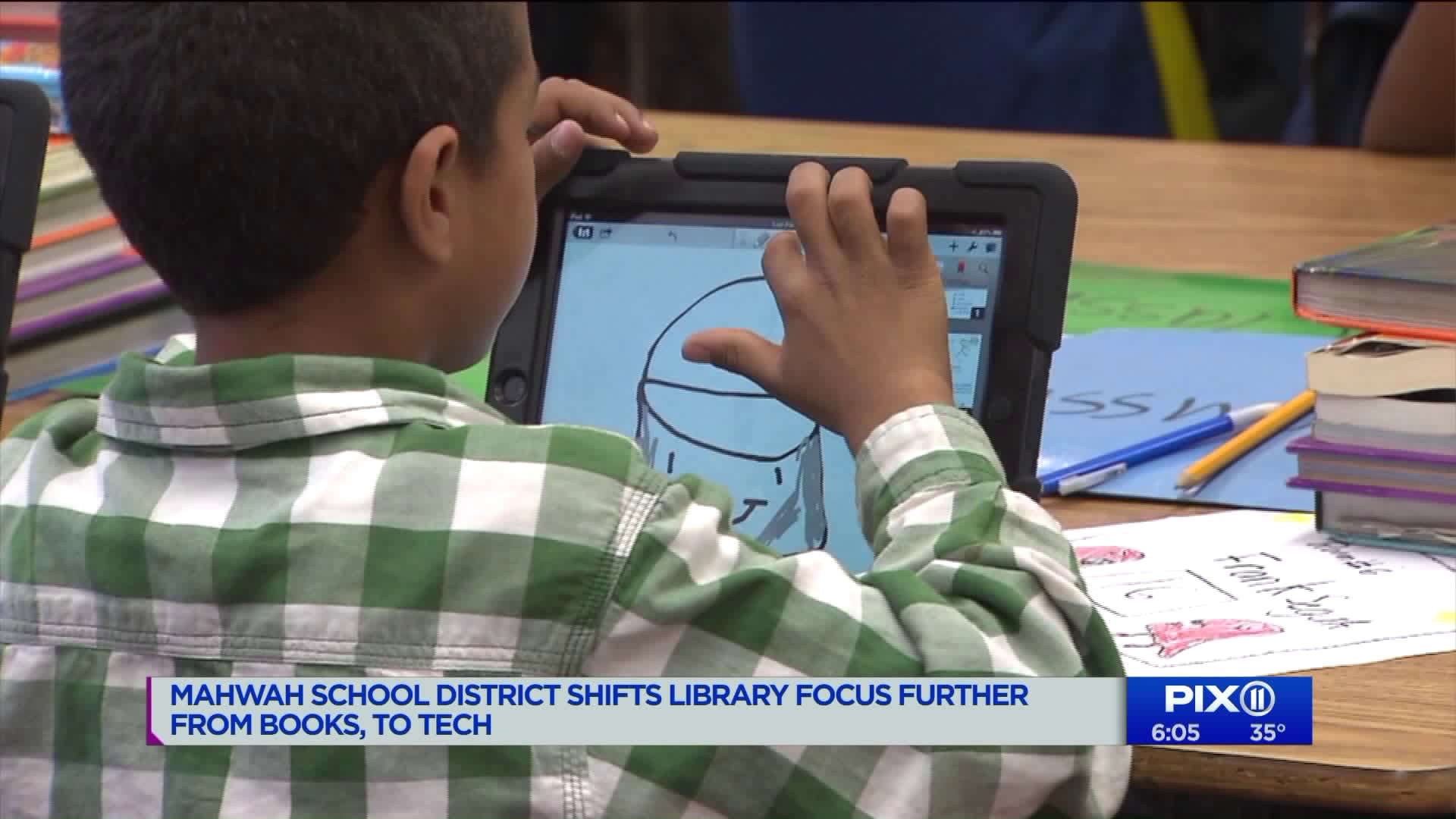 Parents got a letter about a curriculum change within the elementary school libraries, including George Washington, Lenape Meadows, Joyce Kilmer and Betsy Ross Schools.

MAHWAH, N.J. -- Parents in one New Jersey town say their school district has reduced students access to books in the school library.

Mahwah Public Schools are making a shift toward technology in their curriculum, but parents say their kids get enough screen time already.

“If they love reading, why take it away from the kids?" said mom Miri Upton, whose second-grader attends Lenape Meadows Elementary.

Parents got a letter about a curriculum change within the elementary school libraries, including George Washington, Lenape Meadows, Joyce Kilmer and Betsy Ross Schools.

Time previously used to check out and learn about new books — will be shifted to teach more about technology.

Parents say their children will now only be allowed to check out books once every two weeks or once every three weeks.

“When you restrict the ability of young children to check out books from their school libraries what you do is you discourage them from taking out books, from becoming lifelong learners," said Matthew Park, who also has a child in the second grade at Lenape. "You discourage the development of literacy when they are in their formative years and when it is most important that they have access to books.”

Parents have also expressed outrage at recent school board meetings.

“Social media, technology has hijacked our children. And it’s our job to take it back," expressed one parent at a September meeting.

At recent board meetings, at least two board members stated that they agree with parents views on this issue. Board members have also stated that conversations are ongoing about the issue.

“We reshaped our library media schedule, adjusting the allocation of instructional time devoted to book circulation to include a creative approach to expose our students to a range of information and instructional experiences. Let us emphasize that students still have access to books through alternating library media circulation, as well as through each classroom library’s offerings.”

At a recent board meeting Mahwah’s curriculum director stated that the district is obligated to teach technology to meet state standards.

But, a New Jersey Department of Education spokesperson said today that while tech standards exist — the number of books a student can withdraw from the school library is a local decision.

"How schools integrate technology into other courses, or whether they decide to teach technology as a standalone subject, is a local decision made by the district’s board of education," said Michael Yaple, a DOE spokesperson.

“We have one very simple request," reiterated Park, "and that is that our children be allowed to check out books every single week from their school library.”