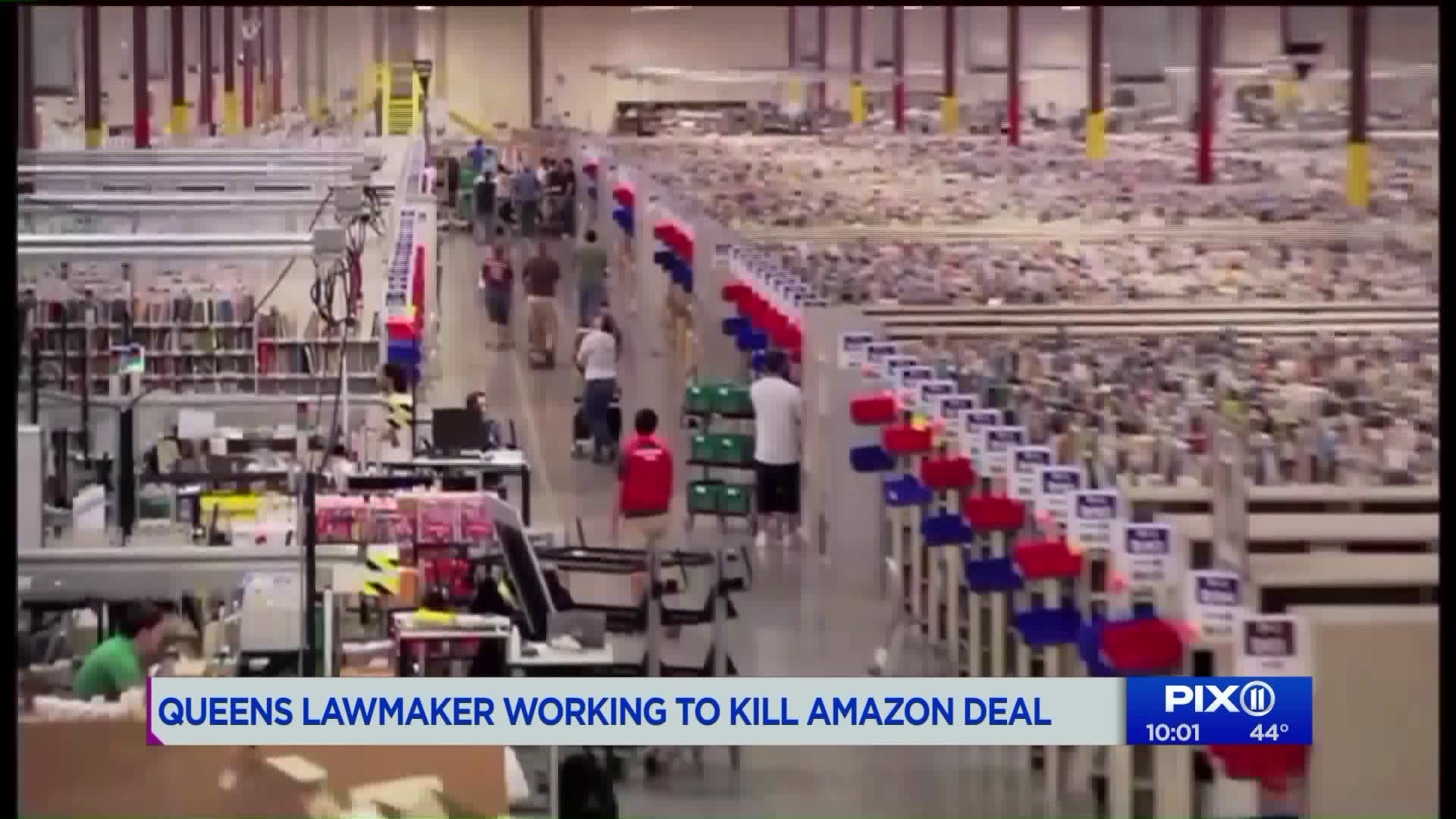 Not everyone in New York is happy about being chosen to become the spot for new Amazon headquarter locations. Some see the billions in tax breaks as corporate welfare while others are worried about home values and school overcrowding in areas where it`s already a problem for many residents.

Alexandria Ocasio-Cortez won't take office until January, but the progressive firebrand is already casting herself as the voice of the people in the debate over Amazon's arrival in New York, even as fellow Democrats rushed to welcome the company.

"Amazon is a billion-dollar company," Ocasio-Cortez wrote on Twitter late Monday. "The idea that it will receive hundreds of millions of dollars in tax breaks at a time when our subway is crumbling and our communities need MORE investment, not less, is extremely concerning to residents here."

The announcement included welcoming comments from New York Mayor Bill de Blasio and New York Democratic Gov. Andrew Cuomo, who joked to reporters earlier this month that he would change his name to "Amazon Cuomo, if that's what it takes" to lure the tech behemoth.

"Today, with Amazon committing to expand its headquarters in Long Island City, New York can proudly say that we have attracted one of the largest, most competitive economic development investments in US history," Cuomo said in his statement.

New York State will grant $1.525 billion in incentives contingent on the company creating 25,000 new jobs with an average salary of $150,000 and occupying a certain amount of office space.

They may have more political power to push back against those incentives following last week's elections, in which New York Democrats took back the state senate.

From her perch as the surrounding area's representative in Congress, Ocasio-Cortez has little authority over the deal. But her tweets Monday and Tuesday on the deal showed her power as a progressive darling to rally local activists and officials to influence how the deal is implemented — including holding Amazon accountable.

In the rest of her tweet thread, Ocasio-Cortez outlined demands that commonly are featured in community benefits agreements negotiated between developers and local residents, such as well-paid jobs, protections for unions and investments in neighborhood infrastructure. Long Island City has undergone a blistering pace of high-end apartment construction in recent years, sending housing prices soaring.

"Displacement is not community development. Investing in luxury condos is not the same thing as investing in people and families," she wrote. "Shuffling working class people out of a community does not improve their quality of life."

In its announcement, Amazon said it would build space for a tech incubator and a new public school in Long Island City. Through a payment-in-lieu-of-taxes agreement, the company will invest in neighborhood infrastructure improvements and green spaces. It did not mention provisions for affordable housing.

A spokesperson for Ocasio-Cortez did not immediately return a request for comment. The congresswoman-elect on Tuesday morning was leading a sit-in with climate change protesters at the Capitol in Washington.