More than 20K DWI convictions may be thrown out in NJ due to trooper’s alleged misconduct, high court rules 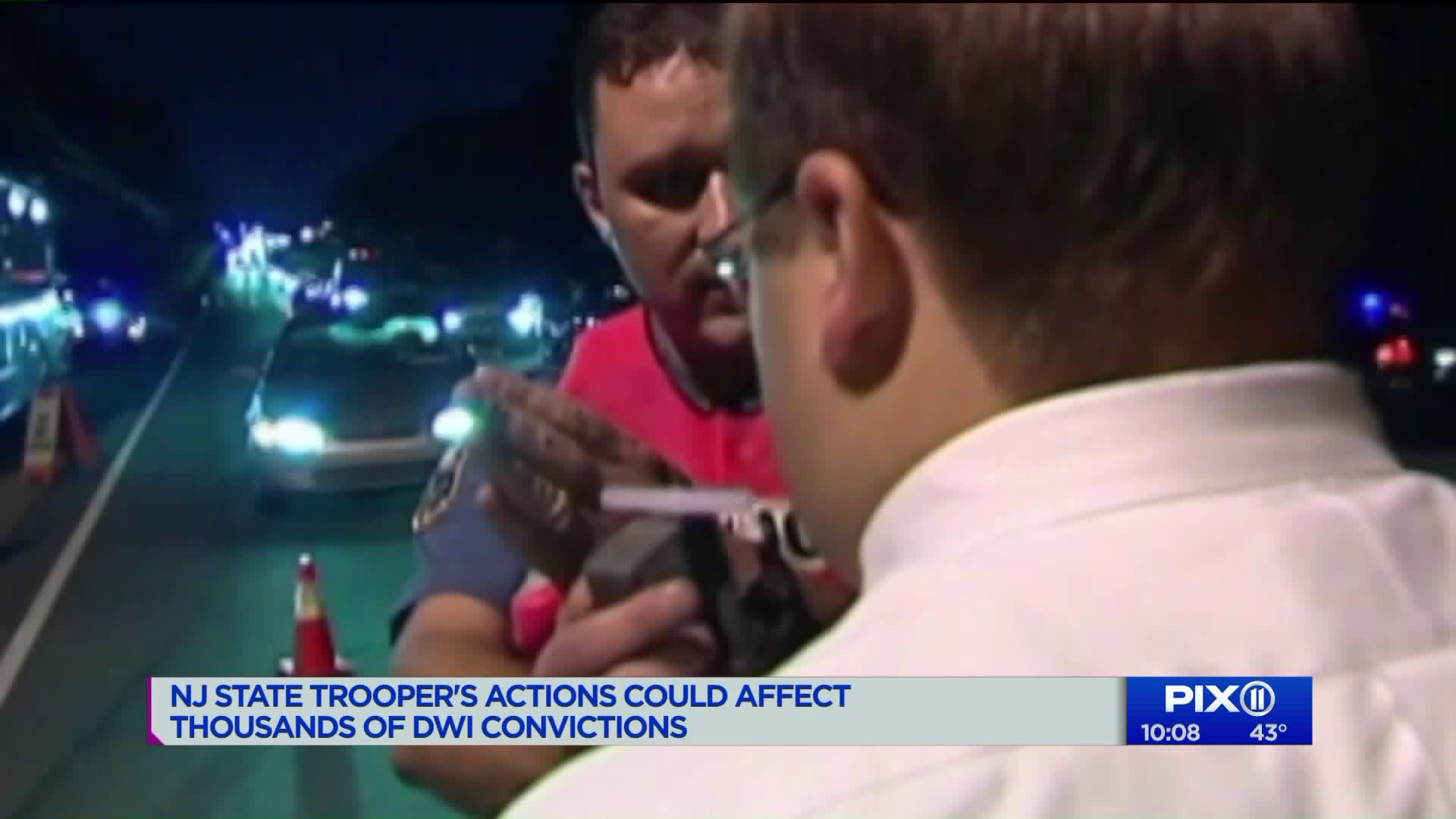 The crimes of which he`s accused tainted 20,667 cases of driving while intoxicated, according to prosecutors. That situation, in turn, makes those convictions subject to being reconsidered, by order of the court.

CRANFORD, N.J. — More than 20,000 DWI convictions may now be eligible to be overturned -- according to the ruling of the highest court in New Jersey, as a result of alleged wrongdoing by one state police supervisor.

The crimes of which he’s accused tainted 20,667 cases of driving while intoxicated, according to prosecutors. That situation, in turn, makes those convictions subject to being reconsidered, by order of the court.

The 240-page, unanimous ruling by the New Jersey Supreme Court came at midday, and its details and applications have yet to be fully known.

Still, it clearly demonstrates how the alleged actions of one person can have a broad effect on an entire system. Reactions to the news by some motorists underscores how heavily relied upon the DWI conviction process is, and how seriously disruptive this new development is to that process.

“That seems kind of crazy to me,” one man driving onto North Avenue East here told PIX11 News. “How can you overturn something, if it was true?”

Another motorist said, “Drinking and driving have consequences. [People should] suffer them.”

The reason for the change, according to the Supreme Court ruling, was that Sgt. Marc Dennis, a supervisor in a New Jersey State Police lab, is under indictment for lying about his having improperly calibrated breathalyzer devices. Those devices, called Alcotests, some of which he supervised their operation, were used by local police departments statewide. Most of the devices, however, were used in the central and southern New Jersey counties of Union, Middlesex, Ocean and Monmouth.

With the court’s ruling being merely hours old, it’s still too soon to tell exactly what the fate of each case will be.

Anthony Palumbo is an attorney with 48 years’ experience handling DWI cases in New Jersey. The more than 20,000 convictions that this new ruling may affect date from 2008 to 2016, some of which, Palumbo pointed out, involve his clients.

He said that it’s as yet unclear if it’s worth people trying to get their past DWI convictions overturned.

“Keep in mind,” Palumbo told PIX11 News, that the defendants have “lost their license... paid their fines,” and their cases are settled law.

In order to proceed, the attorney said, they’d “have to pay another lawyer to contest this,” and possibly pursue another lengthy legal process, years after serving their sentences, and possibly with their convictions still being sustained, based on evidence other than their Alcotest readings.

“How many people are going to be able to do that?” Palumbo asked.

Still, he recommended that anyone with a DWI conviction in New Jersey between 2008 and 2016 who is at all interested in having it overturned, contact an attorney.