Boy with autism allegedly attacked on school bus by paraprofessional 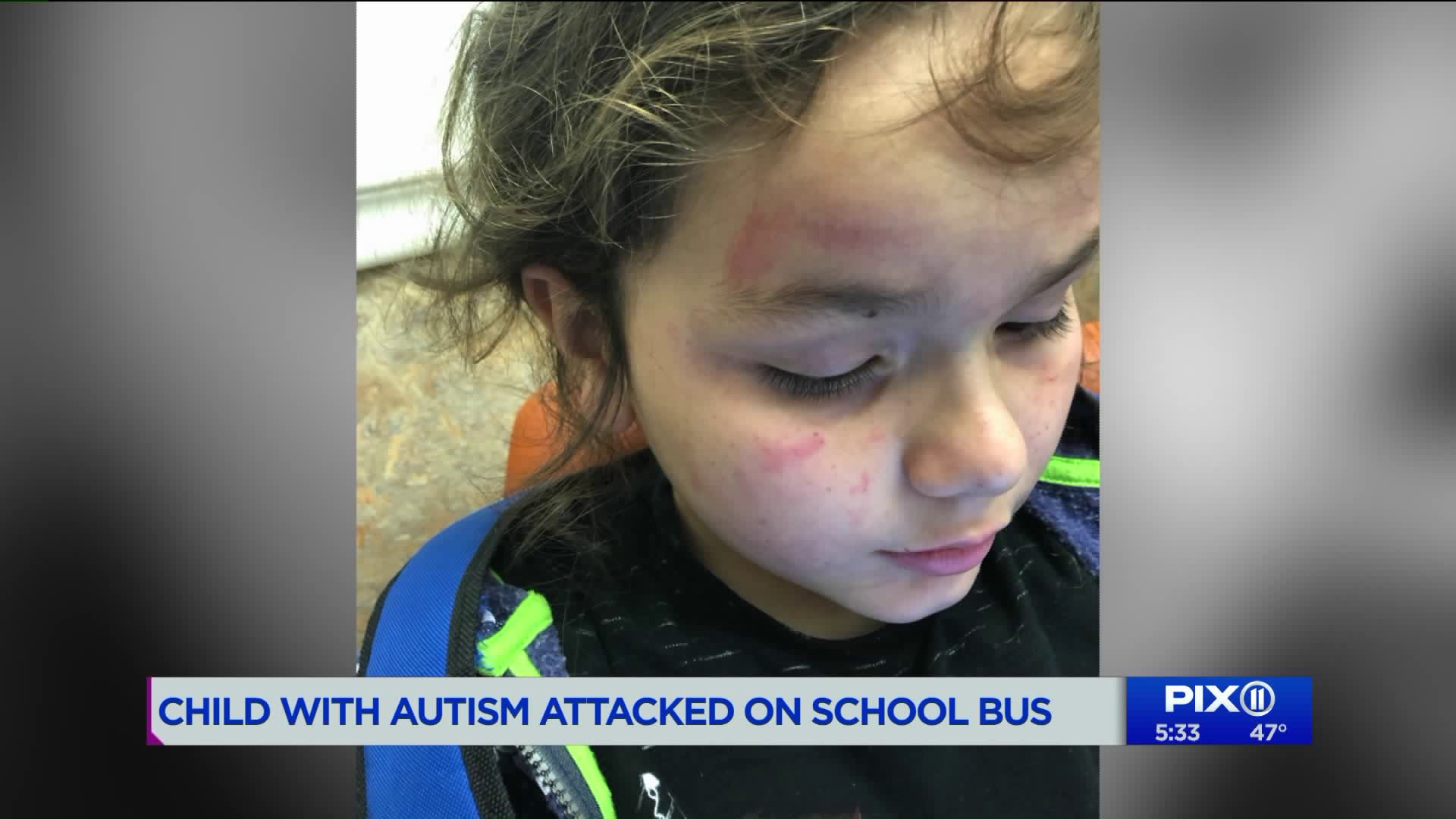 The paraprofessional told PIX11 News she still works for United Staffing Solutions, but no longer works on school buses.

THE BRONX -- A 9-year-old Bronx boy with autism is scared to get onto the school bus each morning.

According to his parents, the paraprofessional assigned to help him on the bus, instead attacked him back on September 28.

"I'm actually boarding the bus every morning with him, so he can feel safe to get to school," mother Luz Perez said.

Evan Lora takes a Department of Education contracted bus to his special school in Hawthorne every day. And while the paraprofessional no longer works with Evan, his parents are furious she was not arrested.

Luis Arias, the bus attendant in the front seat, witnessed what happened.

"This woman was egging him on," he said.

Evan is non-verbal and has limited coping skills. His mother packs a bag of toys and snacks to keep him happy and occupied. The family believes the paraprofessional started to take his things away to punish him and he became agitated.

PIX11 News spoke to the paraprofessional by phone Monday. She said Evan bit her and she did nothing to provoke it. She said she doesn't know how he got the red welts on his face.

Bus attendant Luis Arias said he was able to calm Evan down after a few minutes.

"At that point this lady looks at me and she goes, 'I don't care if I lose my job today,' and she slaps him on his face. I want to say, maybe like two times," he said.

While this alleged attack happened in the Bronx, the driver pulled over in Westchester County. Police there investigated and have not arrested the paraprofessional.

"I don't think Westchester PD, they need some more hands-on training when it comes to special needs victims. I think they went to the assumption, that they physically saw him as a big 9-year-old-and they assumed on their own that he knew what he was doing," Evan's father Antonio Lora said.

The bus company, Van Trans, shared the bus audio and video surveillance with police. In a statement the company said, "Van Trans fully cooperated with the Westchester County Police Department giving them access to our driver and attendant that was assigned to this route."

According to the Westchester Police Department, detectives studied the video and listened to the audio of what happened. They have come to the conclusion that Evan was the aggressor and the paraprofessional did nothing criminal.

The Lora family has remained furious since September that the woman was not arrested for assault.

PIX11 reached out to United Staffing Solutions, the company that placed the paraprofessional, but was unable to reach the company.

The Department of Education did not respond to a request for comment.

The paraprofessional told PIX11 News she still works for United Staffing Solutions, but no longer works on school buses.