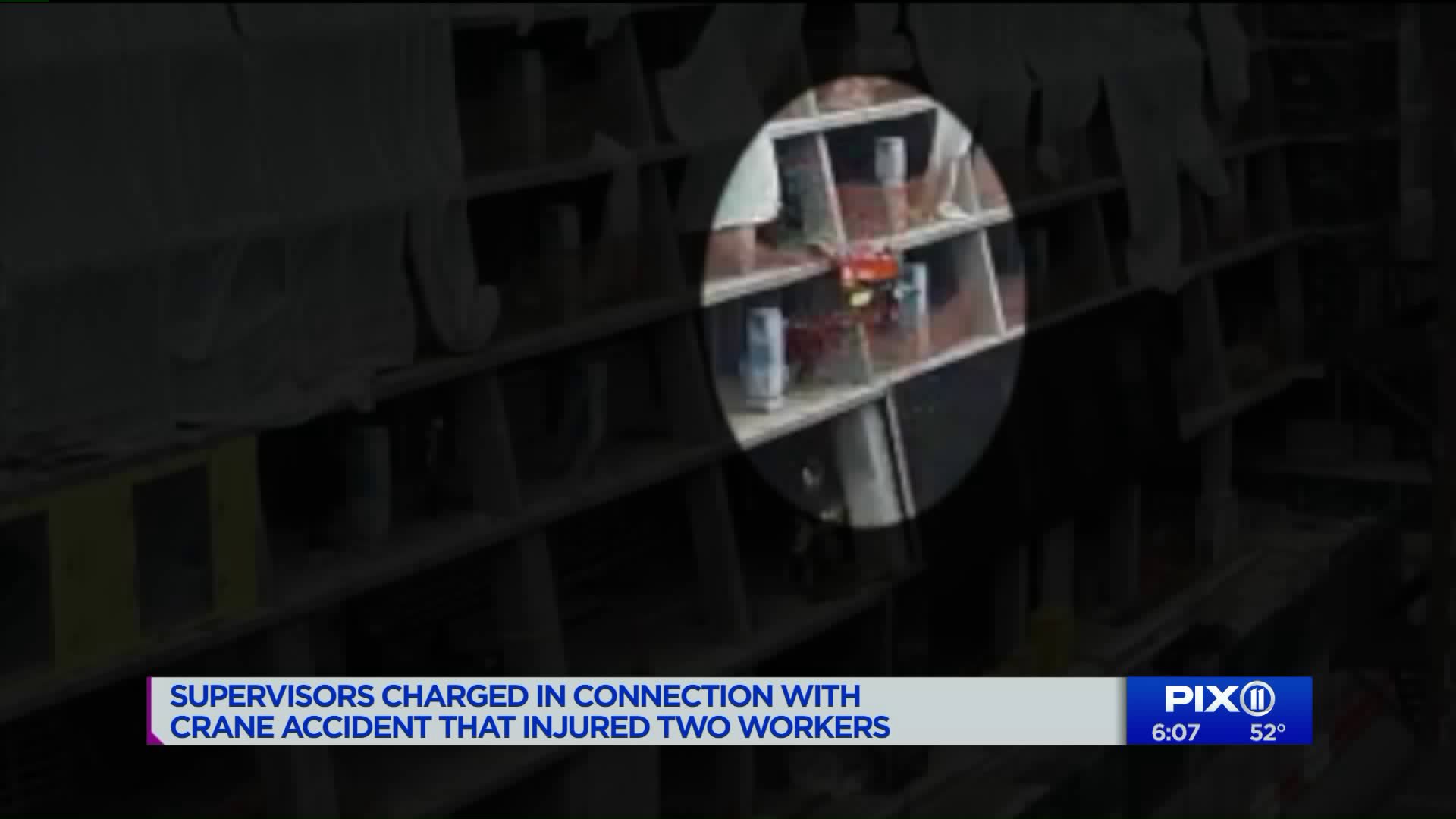 HARLEM -- Two supervisors face criminal charges in connection with a falling crane accident in Harlem that nearly killed two of the construction workers.

Both entered not guilty pleas during their arraignment in court.

“The case has been overcharged and we intend to defend this case vigorously,” said Daniel Horowitz, the defense attorney for Braico.

Braico and Edwards worked for Western Specialty Contractors. The company was brought in to install the façade on a new luxury building on Harlem’s East 126th Street.

Prosecutors say Braico ordered a mini-crane for the project and Edwards ordered a staffer to use it. They never obtained the proper city permit for the crane and they were warned their staffers were not properly trained.

“It’s alleged Edwards and Braico did not even bother to tether the crane ensuring that when it was in use it will topple over,” DA Cy Vance said.

“A 39-year-old construction worker was flung from a building and gravely injured,” Department of Investigation Commissioner Mark Peters said.

One worker now has a traumatic brain injury, another worker suffered a spinal injury. Both are still recovering.