PIX11 catches up with Max Rose after election win 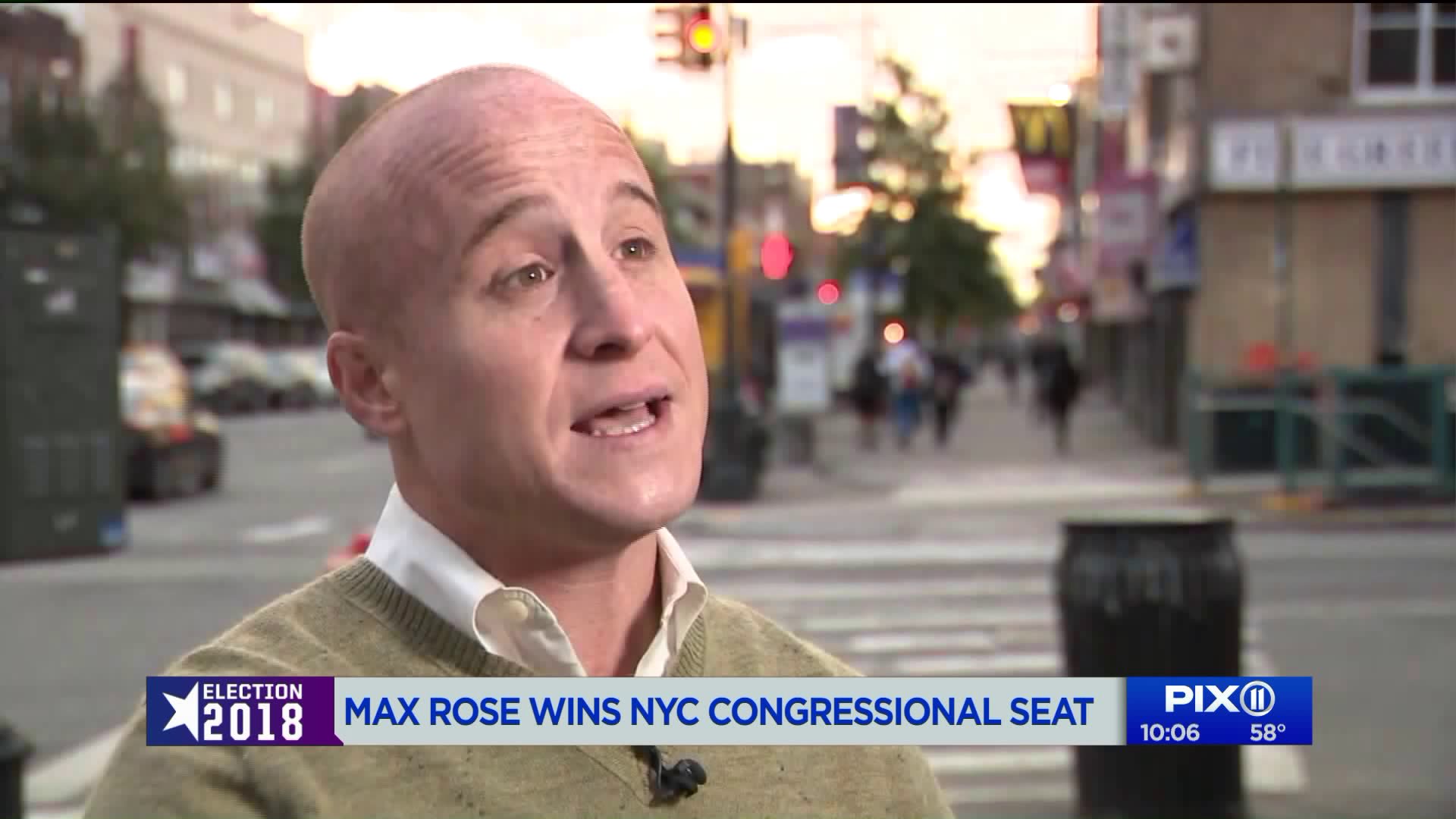 Max Rose is an Army veteran who was wounded in Afghanistan in 2013. He beat the odds in defeating U.S. Rep. Dan Donovan in a district that covers Staten Island and a small part of Brooklyn.

He spoke to PIX11, fresh from his stunning upset - flipping the congressional seat that covers all of Staten Island and the Southwest part of Brooklyn.

“It is surreal in so many ways to have close to 100,000 people place their trust in you, win the trust and support of a congressional district,” said the Congressman-elect.
“I’m deeply, deeply humbled and excited to get to work.”

We caught up with Rose in between media appearances the day after Election Day. His win garnered nationwide attention, part of a blue wave taking control of the House of Representatives.

“Every citizen, every constituent is equal to me. I’ll never ask who anyone supported. All I care about is how I can help,” said Rose. “I’m so eager to get to work.”

“The borough was never red,” Rose said. “It’s filled with people who vote for the person, not the party, and any failure of the National Democratic Party to win this congressional seat in the past is the failures of the Democratic Party, not the strength of the Republican Party.”

“We knocked on over half a million doors. When we knocked on someone’s door, it was about listening just as much about talking.”

But what did it take to beat the odds to unseat Donovan?

“This was not just about winning an election, it’s about changing politics in this country,” said Rose. “We won Staten Island outright what put us over is we ran a great campaign now we have to make sure we govern in the right way.”

Rose consistently vowed throughout the campaign to work with the President and reach across the aisle. Rose says he’ll do that using a conciliatory tone.

With the Democrats taking control of the House, it’s a very real possibly the outspoken Nancy Pelosi of California will become Speaker of the House. Rose has repeatedly said he will not support her to lead the party and today, he still feels new Democratic blood is needed.

“I’m a soldier. I don’t intend on breaking my promises to my voters or anybody else," he said. "I will not be voting for Nancy Pelosi under any circumstances.”

Rose says he is eager to get to Washington and get to work.

With Rose’s win, that means there are now no Republicans in New York City’s Congressional delegation.