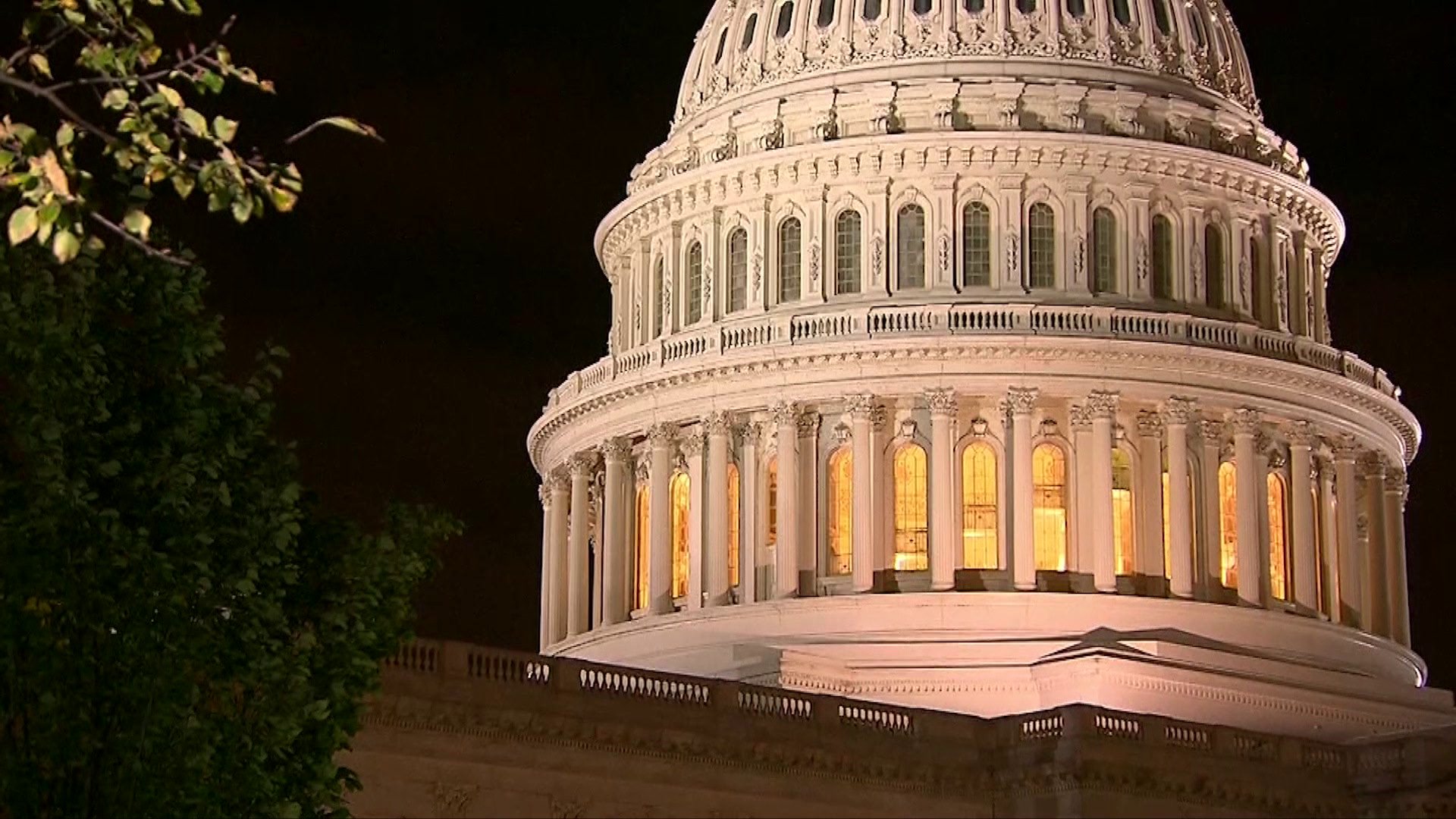 The Democrats took back the House with a surge of fresh new candidates and an outpouring of voter enthusiasm Tuesday, breaking the GOP`s monopoly on power in Washington and setting the stage for a multitude of investigations of President Donald Trump that could engulf his administration over the next two years.

WASHINGTON — The Democrats took back the House with a surge of fresh new candidates and an outpouring of voter enthusiasm Tuesday, breaking the GOP's monopoly on power in Washington and setting the stage for a multitude of investigations of President Donald Trump that could engulf his administration over the next two years.

Ending eight years of Republican control that began with the tea party revolt of 2010, Democrats picked off more than two dozen GOP-held districts in suburbs across the nation on the way to securing the 218 seats needed for a majority.

As of early Wednesday, two dozen races had yet to be decided, meaning the tally could grow slightly larger. But the final count is likely to leave Democrats with a narrow majority that could be difficult to manage and preserve.

Democratic Leader Nancy Pelosi, who is seeking to reclaim the gavel as House speaker, called it a "new day in America."

She saluted "those dynamic, diverse and incredible candidates who have taken back the House for the American people."

With the Republicans keeping control of the Senate, the outcome in the House could mean gridlock for Trump's agenda on Capitol Hill — or, conversely, it could open a new era of deal-making.

As the majority party, the Democrats will chair important committees and will have expansive powers to investigate the president, his business dealings and the inner workings of his administration, including whether anyone from the Trump campaign colluded with the Russians to influence the 2016 presidential election.

They will have authority to request Trump's tax returns and subpoena power to obtain documents, emails and testimony.

Any attempt to impeach Trump, however, is likely to run headlong into resistance in the GOP-controlled Senate.

Pelosi, meanwhile, is likely to face a challenge for the speakership from newer or younger members later this month. And the Democrats could see a struggle inside the party over how aggressively to confront the Trump administration.

During the campaign, Pelosi urged candidates to focus on lowering health care costs and creating jobs with infrastructure investment, and she tamped down calls for impeachment.

The campaign unfolded against a backdrop of ugly rhetoric and angry debates on immigration, health care and the role of Congress in overseeing the president.

In locking down a majority, Democratic candidates flipped seats in several suburban districts outside Washington, Philadelphia, Miami, Chicago, Denver and Dallas that were considered prime targets for turnover because they were won by Hillary Clinton in 2016. The Democrats made only slight inroads in Trump country, where they tried to win back white working-class voters.

Midterm elections are typically difficult for the party in power, but the GOP's hold on power was further weakened by an unusually large number of retirements as well as infighting between conservatives and centrists over their allegiance to Trump.

The Democrats, in turn, benefited from extraordinary voter enthusiasm, robust fundraising and unusually fresh candidates. More women than ever were running, along with veterans and minorities, many of them motivated by revulsion over Trump.

As the returns came in, voters were on track to send at least 99 women to the House, shattering the record of 84 now. Perhaps the biggest new political star among them is New York's 29-year-old Alexandria Ocasio-Cortez, a liberal firebrand from the Bronx.

Also among them are the first two Native American women elected to the House — Democrats Sharice Davids of Kansas and Deb Haaland of New Mexico — and the first two Muslim-American women, Rhasida Tlaib of Michigan and Minnesota's Ilhan Oman.

The Republican side of the aisle elected mostly white men.

In trying to stem Republican losses, Trump made only passing reference to his $1.5 trillion tax cut — the GOP Congress' signature achievement — and instead barnstormed through mostly white regions of the country, interjecting dark and foreboding warnings. He predicted an "invasion" from the migrant caravan making its way toward the U.S. and decried the "radical" agenda of speaker-in-waiting Pelosi.

On Tuesday night, he called to congratulate Pelosi and acknowledged her plea for bipartisanship, the leader's spokesman said.

Health care and immigration were high on voters' minds as they cast ballots, according to a survey of the American electorate by The Associated Press. AP VoteCast also showed a majority of voters considered Trump a factor in their votes.

In the Miami area, former Clinton administration Cabinet member Donna Shalala won an open seat, while GOP Rep. Carlos Curbelo lost his bid for a third term in a nearby district.

In the suburbs outside the nation's capital, Virginia Rep. Barbara Comstock — among the most endangered GOP incumbents, branded Barbara "Trumpstock" by Democrats — lost to Jennifer Wexton, a prosecutor and state legislator.

And outside Richmond, Virginia, one-time tea party favorite Rep. Dave Brat lost to Democrat Abigail Spanberger, a former CIA operative motivated to run for office after the GOP vote to gut the Affordable Care Act. Like other Democrats across the country, Spanberger emphasized protecting people with pre-existing conditions from being denied coverage or charged more by insurers.

Pennsylvania was particularly daunting for Republicans after court-imposed redistricting and a rash of retirements put several seats in play. Democratic favorite Conor Lamb, who stunned Washington by winning a special election in the state, beat Republican Rep. Keith Rothfus in a new district. At least three other red districts flipped to blue.

In Kentucky, the heart of Trump country, one of the top Democratic recruits, retired Marine fighter pilot Amy McGrath, lost her bid to oust to three-term Rep. Andy Barr in the Lexington-area district.

Republicans had expected the GOP tax plan would be the cornerstone of their election agenda this year, but it became a potential liability in key states along the East and West coasts where residents could face higher tax bills because of limits on property and sales tax deductions.

The tax law was particularly problematic for Republicans in high-tax New Jersey, where at least three GOP-held seats flipped. The winners included Democrat Mikie Sherrill, a former Navy pilot and federal prosecutor who ran for a suburban Newark seat.

The GOP campaign committee distanced itself from eight-term Rep. Steve King of Iowa after he was accused of racism and anti-Semitism, but he won anyway.

In California, four GOP seats in the one-time Republican stronghold of Orange County were in play, along with three other seats to the north beyond Los Angeles and into the Central Valley.

"We always knew these races are going to be close," said Rep. Katherine Clark of Massachusetts, co-chair of House Democrats' recruitment efforts. "It's just a very robust class of candidates that really reflects who we are as a country."