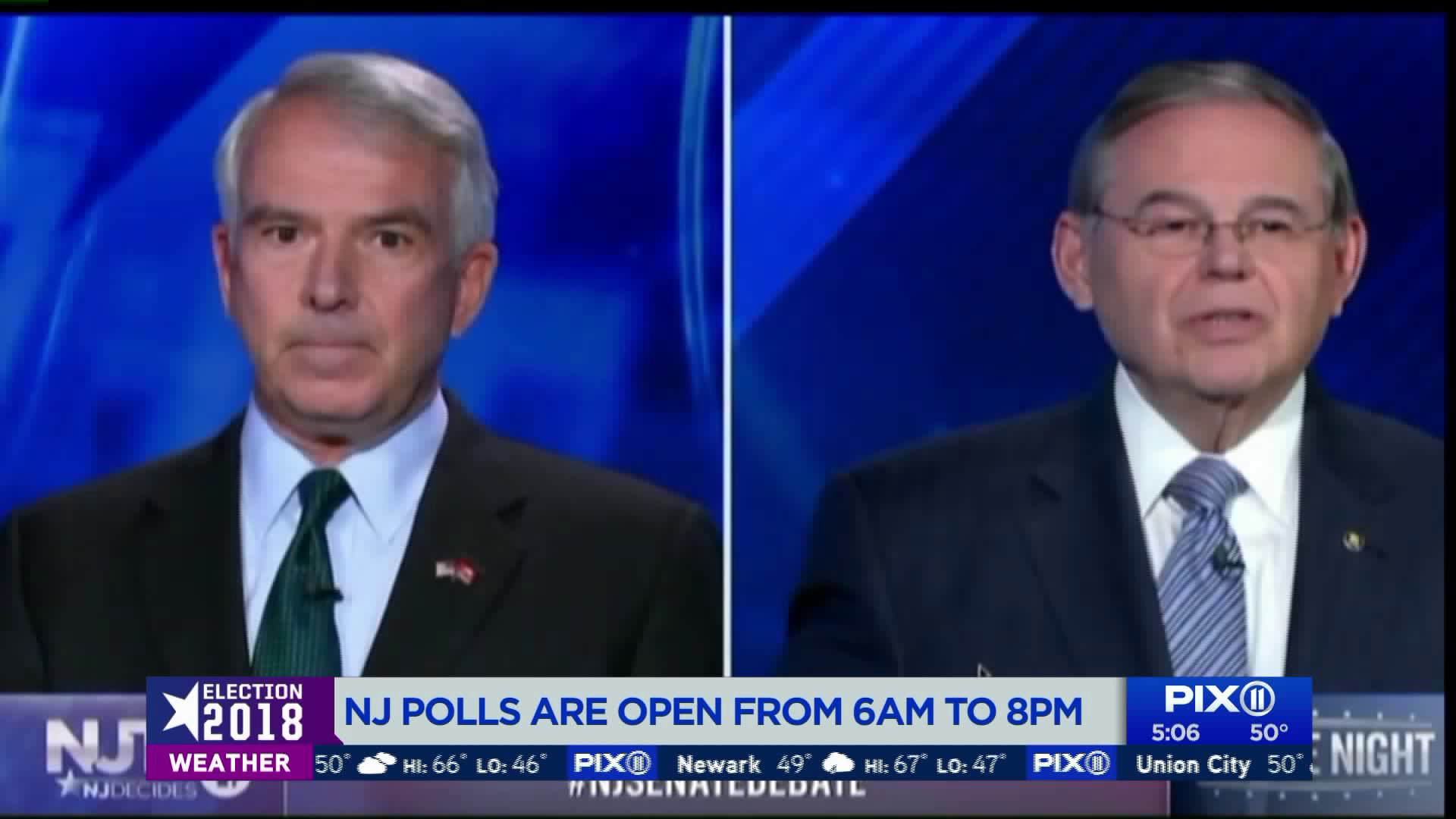 Voters in New Jersey will be able to head to the polls from 6 a.m. to 8 p.m. on Tuesday.

TRENTON, N.J. — New Jersey voters will settle an expensive, and at-times ugly Senate race Tuesday along with a dozen House seats, including two where Republican incumbents are retiring. Here's a guide with all of the important information PIX11 thinks you should know.

WHO'S ON THE BALLOT

The top of the ticket features two-term Sen. Menendez fighting to hold on in what experts say is an unexpectedly close contest against Hugin, who has given his campaign more than $30 million.

Hugin seized on Menendez's 2017 federal trial, which ended with the corruption charges being dropped, but also led to a harshly worded Senate Ethics Committee admonishment.

Menendez has tried to link Hugin to President Donald Trump, highlighting past contributions to him, but his campaign has been outspent thanks to Hugin's deep pockets.

Hugin says he will be an independent voice if elected.

New Jersey has not elected a Republican to the Senate since 1972, and many had expected the seat to stay firmly in Democratic control, but Hugin's ads may have affected some voters as polls show the race tightening.

All 12 of New Jersey's seats in the U.S. House of Representatives are up for grabs. In the house races, surveys show Democrats could pick up seats in two races where Republican incumbents are retiring. The current split is seven to five in favor of Democrats.

Click here and plug in your county and municipality to see which of the 12 congressional districts you live in.

Voters will also decide whether to approve $500 million in bonds that would fund educational projects, including school security and vocational schools.

There are also a handful of special legislative races, but most voters will not be electing state officeholders.

Polls are officially open until 8 p.m. on Tuesday. If you already have an absentee ballot, it must be received by election officials by the time polls close.

For more information on where your polling place is, click here.

HELP ON THE GO