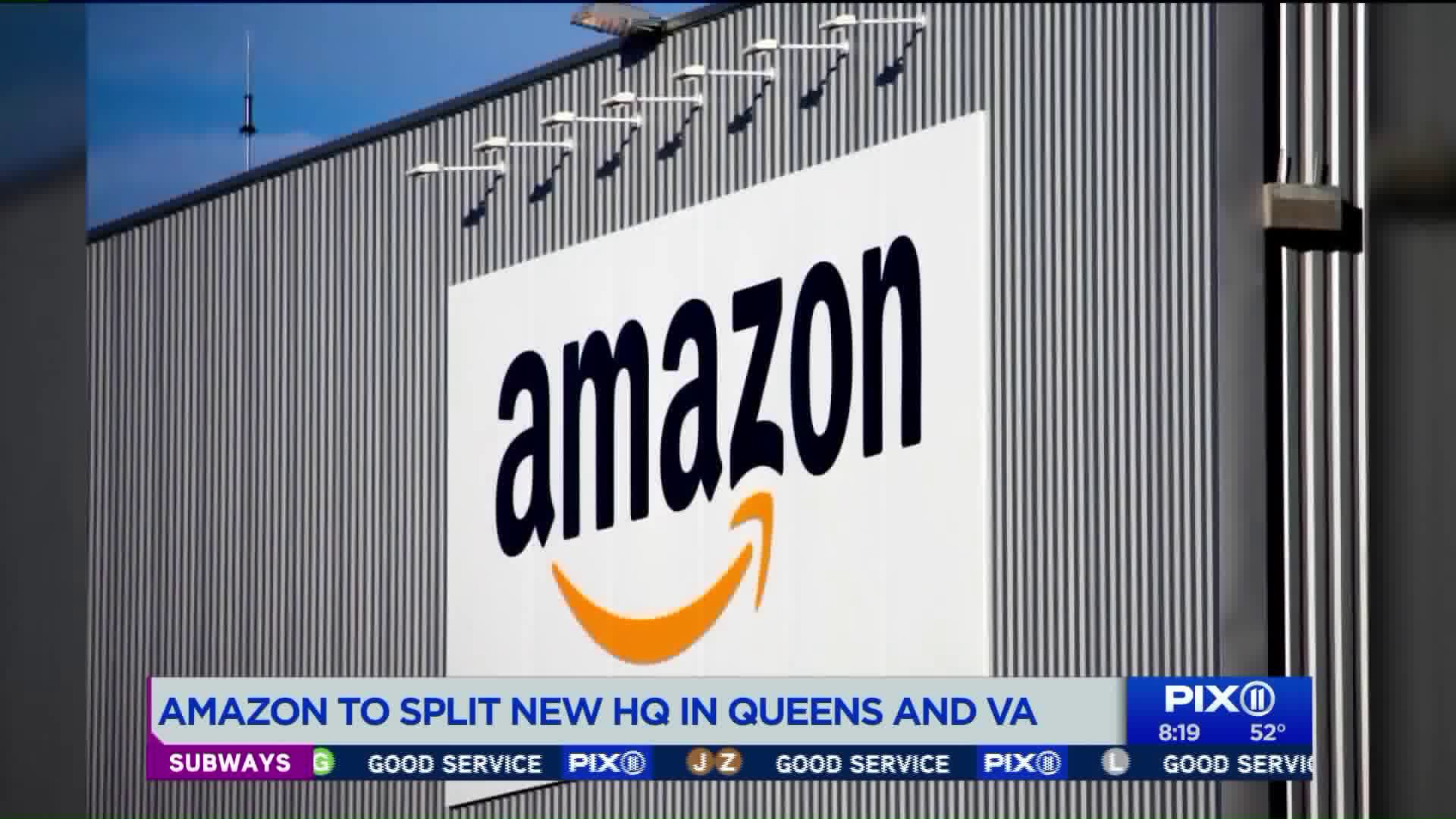 Amazon has made this much clear: It will finish its search for a second headquarters by the end of the year. Beyond that, a lot is TBD, but the New York Times reported Monday that an HQ2 location could be in Long Island City. 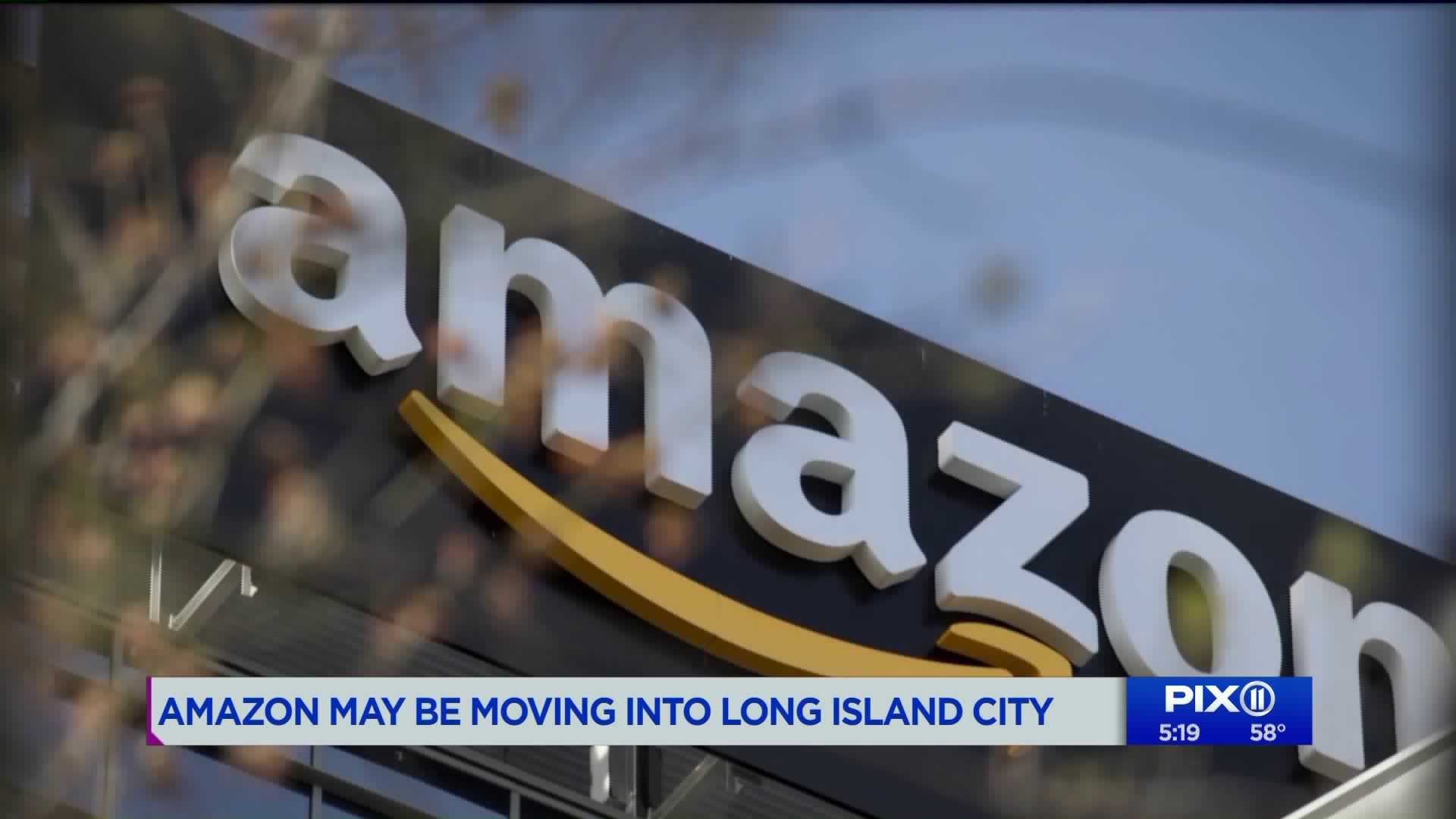 Amazon has made this much clear: It will finish its search for a second headquarters by the end of the year. Beyond that, a lot is TBD, but the New York Times reported Monday that an HQ2 location could be in Long Island City.

The company sent cities across North America into a frenzy last year when it announced its search. Dubbed HQ2, the new facility -- or facilities -- will cost at least $5 billion to construct and will create as many as 50,000 high-paying jobs over the next 10 to 15 years. Employees at Amazon's main campus in Seattle will be offered the chance to relocate.

The company has narrowed 238 proposals down to 20 finalists, and executives have traveled across the United States and to one Canadian city to survey sites for Amazon's new home. But as the company provides few updates, theories and leaks about which city will be crowned winner continue to swirl — and this week has brought a fresh flurry of news.

On Monday, the Wall Street Journal reported Amazon plans to split its second headquarters evenly between two cities instead of picking one winner. According to the Journal's sources, the rationale behind selecting two cities is to recruit enough technical talent. The two winners have reportedly not yet been decided. Amazon declined to comment to CNN Business.

Here's what we know about where HQ2 plans stand.

What qualities is Amazon seeking for HQ2?

The expected 50,000 people who will eventually work at the new headquarters will bring a huge economic boost to the winning city — or cities. The fact that the jobs pay well makes the opportunity even more attractive.

But the cities must have certain attributes.

In its request for proposals, Amazon outlined several criteria for HQ2, such as proximity to a major airport and the ability to attract technical talent. It must be a suburban or urban area with more than 1 million people. Amazon also said it was looking for communities that offer a "stable and business-friendly" environment and access to mass transit.

Which cities are still in the running, and who are the top contenders?

Depends on who you ask.

Over the past weekend, The Washington Post reported that Northern Virginia's Crystal City was in advanced talks with Amazon for the second headquarters. On Sunday, the Journal said not only Crystal City but also Dallas and New York City were in late-stage discussions with the company. According to the Journal's sources, talks with other cities — such as Denver, Toronto and Nashville — appear to have fizzled out.

An Amazon executive took a swipe at the Washington Post report on Saturday. "Memo to the genius leaking info about Crystal City, VA as #HQ2 selection. You're not doing Crystal City, VA any favors. And stop treating the NDA you signed like a used napkin," tweeted Mike Grella, Amazon's Director of Economic Development.

Grella leads economic development for Amazon Web Services and has not been involved at all in the HQ2 search, a source familiar with the matter told CNN Business.

Meanwhile, the Washington, DC, metro area has been considered a favorite for the site. It's the only region with three finalists on the short list, and Amazon CEO Jeff Bezos owns the Washington Post and has a home in the nation's capital.

Representatives for cities such as Dallas, Crystal City, Austin and Philadelphia declined to comment to CNN Business, while others did not respond to requests for comment.

What are cities offering Amazon?

Some cities got creative with their offers. Stonecrest, Georgia — which is still in the running as part of Atlanta's bid — offered to turn over some of its land and rename it the city of Amazon.

But on the whole, finalists took varying approaches to releasing their proposals to the public. Toronto, the only Canadian city on the short list, posted its entire bid online without redactions. The city touted its diverse technical talent, universal health care and welcoming immigration system. It also proposed real estate sites for the facility.

But many cities released blacked-out versions of their bids or refused to make any part of their proposals public. Philadelphia released a heavily redacted proposal that included information about possible sites and its talent pool, but blocked out details about incentives.

Where are we in the decision-making process, and when will Amazon make a final announcement?

Amazon is famously secretive, so it's no surprise the company has largely remained mum throughout the HQ2 process. Since announcing its short list in January, Amazon has given virtually no public updates beyond reiterating that a decision would be made this year.

According to a source familiar with the search, Amazon wrapped up visits to all 20 finalists this summer. When touring cities, Amazon representatives met with local business leaders and saw potential real estate sites.

Following those visits, Amazon asked the finalists for a comprehensive request for information — a standard document for economic development projects — containing a variety of questions about talent, real estate, regulations and more.

In recent months, the company also reportedly revisited some of the bigger cities such as Miami, Chicago and New York City, according to the Wall Street Journal.

PIX11 contributed to this report.