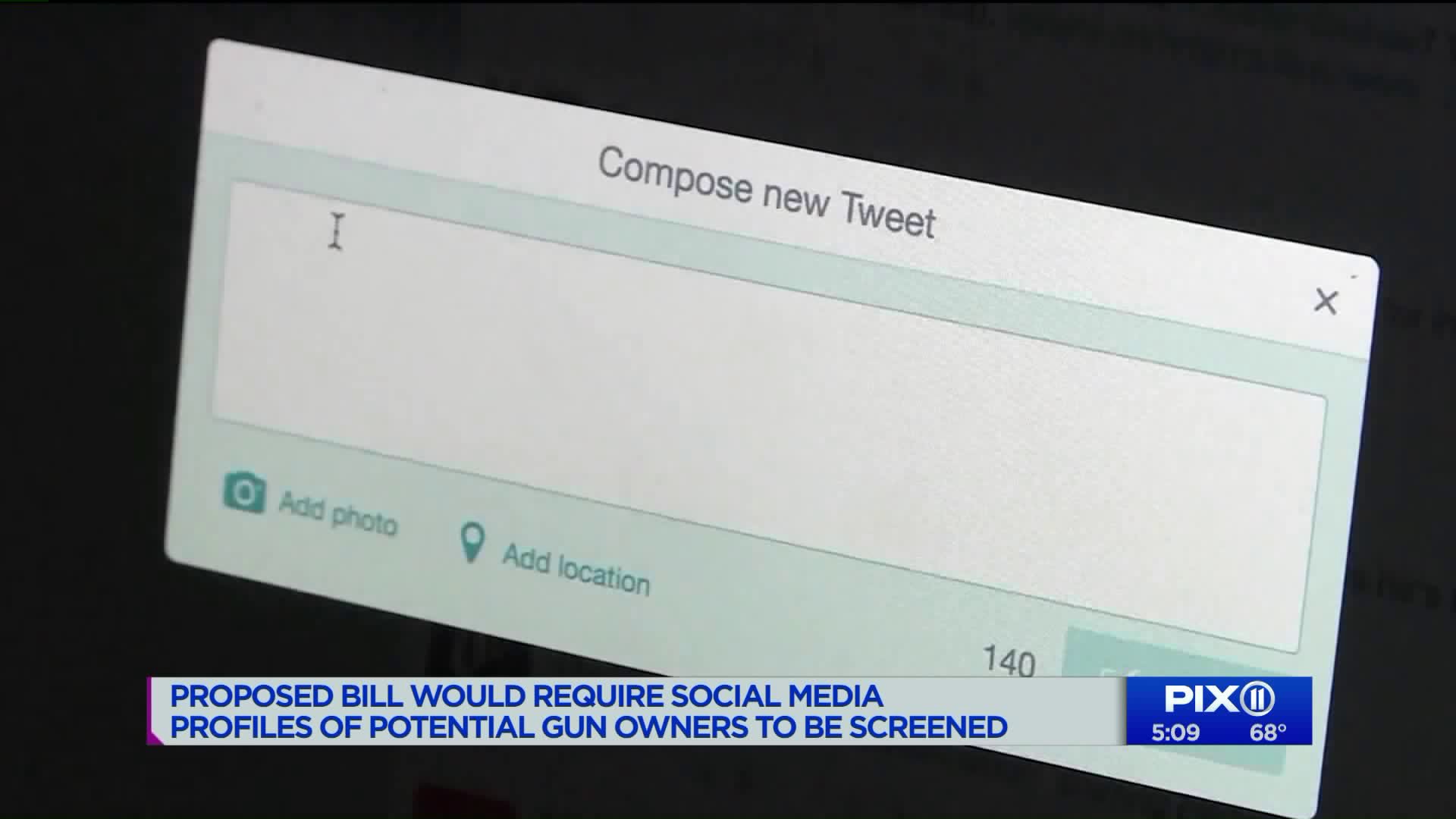 In the wake of the Pittsburgh synagogue massacre that killed 11 people, two local politicians are pushing a bill that would require social media profiles of potential gun owners to be screened.

The suspected shooter, Robert Bowers, had a history of posting anti-Semitic messages. Adams says that type of social-media hate speech should be used against anyone buying a gun.

The proposed bill would authorize state and local law enforcement to review three years of social-media history and one year of internet search history, for any person seeking to purchase a firearm.

“The price of freedom is eternal vigilance and so it’s important for us to continue to review our laws as it relates to access to guns and other kinds of weapons,” Parker said.

Today, @SenatorParker and I are announcing legislation to authorize the @NYSPolice and authorities like the @NYPD to conduct social media and internet search history reviews as part of the background check process for purchasing a gun. Our primary goal must be to #endgunviolence. pic.twitter.com/0IvlhHVRbJ

“Too many people who are emotionally disturbed are doing and showing their emotional instability on the social-media platforms," Adams added. "Yet these platforms are not being used to properly scrutinize if an individual should purchase a firearm."

The four platforms include Facebook, Twitter, Instagram and Snapchat. Police will look for patterns engaging in violent hate speech or posing threats of violence to themselves or others.

Adams stressed this is not an attack on First Amendment rights and added that the NYPD is already using this tactic to investigate gang members.

The public has mixed reviews on their proposal.

“I think that’s kind of a gray area," said Barbara Graham. "I think that mental illness and police record, felonies or things like that definitely should be part of it."

“I know they do social-media checks for other things, jobs, things like that, so if this is a requirement I think it would be good,” said Emanuel Roderick.

Gerald Jospitre agrees. “That’s a perfect idea. I think it’s a necessity because how do you figure out someone’s psychology? You look at their Facebook profile.”