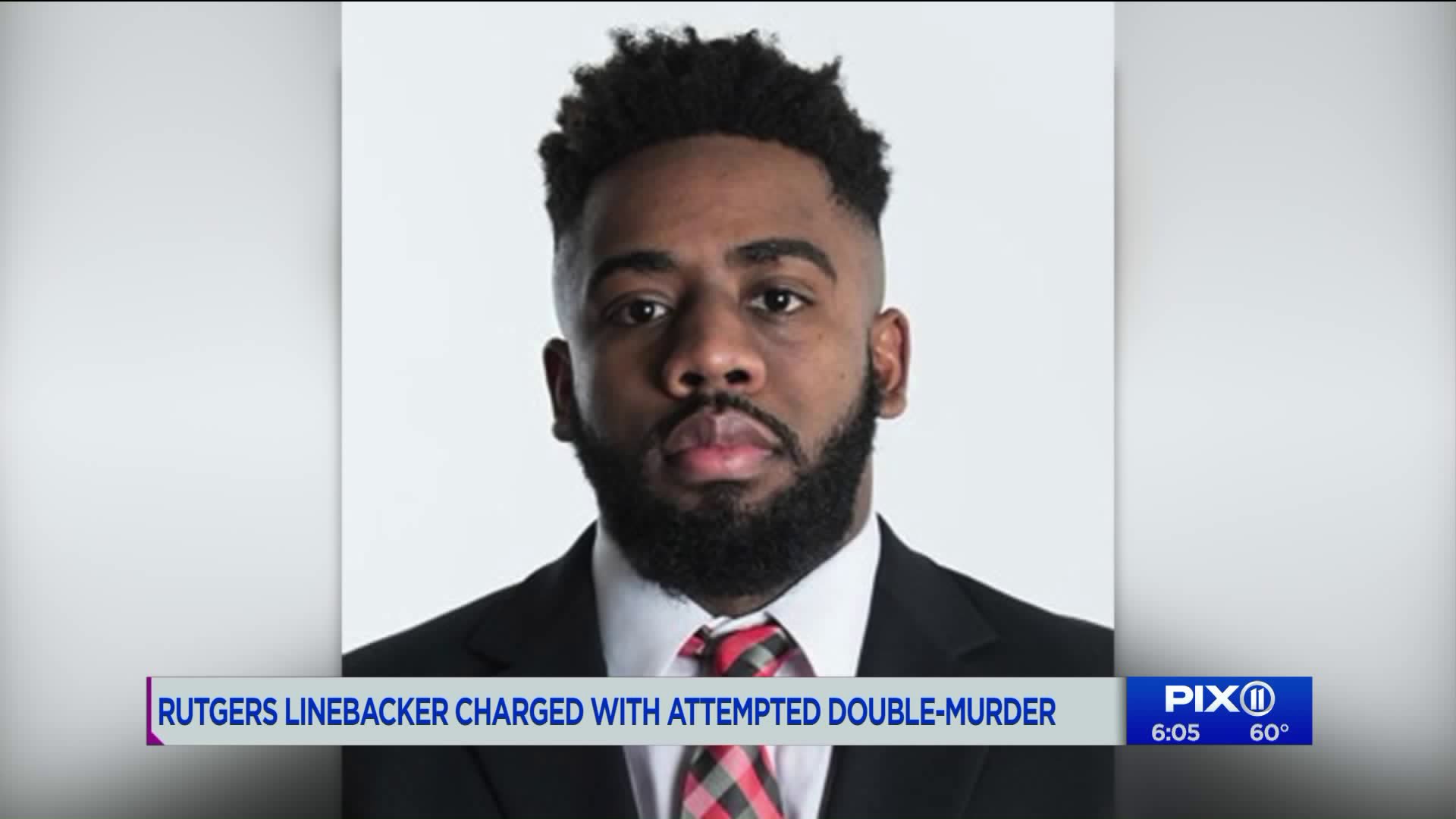 Police found a mask, gloves and crushed up Tylenol in Bullocks car. Detectives say he admitted to his plot to commit a double-murder. He allegedly looked up his victims address and confided his plans in others. Police say he even asked someone to be his getaway driver or lookout.

Police say they found a mask, gloves and crushed up Tylenol in Izaia Bullock's car. They also say the 22-year-old junior linebacker for Rutgers University Football admitted that these were tools to commit a double-murder.

Bullock reportedly is struggling with a break-up and his alleged victims were to be his ex-girlfriend's family.

Police say he found their address and even asked an accomplice to serve as his getaway driver or as a look out.

Bullock allegedly confided his plans in others and one person recorded his plot.

The University stated he has been dismissed from the football team.

Bullock made his first appearance in court Wednesday via video link from the Middlesex County Jail.

His family sobbed inside the courtroom. His mom, step mom, dad and a family friend watched as the judge read him his rights.

This is the second-time Rutgers' football program has been in the news in recent months over criminal charges.

In August, eight players were arrested for running a scheme to steal money from credit cards.

"If they are here for a scholarship, they shouldn’t do that at all," said Steven Florez, a sophomore at Rutgers University. "They should take steps towards fixing that problem. And really trying to, I guess advise students. Like if they see they are in a difficult situation - to give them help."

Rutgers faculty actually held a protest on campus Wednesday because they say that while money is lacking in some educational departments, it is being poured into sports.

"I am really concerned about the type of operation that not only the football team but the whole athletics department run. They seem so desperate to win, that they will go to any measures," said Professor David Hughes. "We have an athletics department that lost $47 million last year. Every year they take $11 million to $12 million from students fees. And it’s contributing to the bankrupting of education here at Rutgers."

Rutgers University issued a statement stating that the University is initiating disciplinary proceedings against Bullock.

He will be back in court on Friday at 9:30 a.m. before Middlesex County Superior Court Judge Michael Toto for a hearing on whether he’ll remain in jail pending a trial.