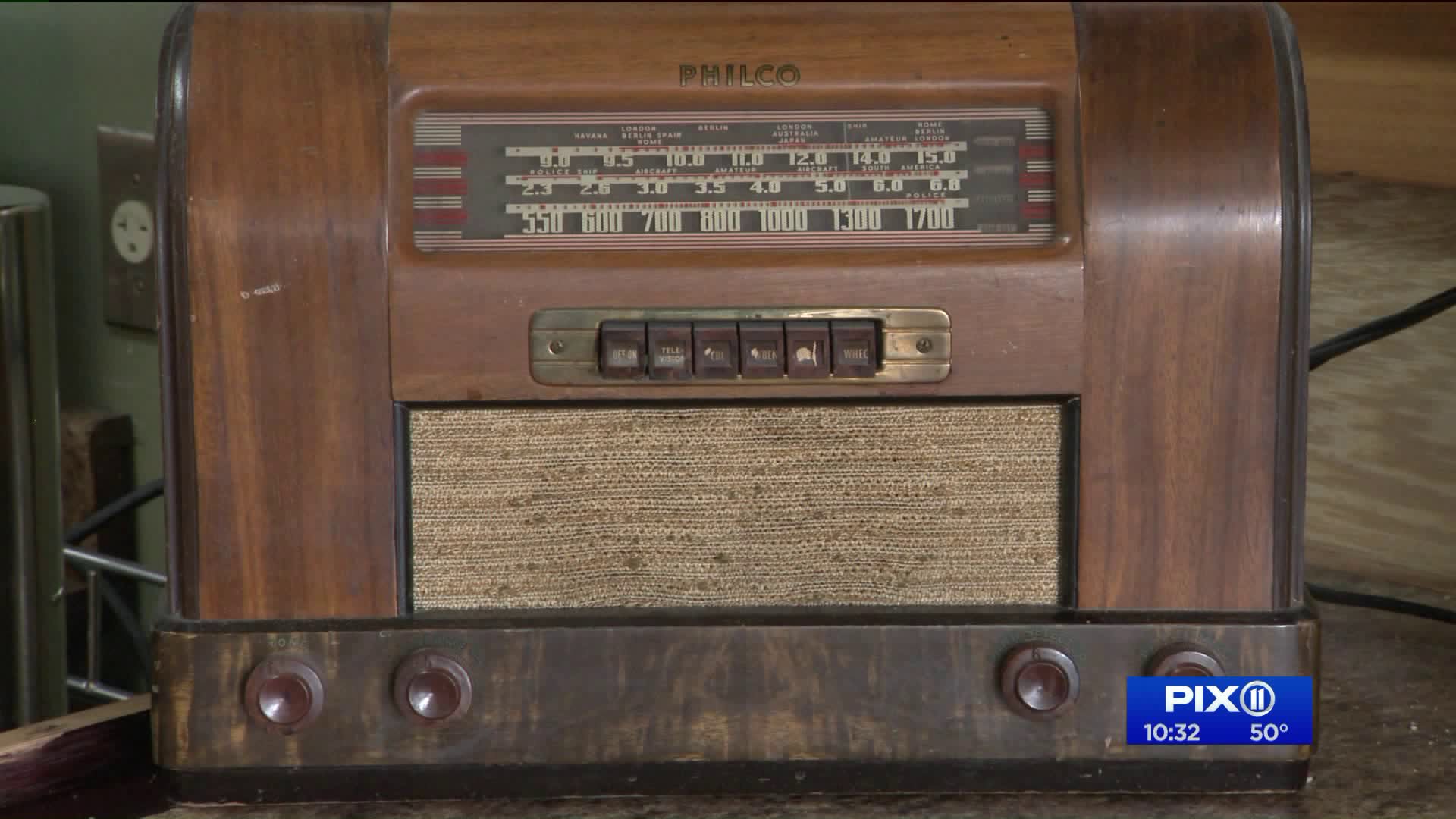 The martians reportedly were landing in cylindrical-shaped spaceships almost half the size of a football field into the rich New Jersey farmland, then into dozens of other towns and cities across the country. Strange looking creatures carrying death ray guns were said to be destroying everything in sight.

NEW YORK -- A broadcast described as a radio version of dressing up in a sheet and jumping out of a bush and saying boo. But it was more of a scream on the night before Halloween 80 years ago tonight -- and it frightened everyone half to death.

"Ladies and gentlemen I have a grave announcement to make," the announcer intoned at the time. "As incredible as it may seem, those strange beings that landed in the Jersey farmlands tonight are the vanguard of an invading army from the planet Mars.”

The martians reportedly were landing in cylindrical-shaped spaceships almost half the size of a football field into the rich New Jersey farmland, then into dozens of other towns and cities across the country. Strange looking creatures carrying death ray guns were said to be destroying everything in sight.

"At least 40 people including six state troopers lie dead in a field east of the village of Grover's Mill, their bodies distorted beyond recognition.”

“It was just chaos and people didn’t know how to react to it," Broadcast Historian Franc Gambatese said. "It was terrifying that night."

Terrifying indeed, but there was no real danger at all. The so-called martian invasion originated from the CBS radio studios in New York where Orson Welles and a group of other actors were dramatizing the science fiction thriller “The War of the Worlds.”

The program sounded so real that many of the six million people listening missed the announcement that it was a fictional program. It created panic, mostly among the folks who lived in the sleepy hamlet of Grover's Mill in rural New Jersey.

"It was very easy to believe," said Paul Moran, who listened to the broadcast. "We got our ears closer to the radio to hear what was going on and being it was so local, it made it more scary.”

The farmland is quite tranquil and picturesque right now, but just imagine 80 years ago this was part of the very beachhead of the Martian invasion.

"A lot of people left town because they were afraid of what was going on," said Bob Sanders, who remembers the broadcast. "But more people who came here wanted to see what the martians looked like."

There were no martians to be seen.

But you couldn’t tell that to the people who looked up at the flimsy metal legs of this water tower that stands as the only remnant of that frightful night. Bob Sanders who was six at the time, said in the darkness, to some it looked like something from outer space.

"They came here to see the martians," Sanders said. "It was a little foggy, the moon was coming up in the east shining on the tower so they could see that and they thought it was a spaceship."

In cities across the nation, people were hysterical. In Pittsburgh, a man found his wife about to attempt suicide, claiming she’d prefer poison to martian death rays. In Indianapolis, a woman ran into church screaming that it was the end of the world. In Rhode Island, callers urged the electric company to black out the city from the martians.

The stories about that night are legendary.

Bob Sanders remembers listening to the program, but knew in advance it wasn’t real because his father read about it in the paper

"Even though I knew it was a show, it was still scary," Sander said.

Eighty years later, the story remains legend. Franc Gambatese marks each anniversary with a re-enactment at his Grover's Mill coffee house which has become somewhat of a museum to all things martian. He wrote his college thesis on War of the Worlds and understands why listeners fell for the story.

"It was a perfect storm," Gambatese said. "War anxiety in Europe, coming out of the Great Depression -- the country was still reeling from it. It was a very believable broadcast."

"There was no TV," Sanders added. "Radio was all you had and you believed what you heard on there."

Grover's Mill has embraced the fictional martian landing as part of its central history. And it has erected this monument commemorating that infamous radio broadcast. You could say Grover's Mill is the only historical site in the world made famous by an event that never happened.

In the aftermath, Orson Welles and CBS apologized, the government investigated and set new regulations to prevent it from happening again. It did happen again, but not in the U.S.

Eleven years later, people panicked after hearing the broadcast in Quito, Ecuador. They became so enraged, they stormed the studio, and set it on fire, killing 15 people trapped inside.