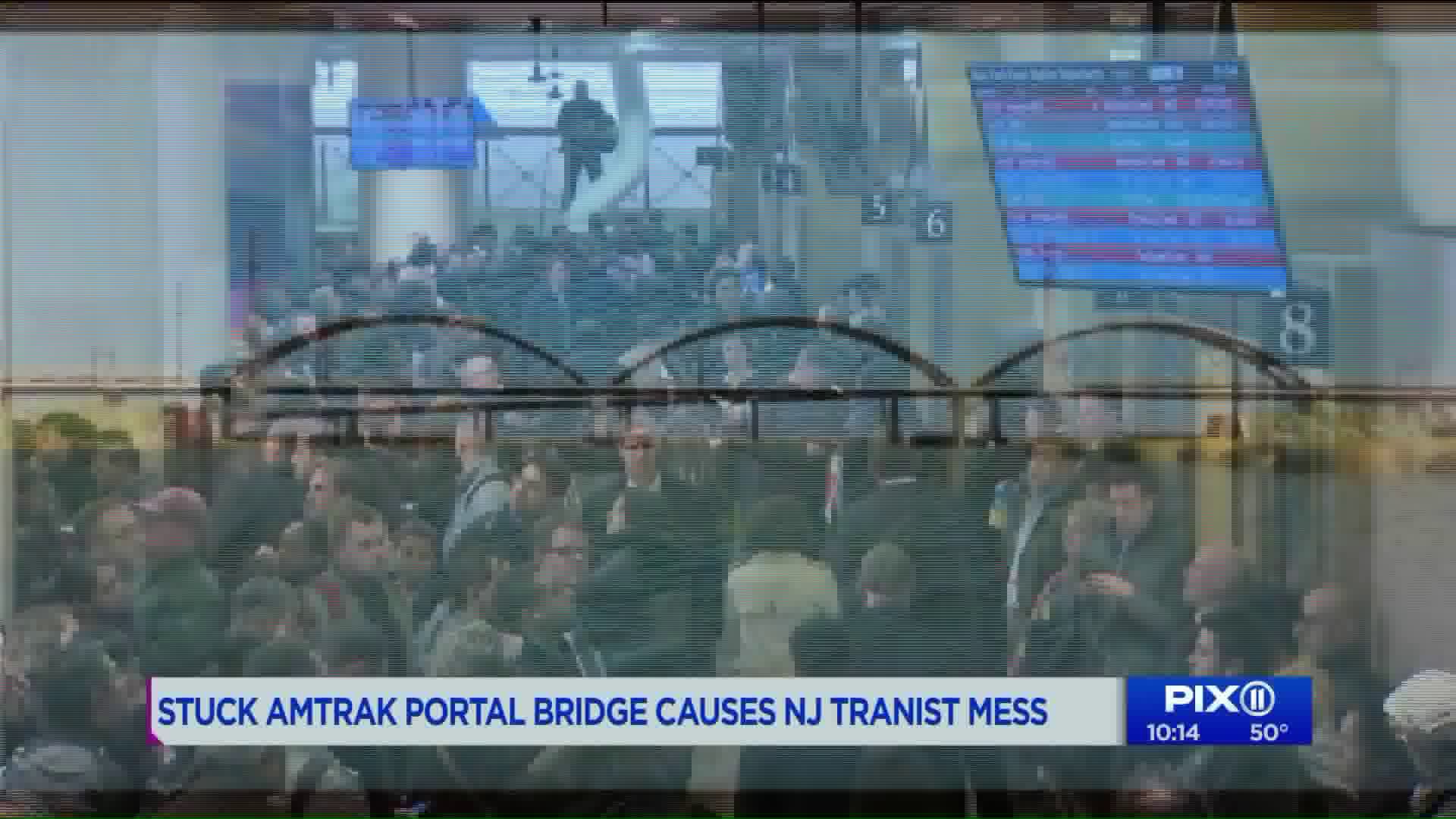 Train service in and out of Penn Station was subject to up to 90-minute delays on Tuesday because of a bridge problem. The Amtrak Portal Bridge was opened for marine traffic and wouldn`t close afterward. 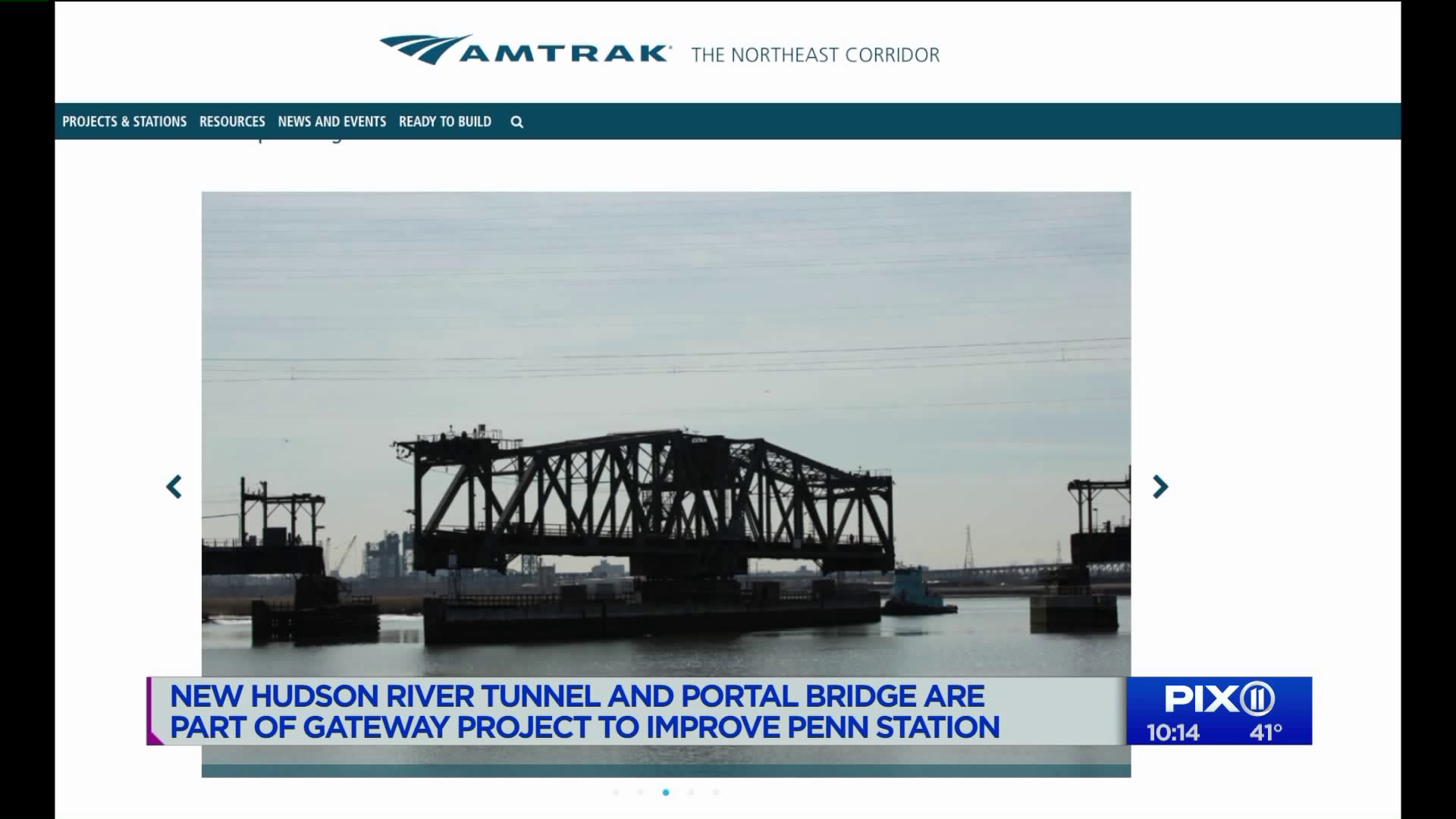 KEARNY, NJ — Mention the Portal Bridge and you'll hear some comments from commuters.

Trains traveling to and from Penn Station in New York and along the Northeast Corridor from Boston to Washington, D.C. have to pass over the structure.

The 108-year-old swing bridge over the Hackensack River near the Secaucus Train Station also opens to allow barges and boats.

It doesn't always close correctly. Amtrak has crews stationed at the structure and some work has already started to build a higher bridge that doesn't need to open.

The Gateway project includes the new, taller Portal Bridge. A new tunnel and tracks under the Hudson River are also part of the $20 billion project.

Amtrak, and the states of New York and New Jersey have pledged to fund it. Discussions are continuing with President Trump and Congress about a federal partnership.

When the bridge isn't functioning correctly, trains are stopped in their tracks. Here's the scene in November at Penn Station when trains faced up to 90-minute delays on Tuesday because of a bridge problem.

System-wide cross honoring is in effect with PATH, NJ Transit bus and privately operated buses when there issues.

"The Portal Bridge’s unreliability only continues to cost commuters their sanity, and our region real economic activity. New Jersey is more than ready to build its replacement and has more than put its skin in the game – we have committed $600 million, we have identified cost savings, and we have addressed the feedback and recommendations of the U.S. Department of Transportation. The Portal Bridge replacement is fully permitted and shovel-ready. We, and countless frustrated commuters, are now forced to sit anxiously as the Trump Administration delays in doing its share.

NY Gov. Andrew Cuomo has pledged state funding for the Gateway Project. He toured the tunnels and sent a video to President Trump. Cuomo and Trump also met to discuss funding the project.

They're creating a new group to review the costs of the project.