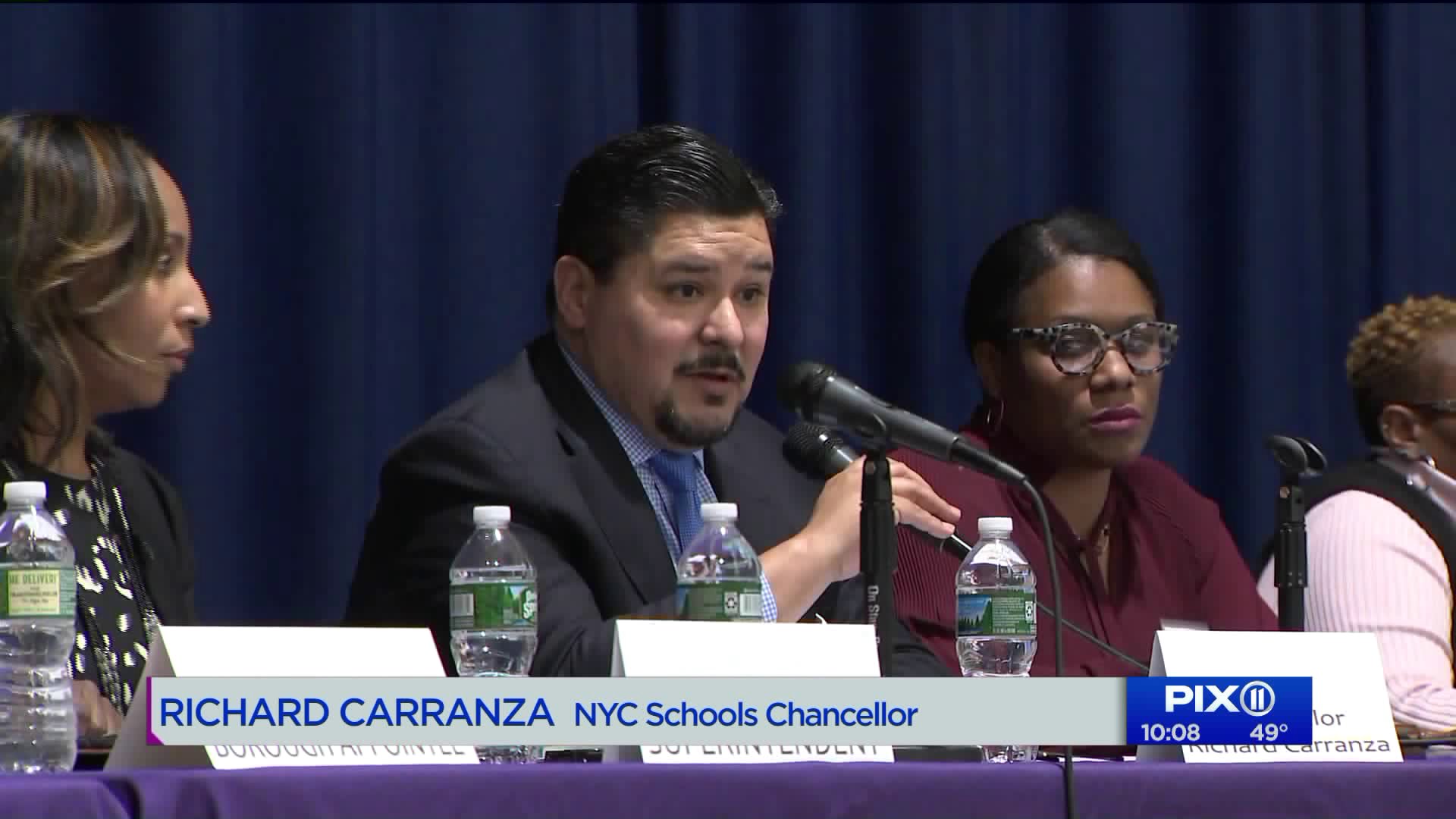 It was more of the same during a Town Hall meeting with District 5 parents and community leaders in Harlem Monday night.

“I’m going to let you in on a little secret," Carranza said. "And it’s not so much of a secret. It’s a system of the haves and have nots."

It was more of the same during a town hall meeting with District 5 parents and community leaders in Harlem Monday night.

But to be clear, Chancellor Carranza did not exactly get the warmest of welcomes from the District 5 Community Education Council President.

“Don’t come in my community, ignore my parents, and then expect us to have an open, and healthy relationship,” said CEC5 President Dr. Sanayi Beckles-Canton.

Chancellor Carranza immediately responded, “I haven’t even been in this community in this kind of a format, so that I could disrespect you. That’s not who I am. That’s not what I’m about. So my staff will follow up with you ASAP to schedule that time.”

We should note this was a controlled affair – all of the questions were pre-screened, a perfect opportunity for Chancellor Carranza to tee off on the hot button issues like charter schools, diversity, and a more equitable distribution of resources between the city’s wealthy and economically struggling disadvantaged districts.

“Let me be really clear. there are schools that get a lot of notoriety because they prepare their kids all year long for the test," Chancellor Carranza said. "I will never support that kind of a school system – because that’s not an education."

Parent Association President Laura Blake says she still gives the chancellor a thumbs up for striking the right tone, and is waiting for the Department of Education’s pledges to translate into results.

“Not as of yet. But i think it’s really early on," Blake said. "So I think the conversation is just starting. So i think it’s important – and we just have to hope."