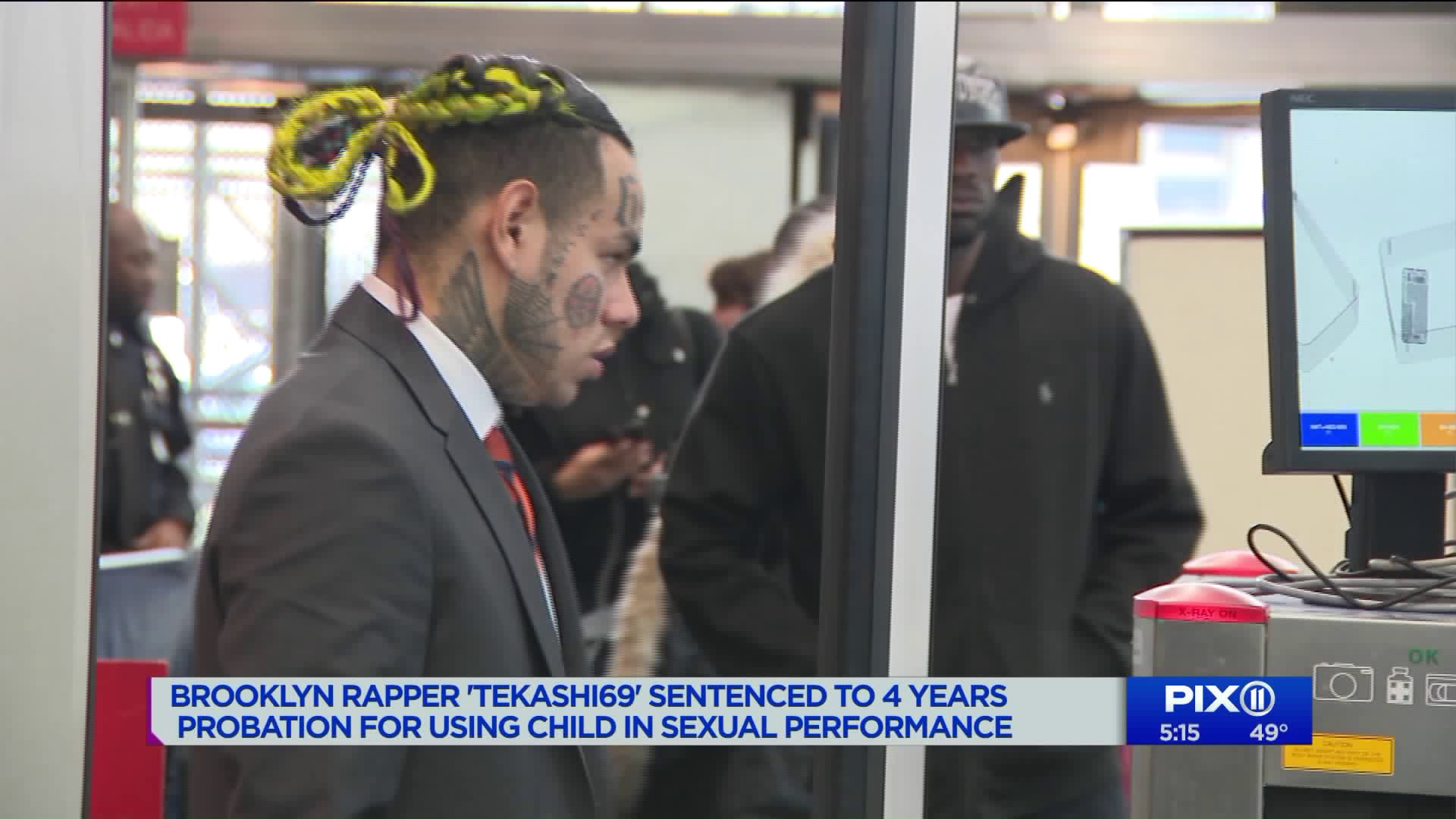 Brooklyn rapper Daniel Hernandez, famously known as Tekashi69 and 6ix9ine, has been sentenced to 4 years probation for using a child in a sexual performance. He will also have to complete 1,000 hours in community service.

BROOKLYN — Brooklyn rapper Daniel Hernandez, famously known as Tekashi69 and 6ix9ine, has been sentenced to four years probation for using a child in a sexual performance.

The 22-year-old rapper pled guilty after online videos surfaced of him sexually engaging with an underage girl in October 2015.

Hernandez was seen touching and fondling the minor's body parts, and standing behind her while "making a thrusting motion with his pelvis and smacking her on the buttocks," according to a complaint filed with the criminal court of New York.

At the time of the incident, Hernandez was 18 years old. The minor was 13.

Prosecutors portrayed an unsavory picture of Hernandez on Friday while citing his Instagram posts, claiming he was constantly getting into trouble.

But Hernandez's lawyers argued that Tekashi69 is just a character and a form of entertainment.

"He knows how to market. And like he said... all that stuff on Instagram... all that blood association... it's to make money," his lawyer said following the sentencing. "What does he do with his money? He gave like a million dollars away. Who does that?"

Hernandez originally faced 1-3 years behind bars. In addition to his probation, the rapper will have to complete 1,000 hours in community service.