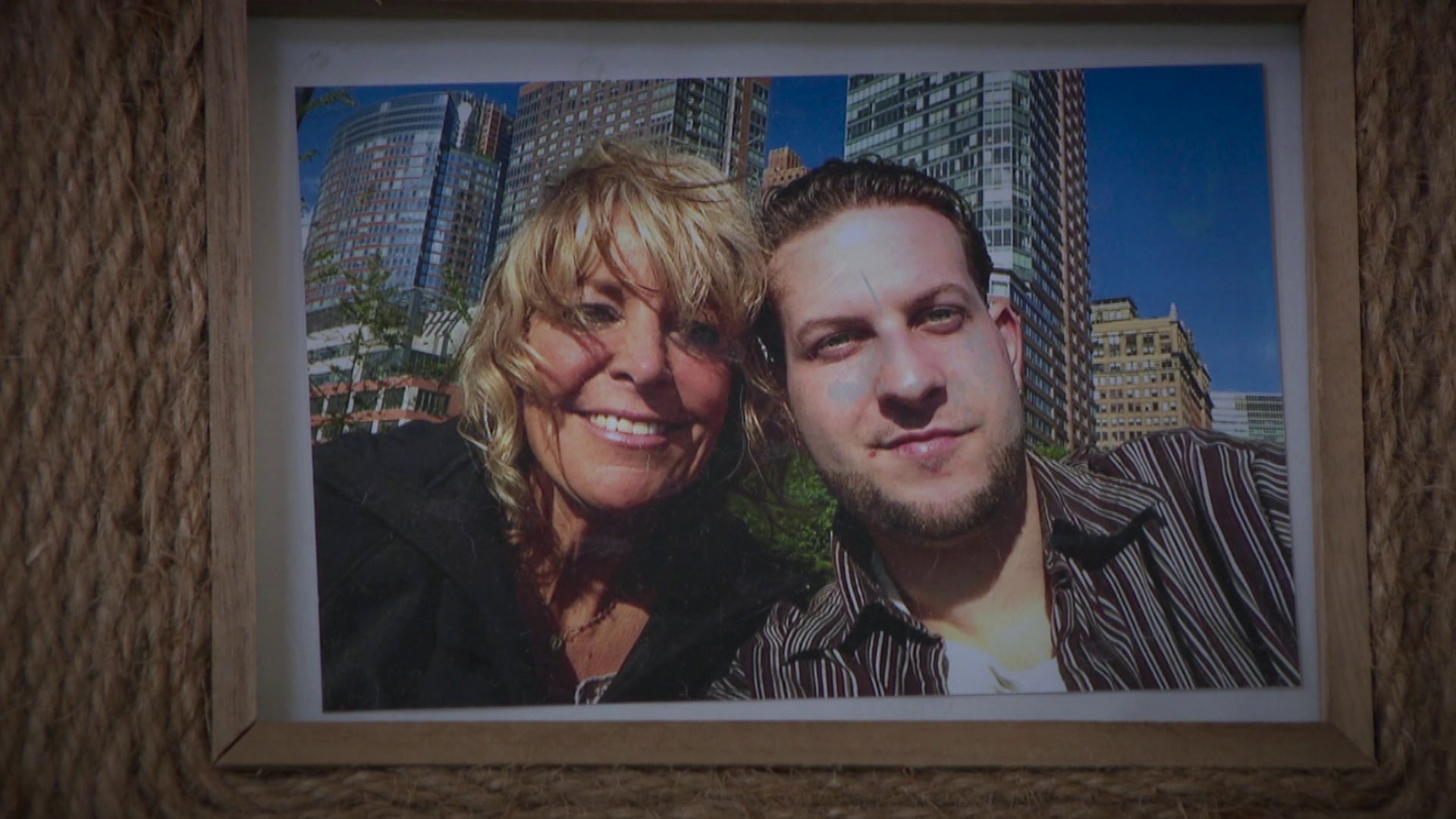 Rehab is a $35 billion industry. There are roughly 15,000 drug treatment centers nationwide. But it is also a largely unregulated business. Critics say there are no federal standards and little empirical data to back up alleged success rates in facilities.

NEW YORK — Rehab is a $35 billion industry. There are roughly 15,000 drug treatment centers nationwide. But it is also a largely unregulated business. Critics say there are no federal standards and little empirical data to back up alleged success rates in facilities.

The country is in the throes of an addiction crisis. Americans need help and the treatment industry has become big business.

‘The problem is the treatment isn’t very good the price tag is very high and families who would pay anything to save their kids’ lives are being duped left and right by these marketers,” said Dr. Jeffrey Reynolds. Reynolds is President of the Family and Children’s Association, based in Mineola, Long Island.

“Long Island is viewed as one of those places that’s fairly affluent and it’s been hit hard by the crisis so marketing representatives from treatment facilities across the United States but disproportionately in California, Florida and a few other states, have arrived here en masse to lure young desperate kids into treatment in other places.”

Reynolds, who also is on Governor Cuomo’s Heroin and Opioids Task Force, runs a workshop for families to educate them on what kinds of questions to ask when they’re seeking help for a loved one.

Sharon Richmond, of Northport and Barbara Sena, of Deer Park, are two women who valiantly sought help for their sons. Their sad commonality, each lost their son to an overdose. When they realized the young men shared a birthdate, they developed a friendship, a friendship that’s only grown now that both moms are turning their loss into a fight for change.

“Vincent was a wonderful boy, he was just a kind-hearted boy,” Richmond said. “I used to call him my shining, shining star.”

A single mom since her son was two and a half months old, Richmond says he was her best friend, and her only child.

“The loss is great and I feel like it’s so important for me now to advocate in his name because good kids make bad choices and the stigma that is placed on people that have this disease of addiction it’s an unfair stereotype,” adds Richmond.

Vincent D’Antoni started experimenting with oxycontin right after graduating high school. It soon became two battles, Vincent’s battle with addiction and the never-ending battle with their insurance company to pay for treatment he so desperately needed.

Richmond says the insurance system is broken. She encountered numerous difficulties with her coverage. The biggest roadblock – they wouldn’t pay for in-patient treatment. When they did, she had to fight for every extra day, at one point, appealing to the state Attorney General’s office.

“They did the detox they wouldn’t pay for the suboxone, he was severely withdrawing so the facility called me I paid for it out of my pocket, and then they denied the inpatient,” Richmond said. “They only cover the three days they would not cover the in-patient.”

The insurance company wanted to pay for just outpatient. In the end, Richmond brought him home, where he died several months of an overdose. He was only 25 years old.

“I think that he needed that structure, he needed a place where he felt like he was inside a facility, where there were meetings every day, where they have counseling where there are other people like him where he didn’t feel the stigma and like so much of an outcast.”

Now Richmond is taking her fight to Albany.

“They say they’re committing themselves and they send their condolences but at this point, I don’t want condolences I need action," Richmond said.

She wants lawmakers to hold insurance companies accountable, forcing them to be compliant with the 2008 Mental Health Parity and Addiction Equality Act. MHPAEA is a 10-year-old federal law requiring substance abuse disorders to be treated the same way as a medical illness. One hope is that will make insurance companies more likely to pay for treatment.

“Insurance companies need to carry the burden they have to prove they are in compliance, if they’re not, then their insurance policy can’t get sold. California and Illinois are already doing it, I just can’t understand we’ve made strides but why New York isn’t doing it,” said Richmond.

Barbara Sena proudly shows us her son Michael’s signature tattooed on her ankle, her way of carrying her son close to her every moment of every day. Michael was 20 years old when he tried oxycontin for the first time. Like Vincent, Michael was seemingly healthy, athletic, full of life. Two lives cut short by the opioid epidemic. Two families, shattered, now becoming advocates in their sons names.

“He was a crazy funny kid had a lot of life and people were just attracted to him, because he was that fun kid that you wanted to hang out with and everyone wanted to be friends with,” Sena said. “He would just light up a room with his smile and laugh, if you listened to his laugh there’s no way you wouldn’t laugh yourself.”

“There’s no way I ever thought he would ever do drugs he was the kid that in school did students against drunk driving and I just thought he would never do it,” Sena said. But the drug was too strong, too addictive.

When Michael spiraled out of control and sought help, he was treated in at least eight different rehab facilities or sober homes – three out of state. Heroin also became a problem. His family quickly learned it’s a complex and difficult journey to get off drugs.

“it was so addictive the drug that you crave it,” Sena said. “I know he loved me so much and he did not want to be a drug addict the system failed us so badly.”

Sena said she was disappointed by the rehab centers and sober homes he was treated at.

“They did not have enough people on staff to help them with the kids, my son learned so many bad things there,” Sena said. “I think there’s gotta be more monitoring and control.”

Facilities advertise beautiful places -- you’ve seen the ad online, on TV or on the radio. But critics say there is no rating system – and no empirical data to back up alleged success rates.

Dr. Reynolds says there needs to be more transparency.

“I think a report card that includes the number of patient you’ve taken in, what turn rates look like, how quickly people leave, what your staffing looks like and what the credentials of those people are,” Reynolds said.

“Addiction treatment is probably the one place in healthcare where there’s no relationship between the cost of care and the quality of care, some of the worst treatment in the world for addiction treatment is the most expensive because you’re paying for the thousand thread count sheets and not the clinical services,” Reynolds added.

Sena was also struck by the limitations.

“I think all along the system failed me all the roadblocks that I hit," Sena said. "My son didn’t detox at one of the facilities, he wanted to detox at home so me and his girlfriend for 72 hours detoxed him at home and that Monday he said I’m ready to go into a facility. When we got there, they drug tested him I’m sorry you don’t meet the criteria I actually got the insurance company on the phone and said if my son dies, I’m going to come back and sue you they were like no he has to try intensive outpatient.”

“Honestly I would spent it again if my son was still here I really would I would do anything to have him back.”

She said she was at wits end one night when she thought she heard the voice of a higher power on the road.

“I was driving home from the hospital when they kicked him out and I didn’t know what to do then I heard a radio station say we can help you If your sons an addict and then I called them up they shipped him out to Texas.”

So called “brokers” have also become a part of the industry. They serve as middle man – although legal – they’re getting paid by facilities for the number of new patients they bring in.

“These are boiler room operations. They’re paid when they make those referrals. it’s usually between “3,000 and $15,000 for every person you deliver,” Reynolds said.

After Michael returned from Texas, he was better. Barbara says the broker would periodically call to see if he needed treatment again and when Michael did, the broker facilitated his travel to another facility in Florida.

“It is cold calling and then he gave my number to somebody else so somebody else would call me well our facility is better than this facility,” Sena said.

Barbara’s son had just left a sober home in Florida when he overdosed in that state. He had just turned 26.

“He is not here today to speak for himself, so I want to pay my son’s mission forward and help others,” Sena said.

“What keeps me going is that I wake up in the morning and I think this is going to happen to somebody today," Richmond said. "72,000 people died last year that’s more than the Vietnam war. 197 die every hour, with those facts how can there be such non action by our government I just don’t understand it."

“These are families who have taken out second and third mortgages on their house,” Reynolds said. “I’ve personally seen bills, stacks of bills for $200,000 plus and right next to that stack of bills is their kid’s ashes in an urn.”

What both families have learned, everything about the treatment industry is difficult to navigate, and expensive. Both grieving mothers turned advocates in David vs. Goliath like battles.

“My day job is my day job my night job is going out fighting for change fighting to help those other children that are struggling," Sena said.

When asked if she believed her would be alive today if the system was not broken, Richmond responded, “Absolutely, there is no doubt in my mind.”