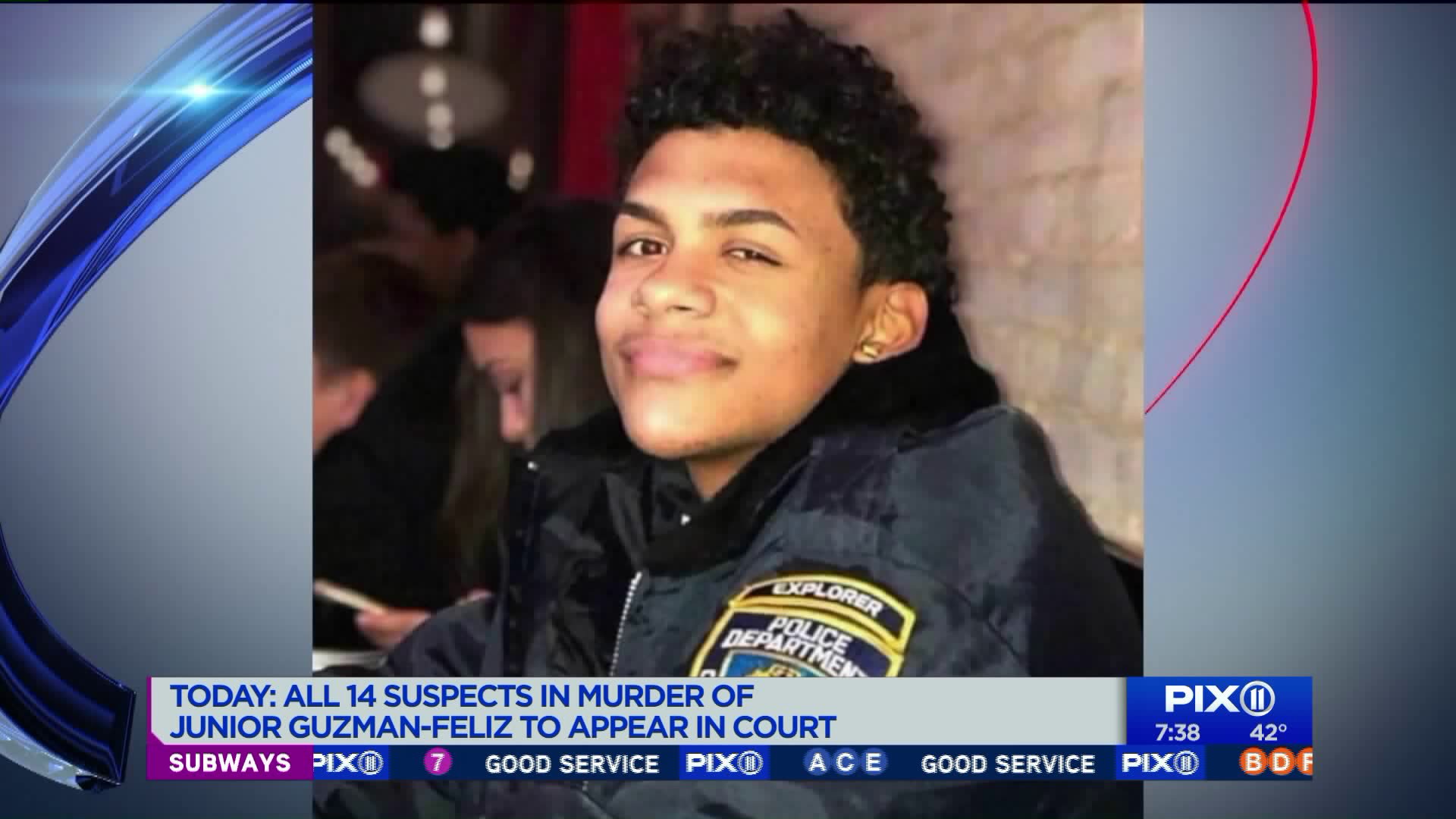 All 14 suspects accused of being involved in the slaying of Lesandro "Junior" Guzman-Feliz at a Bronx bodega are expected to appear in court.

NEW YORK — All 14 suspects in the slaying of Lesandro ‘Junior’ Guzman-Feliz are expected to appear in court together Thursday morning.

The prosecution will ask the suspects for a DNA sample in to compare it with DNA found in some of the getaway vehicles.

Guzman-Feliz, 15, was killed at a Bronx bodega by alleged members of the Trinitarios gang on June 20. He was dragged from the bodega and attacked at 183rd Street and Bathgate Avenue by a group of men who believed the teen was a member of a rival gang. He suffered a lethal slash wound to his neck. The teen ran toward St. Barnabas Hospital up the block, but he collapsed and died outside.

The 14 defendants, all of them alleged members of the Trinitarios gang, are being held in different jails around the city. A couple of them were even sent to Suffolk County, Long Island to be separated from the others.

All accused members of the Trinitarios gang — are in custody in connection with Guzman-Feliz's murder and face charges including first and second-degree murder to manslaughter and gang violence:

All 14 suspects pled not guilty in the death of Guzman-Feliz.

There will also be a march from the courthouse to the bodega where ‘Junior’ was killed.

The three-mile march will be done against gang violence.