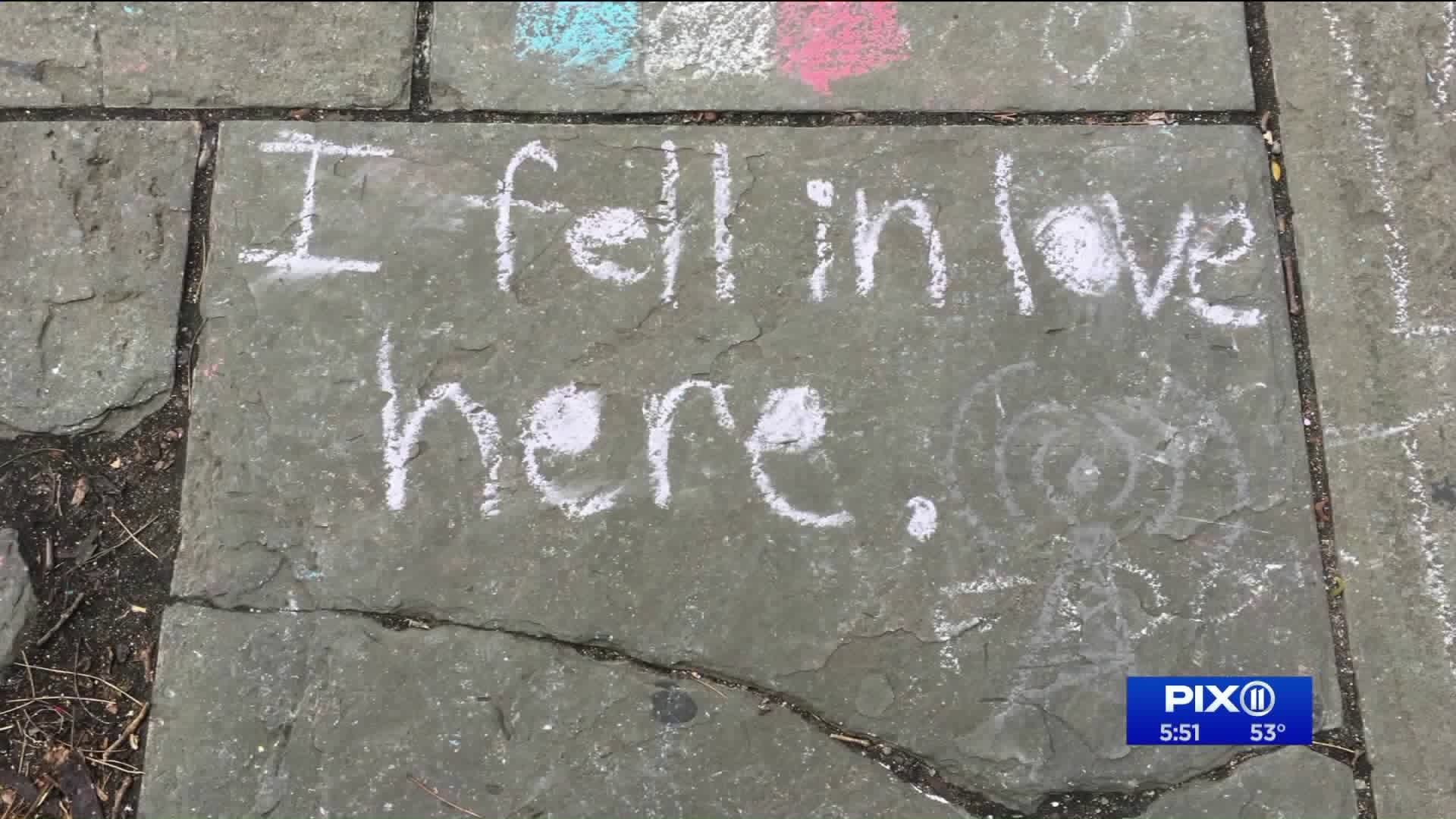 Right now, the Department of Transportation has two plans on the table. The first would close the promenade for at least six years while they build out a new six-lane highway. The second would keep the promenade open, but would require lane by lane repairs and could take more than 10 years.

BROOKLYN HEIGHTS -- It's one of the most iconic views in the world.

People from all over travel to the Brooklyn Heights Promenade to get the perfect shot of the New York City skyline. But locals love it too.

"We feel hopeful when we're out here," said Ann Dooley.

Which is why she takes a little time out of her day to put a few pieces of chalk on the promenade. Dooley says it was a big reason she and her family chose to live in Brooklyn Heights when they moved from LA years ago.

So when she found out the Department of Transportation might shut it down, to make some much need repairs on the Brooklyn Queens Expressway below, she wanted to help. Together, she and other locals created SaveThePromenade.org. The organization created a petition that already has more than 16,000 signatures and counting. Now, they're asking everyone to chalk the walk.

Dooley, a former graphic designer, came up with the idea to have people share the reasons they love the promenade, so those in power get the message.

"Since we started this, I'll walk up and down to leave the chalk and people will say hello, they care so much," Dooley said.

So far people have responded, calling the promenade a "life changing place" and sharing their own memories.

There was the time one person took their child for his first walk, the dates of their first kisses, and wedding photos.

One person wrote, "I fell in love here."

Right now, the Department of Transportation has two plans on the table. The first would close the promenade for at least six years while they build out a new six-lane highway. The second would keep the promenade open, but would require lane by lane repairs and could take more than 10 years.

"We don't feel confident that this six-year, temporary plan is going to happen," said Dooley. "We know construction always tends to take longer. It makes us really nervous. We don't have confidence that the six years will be a temporary thing."

Mayor Bill de Blasio originally came out in support of the six-year plan, but has since backed off a bit. Now the residents are hopeful they have enough chalk so DOT will get the message and go back to the drawing board.