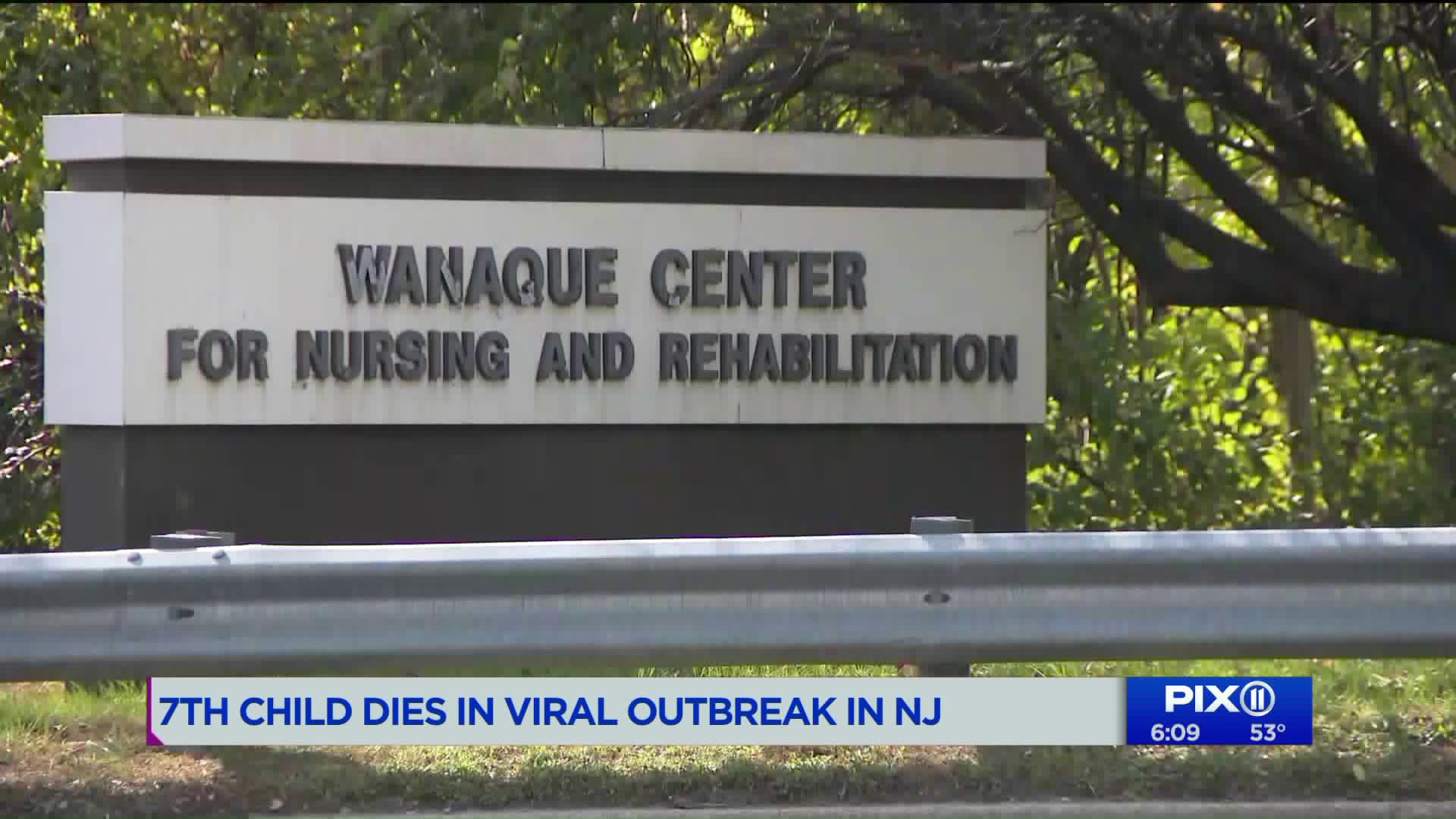 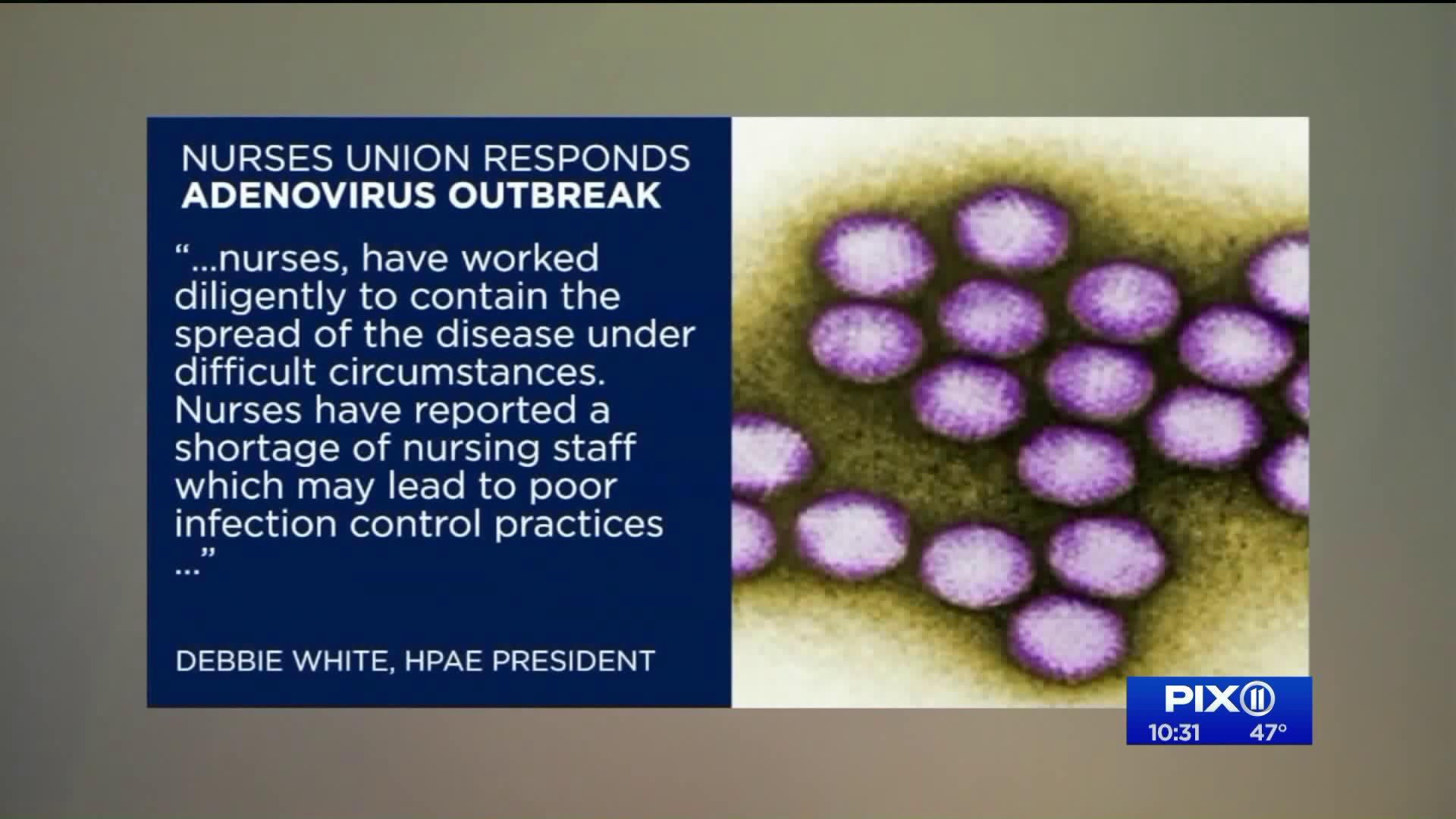 NEW JERSEY — A seventh child has died from the "severe" adenovirus outbreak at a New Jersey facility, the state’s Department of Health confirmed.

The department confirmed 18 cases of adenovirus among pediatric residents at the Wanaque Center for Nursing and Rehabilitation in Passaic County. Among the 18 children sickened, seven have died, the Health Department said. Eleven other children remain sick.

The Health Department confirmed on Wednesday that another child passed away Tuesday night during the adenovirus outbreak.

"The New Jersey Department of Health learned last night that unfortunately another child who was hospitalized due to adenovirus passed away yesterday. The young child’s death was the seventh death associated with the outbreak at the Wanaque Center for Nursing and Rehabilitation. The child’s death is among 18 confirmed cases of adenovirus among medically fragile children at the facility. The strain of adenovirus seen in this outbreak is associated with communal living arrangements and known to cause severe illness. The Department continues to work very closely with the facility to ensure that all infection control measures are being followed. An outbreak investigation, with assistance from the CDC, is ongoing."

This strain is associated with disease in communal living facilities, the officials said.

Officials at the Wanaque Center earlier confirmed "some cases" of the virus were found in its pediatric unit. The center has pledged to cooperate fully with the investigation, and has solicited medical guidance on the virus, the AP reported.

Gov. Phil Murphy said in a statement that he was "heartbroken" about the deaths and that he had been briefed by the health commissioner, Dr. Shereef Elnahal, who told him that the department is on site and trying to prevent the virus from spreading further.

"I am confident that the steps being taken by state and local officials will minimize the impact to all those who remain at the facility, including patients and employee," Murphy said.

Adenoviruses often cause mild illness, particularly in young children, but people with weakened immune systems are at risk of getting severely sick, according to the CDC.