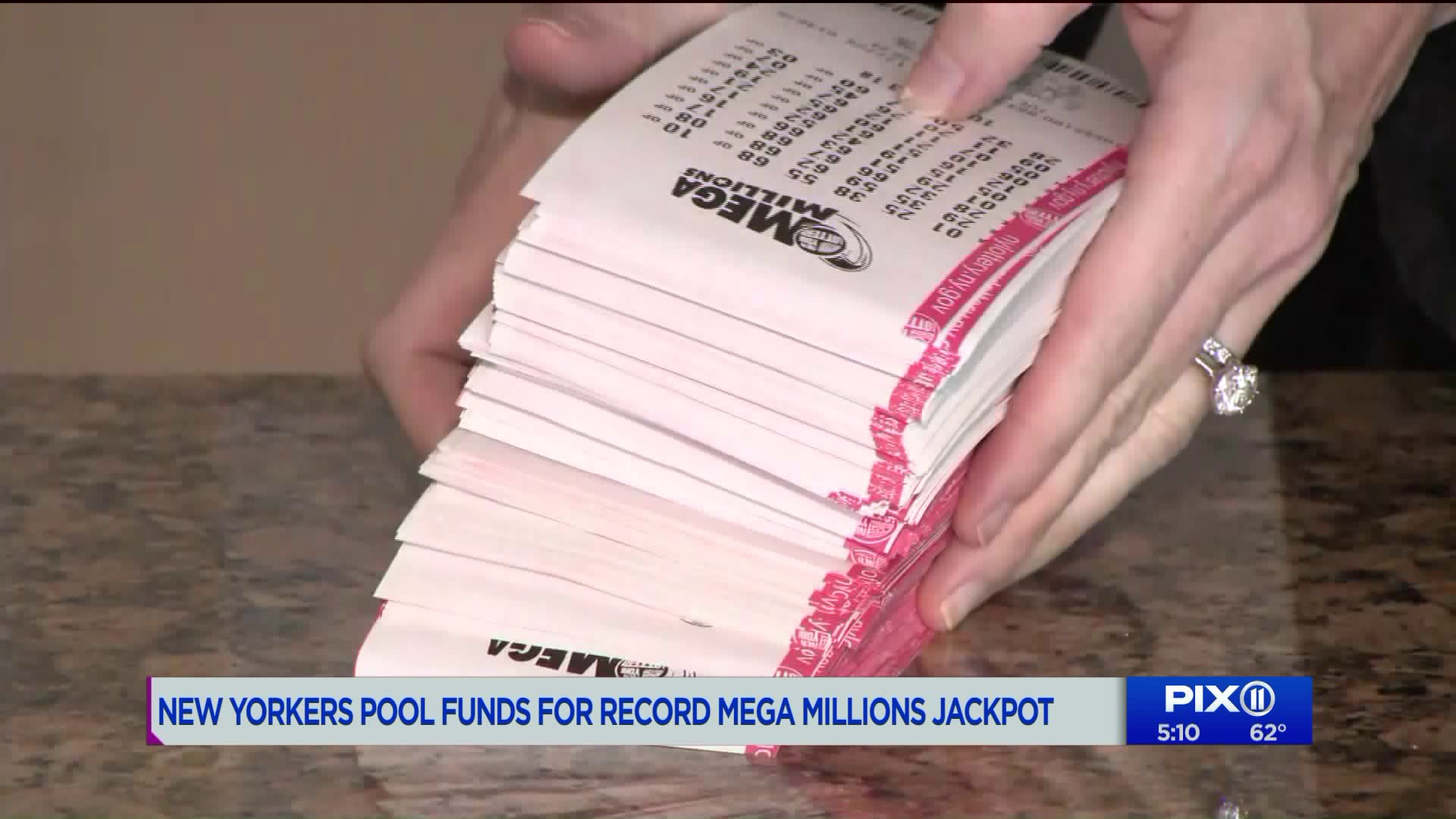 Now that the Mega Millions jackpot has shattered yet another record, a variety of very large groups have pooled their money in the hope of scoring big. However, experts on games of chance and statistics point out that even the largest pooled groups have only a very extremely remotely minuscule chance of winning.

PLAINVIEW, Long Island — It’s like a lottery office pool times a hundred.  Now that the Mega Millions jackpot has shattered yet another record, a variety of very large groups have pooled their money in the hope of scoring big.  However, experts on games of chance and statistics point out that even the largest pooled groups have only an extremely minuscule chance of winning.

Lindsey Berger is an attorney who now lives here on Long Island, but, when she’d previously lived in Manhattan, she became the administrator of the Upper East Side Mommas group on Facebook.  It’s a position she still holds.  Some members of the group, one of the most popular of its kind on the social media platform, suggested that they buy lottery tickets together with an aspiration to improve their chances of winning.

The idea caught fire, and more than 2,000 group members agreed to pay Berger $10 each to buy tickets.

She bought about half of the tickets on Monday, and the rest on Tuesday.

Because lottery rules require cash purchases, she had to convert members’ PayPal, Venmo and other non-cash payments into cash at her bank.

She walked out of the Chase branch on Tuesday afternoon with a thick envelope stuffed with Benjamin Franklin-clad notes, and confessed to being nervous.

The money was in addition to the $10,000 she’d withdrawn on Monday.

After Tuesday’s withdrawal, she did the same thing she’d done the day before:  walk the 171 paces to the Thriftway Card and Gift Store in the Chase Bank shopping plaza.  There, she made a statement that the store owners said they’d never heard before.

It took nearly a half hour — 28 minutes and 17 seconds, to be exact — for all of the tickets to be printed out and purchased.

Should one of the 2,007 tickets win the jackpot, “We’ll divide [it] evenly,” Berger said.  “Everyone will get their few hundred thousand dollars.”

With a $1.6 billion jackpot and a group of a couple thousand vying for it together, a lump sum payout is required by law.  Once taxes are taken out of the winnings, the final prize is around $600 million.  The win would result in each member of the group going home with a $298,953.66 payment.

It’s still nothing to sneeze at, but is far less than the jackpot, certainly.  Still, senior actuary and statistician Ben Keslowitz, when asked about the group’s en masse purchase, was blunt.

“They're not going to win,” he said tersely, but with a chuckle nonetheless.  “There’s a 1 in 302.6 million chance of winning.  You're grasping for straws.”

He said that the math was simple.  Whether a person purchases 10,000 tickets or one, the winning percentage for Mega Millions is still virtually zero.

That having been said, however, when asked if he played Mega Millions, Keslowitz — who is also a tournament-level poker player and expert on games of chance — replied simply once again.