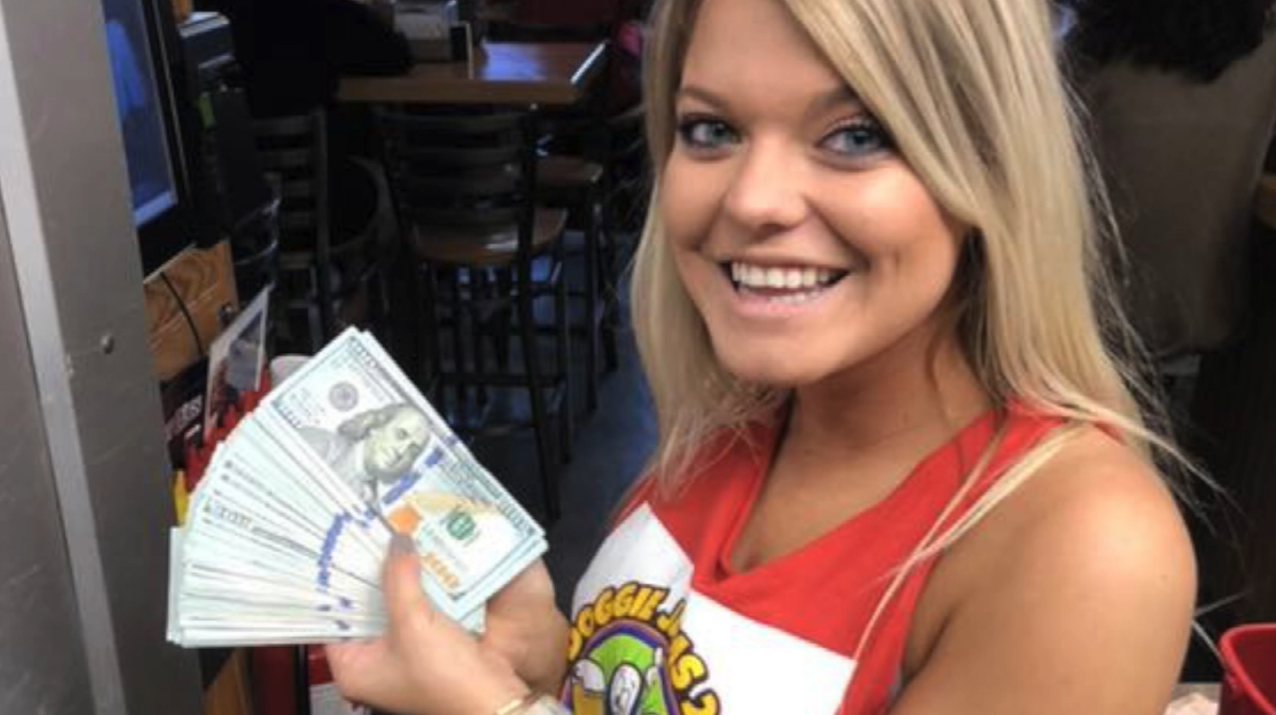 YouTube star "MrBeast" left a $10,000 tip for a North Carolina server after he went to the restaurant and ordered two waters. The lucky waitress, Alaina Custer, kept $800 to help pay off her student loans and split the remainder with the restaurant's staff.

GREENVILLE, N.C. – A YouTube star left a $10,000 tip for a North Carolina server after he went to the restaurant and ordered water.

“I went over there and they were gone. And there was like a napkin with a note that said, ‘waters were great,'” Custer told PIX11 News. “The cash was just sitting there.”

“My first instinct was ‘okay let’s figure out how we’re going take this money and then continue on operations for the day because we’re still jam-packed,” Oliverio said.

After the shock wore off, Custer noticed people recording her reaction. They said they worked for “MrBeast,” who will be releasing a video later this week.

Custer, a nursing school student at ECU, kept $800 to help pay off her student loans. The remainder was split and given to the restaurant's roughly 80 servers, hosts, busboys and cooks, regardless of if they worked that night.

“If you’ve never worked in a restaurant, it is just incredibly hard, it’s incredibly challenging,” said Oliverio. “So for everyone on our staff to just take home a nice chunk of money courtesy of the friendliness of MrBeast is just really, really cool.”

PIX11 News’s sister station FOX8 reports that MrBeast is from North Carolina and is known for giving away large amounts of money in his videos.

In a statement to PIX11 News, MrBeast said, "I enjoy the feeling of giving to others, seeing the surprised look on someone’s face after giving them a large amount of money never gets old to me. Which is why I love the position I am in. Companies pay youtubers like me for promotion in our videos, and I just take that money and try to think of fun ways I can use it to help people."