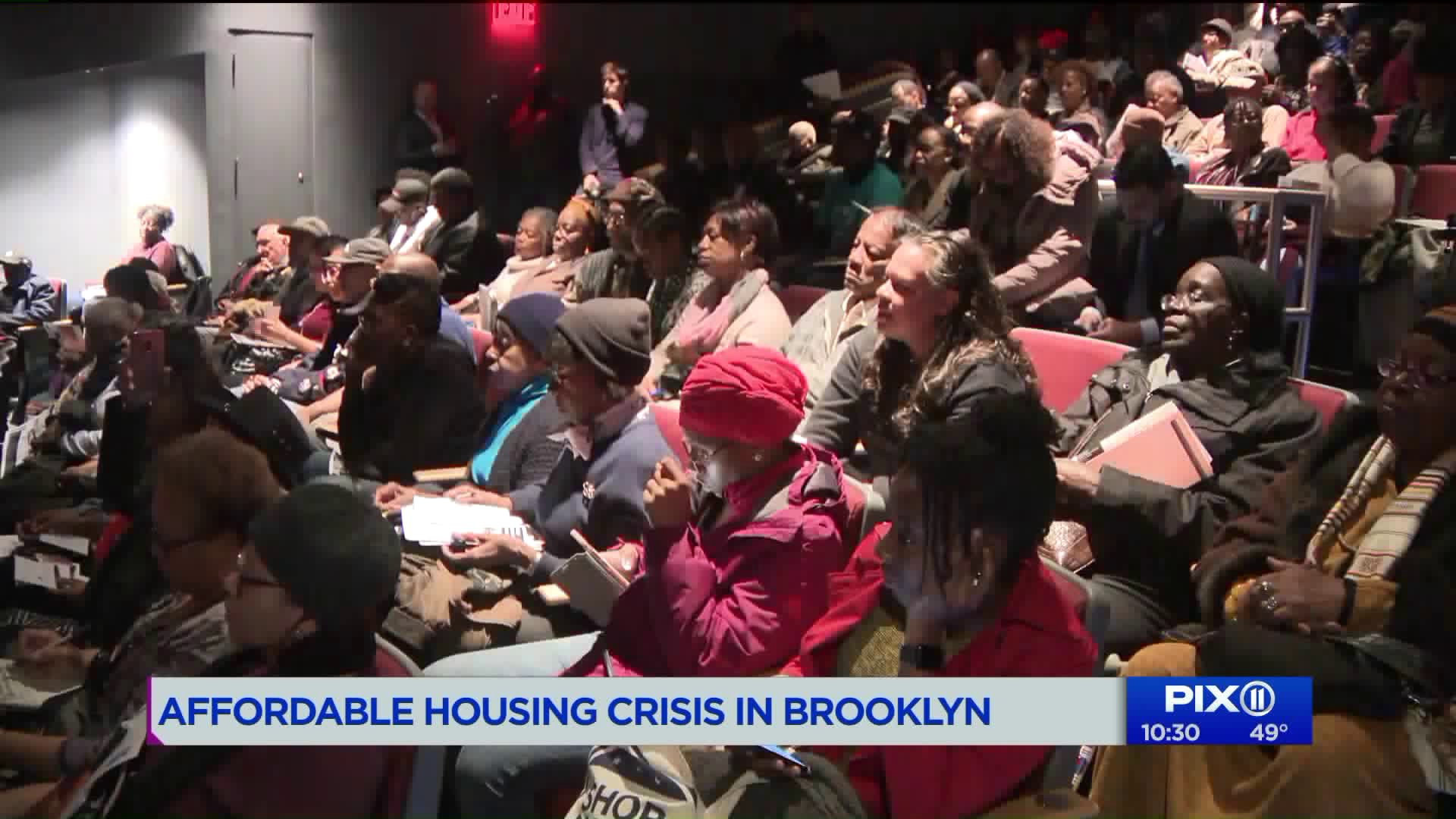 This was not a forum on issues within public housing, of which there are many, but instead an attempt to focus specifically on private homeowners and tenants.

How bad is the affordable housing crisis in Bed-Stuy, Brooklyn?

When Congressman Hakeem Jeffries announced a town hall meeting on the subject, his office received so many RSVPs, it took an auditorium to hold the crowd.

“We embrace the fact that housing in particular is a very personal issue, and we are under siege," Congressman Jeffries said. "And so we appreciate that emotion, we understand that emotion, and we just want to channel it in a constructive way."

This was not a forum on issues within public housing, of which there are many, but instead an attempt to focus specifically on private homeowners and tenants.

The frustration circulating through the room came to a boil when it came to deed theft – and the army of sketchy real estate investors residents say prey on struggling homeowners.

“Some of us have identified a single player who is a responsible for a disproportionate amount of skullduggery in Bedford Stuyvesant,” said Brooklyn resident Joe Gonzalez.

“The third party transfer program, broadly speaking, is really meant to protect tenants of these buildings that have been severely distressed,” said Deputy Director of NYC Neighborhood Strategies Leila Bozorg.

Inevitably, the conversation turned to the topic of gentrification, who’s responsible for it – and what can be done to neutralize the impact on private homeowners and tenants, who can no longer afford to live in their own neighborhoods.

One Brooklyn resident told the crowd, “The miseducation of the community is systemic. And the lack of empathy by the politicians has accelerated gentrification in our area. So it’s gonna be hard to stop the foreclosure process right now, because once you start feeding a beast a particular diet, it’s hard to change that diet.”