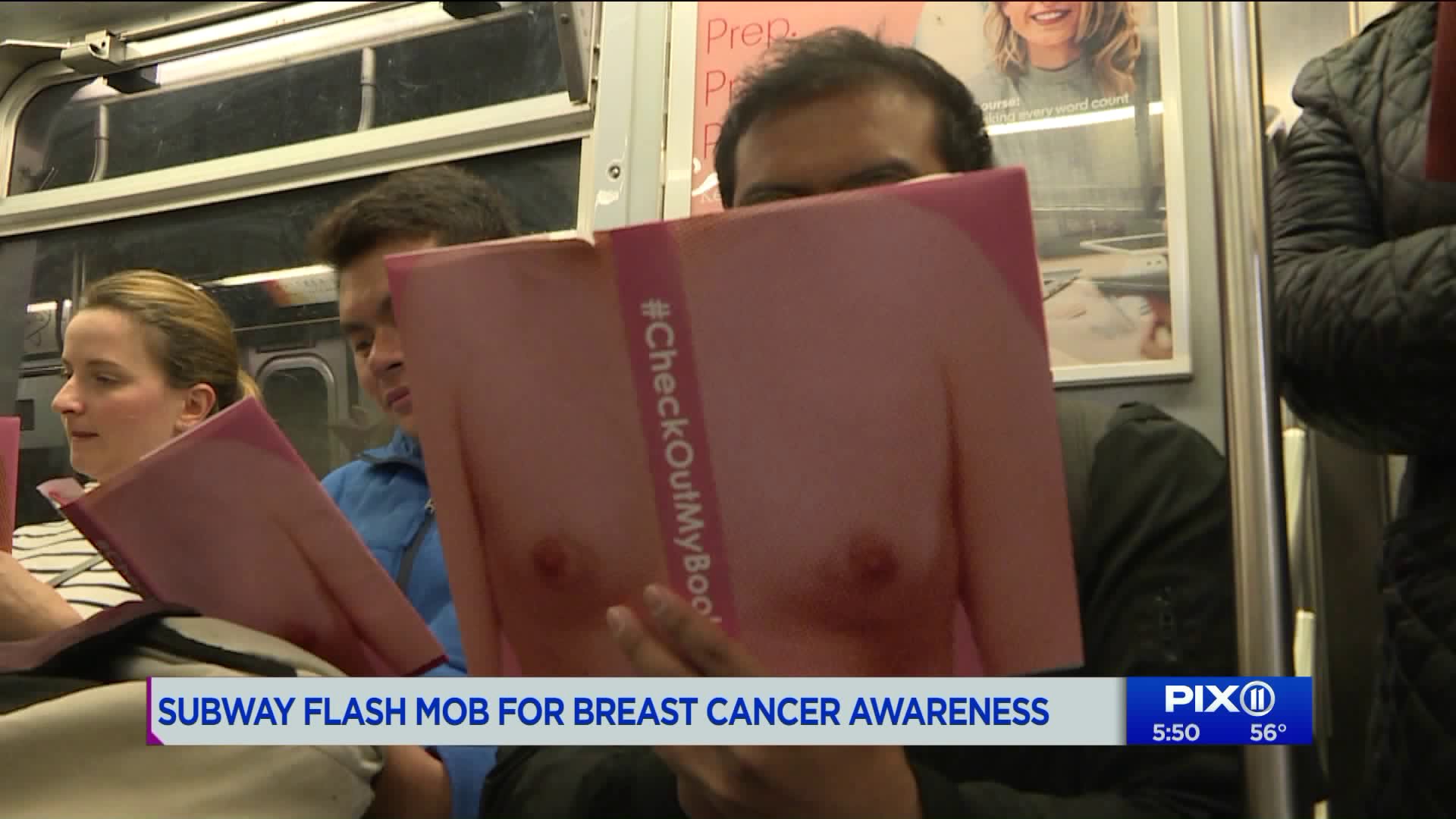 Perhaps you`ve noticed it`s getting a little nippy outside, but that`s nothing compared to what one group of subway riders experienced on the L train Friday afternoon.

NEW YORK — Perhaps you've noticed it's getting a little nippy outside, but that's nothing compared to what one group of subway riders experienced on the L train Friday afternoon.

New Yorkers are no strangers to subway stunts. But many couldn't help taking pictures and giggling as a bevy of book lovers redefined the term "flash mob" this afternoon: hopping aboard the train dozens donned uncovered book covers.

"It definitely caught my eye, yes!" said one subway rider visiting from Iowa.

The event was organized by Hollie Fraser who started Books on The Subway: a program where readers leave books on the train for others to read as a sort of pay-it-forward library system.

"A friend actually text last week and said you're one typo away from boobs on the subway," Fraser said.

That sparked the idea that lead to Friday's flash mob. Since October is breast cancer awareness month, men and women who follow Books on The Subway showed up and were given bare-chested book jackets with the hashtag #checkoutmyboobs to raise awareness. Inside each jacket was a quick fact to keep commuters abreast of breast cancer statistics. Like the fact that nearly 80 percent of women discover their breast cancer during a self examination.

"Obviously we want to keep pushing this message out through the year because breast cancer can happen at any time," said Fraser. "My auntie just came out the other side of chemotherapy so it's something that's close to my heart. So I'm super excited to see people's reactions."

The campaign clearly caught the attention of Ebony Boone as she walked to her train. The Harlem native is a breast cancer survivor who diagnosed herself before seeing a doctor.

"I demanded to have an exam done because I felt a lump," said Boone. "And the doctor actually told me oh no, you're too young, don't worry about it. And I kept demanding it because it didn't feel right to me and I actually had breast cancer."

So seeing the group out on the subways, encouraging others to check out their boobs, touched a soft spot for Boone.

"I can't even express into words, it means a lot to me."

In conjunction with the campaign, this month Books on the Subway is reading the book "The Bucket List" by Georgia Clark.

It tells the story of a woman with BRCA1, the breast cancer gene, as she struggles with the decision to get a mastectomy.

The group is also collecting donations for breast cancer research. To donate head to booksonthesubway.com/boobs