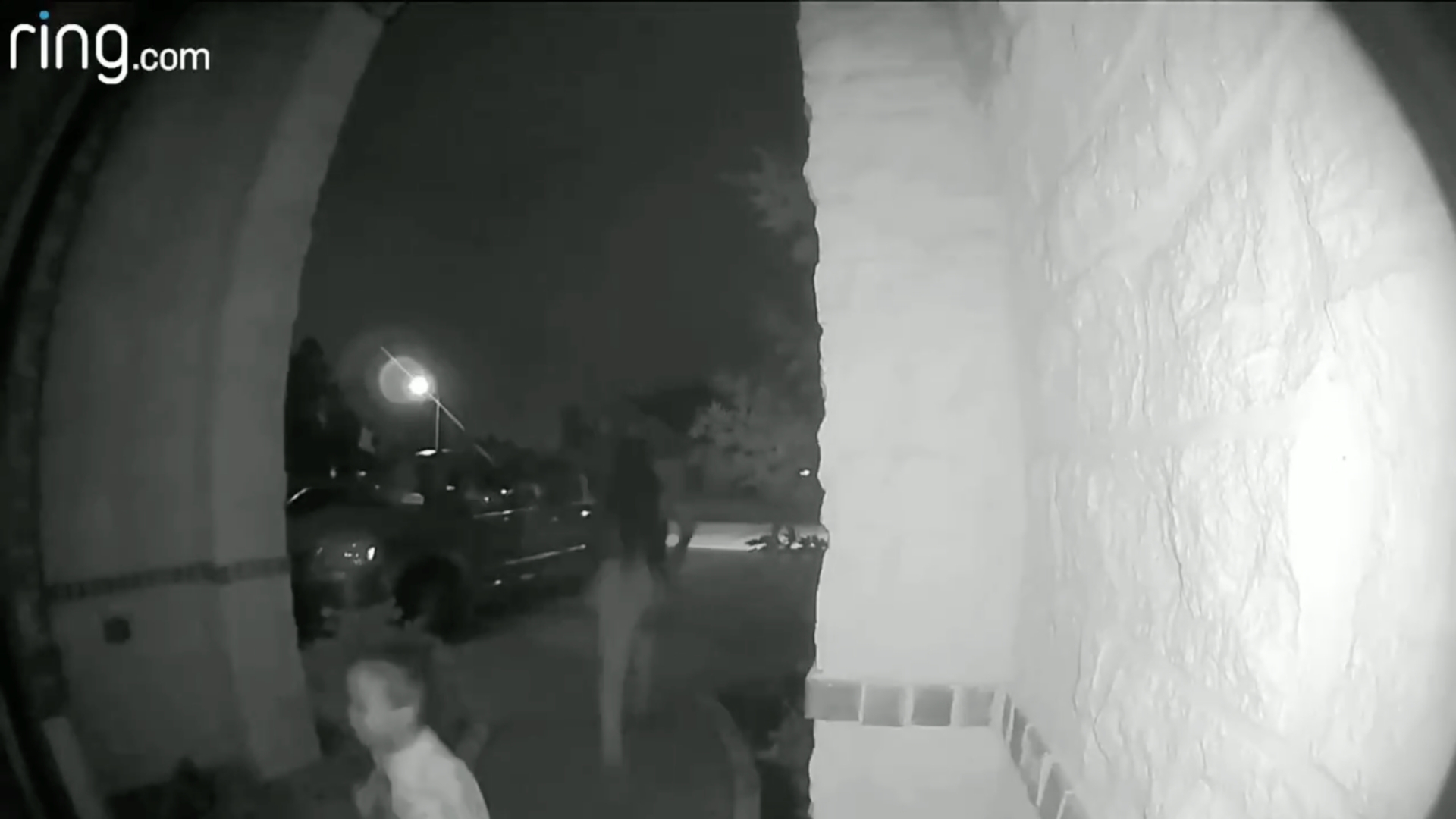 Raw footage captures a woman running up to a Texas home and abandoning a toddler on the stranger's front porch. Montgomery County sheriff's officials are asking for help identifying the child and woman.

SPRING, Texas — Surveillance video was released Thursday showing a woman running up to a Texas home, where sheriff's officials said she abandoned a small child and fled.

The incident happened Wednesday around 8:20 p.m. in the 30700 block of Legends Ridge Drive in Spring, according to the Montgomery County Sheriff's Office.

Surveillance video was rolling on a home's front porch when the woman ran toward the front door, holding a child by the arm with one of her hands, and two bags with her other hand.

After letting go of the boy and bags, the woman repeatedly rang the doorbell, knocked, then ran off.

The toddler looked confused as he stood on the porch, watching the woman run away.

The woman is then seen driving off in a vehicle as the child continued to watch her leave.

A resident of the home went to answer the door and found the boy alone on the porch. The child was not physically harmed, Sheriff's Office officials said.

Sheriff's officials said the woman is likely in her 20s or 30s, had long hair reaching below her waist and multiple tattoos on her right arm. The car she fled in was white.