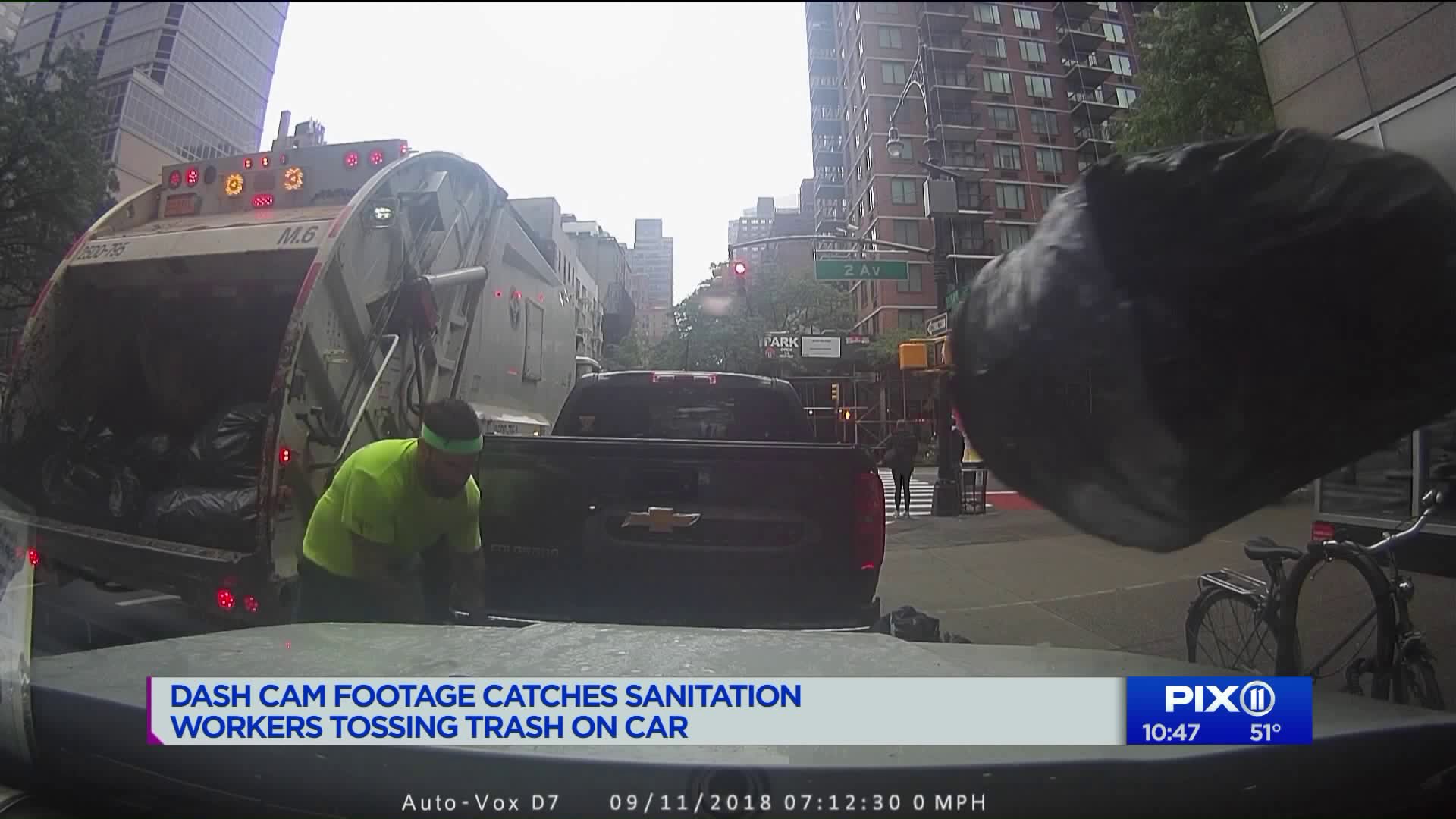 The footage shows a Department of Sanitation truck pulling up next to his car early that morning. The two workers began picking up a large pile of trash bags. One worker would heave bags from the sidewalk to his partner near the back of the truck.

NEW YORK — Mica Tisch had parked his car overnight near the corner of East 54th Street and Second Avenue in Manhattan. When he came out the following morning, he noticed there was garbage juice all over the hood.

"So I looked at the footage and this is what I found," Tisch said.

Footage? That’s right. Tisch, an information-technology specialist, has a dash camera mounted in his Jeep Renegade.

“Whenever I drive, I have my dash cam running," Tisch said. "Whenever I park, I plug it into a battery and I leave it running all the time, just in case.”

The footage shows a Department of Sanitation truck pulling up next to his car early that morning. The two workers began picking up a large pile of trash bags. One worker would heave bags from the sidewalk to his partner near the back of the truck.

The problem is some of the bags landed smack down on the hood of Tisch's car. You can hear the thud of the heavy bags. Other bags struck the bumper guard at the front of his car, and one bag leaked ”garbage juice” onto the car.

As you’ll see in the video, when the sanitation workers left, there were dings in the hood, paint is missing, and some of the scratches are down to the metal.

Tisch took the car to a body shop, which estimated it will cost more than $1,800 to repair and repaint the affected areas. He has submitted a claim for reimbursement with the New York City Department of Finance. He also wrote to the Department of Sanitation.

"Those who did this damage should be held responsible," Tisch said. A department spokesperson tells PIX11 News the incident is being investigated and the workers may face disciplinary action. We’ll keep you posted.

Our report also contains video of two other incidents in which Tisch's $100 dash cam saved him thousands.