New bill would require NYC buses to have GPS, app to provide information for parents 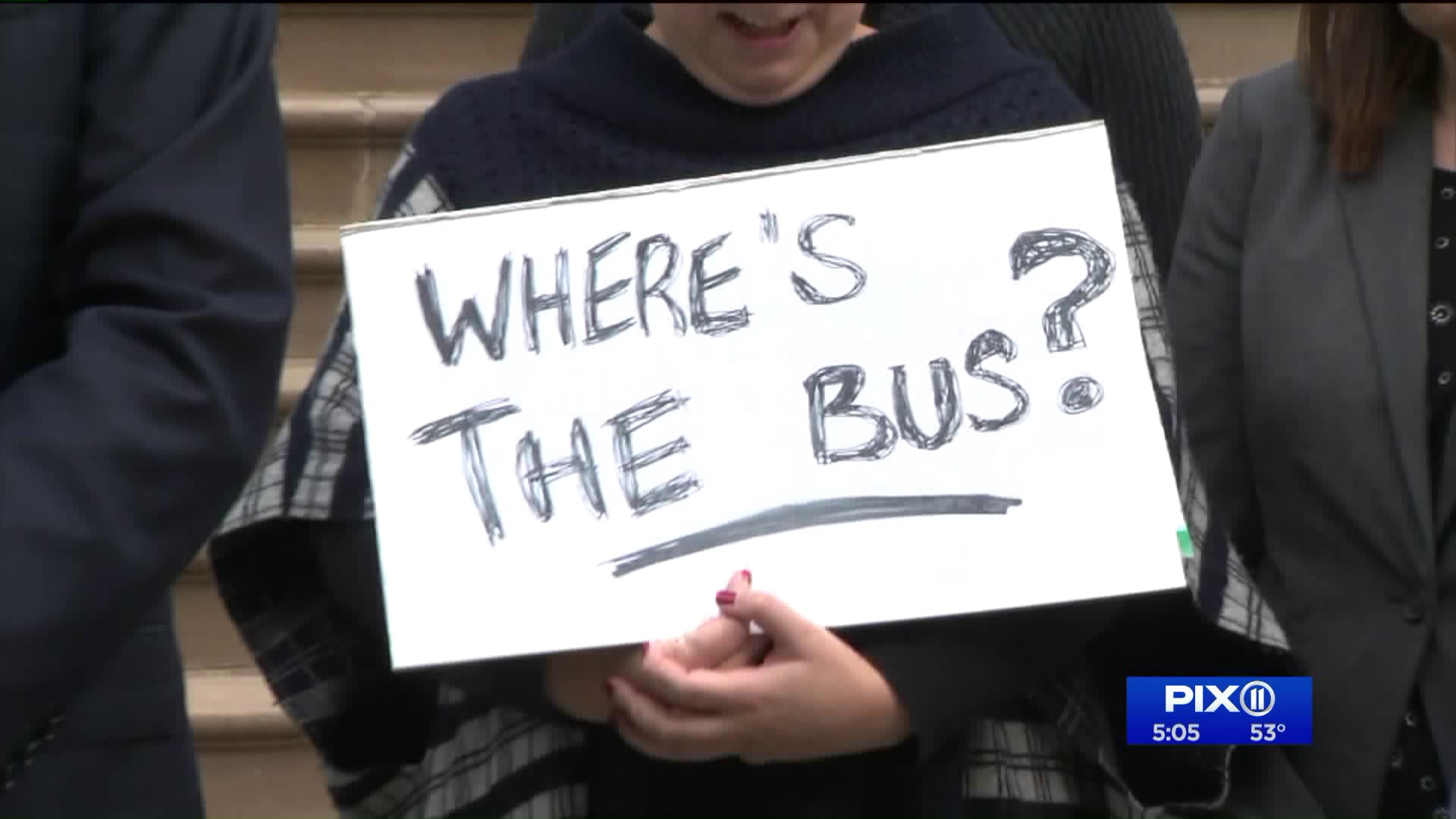 Councilman Ben Kallos introduced a bill that would require all school buses to have GPS and an app that would make that information available to parents.

Once the kids are on the bus, you have little to no idea how long it will take them to get to school, or what route they'll take to get there. That's the reality for thousands of parents each morning. But now the City Council and Department of Education think they have a bill to help fix it.

On the first day of school, Eliana Kaiser got a text message from her wife that their kids were headed down to catch the school bus. Kaiser was just about to hop on a flight home from Denver.

When she arrived at LaGuardia, her kids still hadn't made it to school almost three and a half hours later.

"It's not always as bad as that, but it is chronically bad," Kaiser said. "My kids have been getting to school late pretty consistently."

"I still don't know what happened," Kaiser said, referring to the first day of school for her kids. "And I would have loved to have had GPS on our bus that day to have an answer to that question."

Soon she may get her wish. Councilman Ben Kallos introduced a bill that would require all school buses to have GPS and an app that would make that information available to parents.

"This is not an expensive problem to solve," Kallos said. "This is something that buses have solved, garbage trucks have solved, and Uber, Lyft, and every other ride hailing program in the country has solved."

Right now two-thirds of all school buses are equipped with GPS but schools and parents don't have access to that data.

"And so the big difference that this bill would make is ensuring that parents can follow that GPS real-time data and see where the bus is and where their children are," said Randy Levine of Advocates for Children of New York.

Recently the Department of Education has revamped the school bus system after some high profile problems. Kevin Moran was appointed the new head of The Office of Pupil Transportation, which oversees busing. Moving forward bus drivers will be fingerprinted like all other school employees and the DOE will strengthen disciplinary actions for bus companies and drivers.

With access to that data, parents say they'll be able to hold the school system and bus companies accountable.

"I would be able to really prove what the problem is and I think it would be much harder for them to brush me off," said Kaiser.

One big reason parents see a big spike in the delays at the beginning of every years is because there are new routes and new drivers. To help lessen the impact at the start of each school year, this bill would also require the DOE to submit its busing route schedule at least 30 days prior to the start of each school year. Giving drivers more time to familiarize themselves with the routes and hopefully limit the delays.