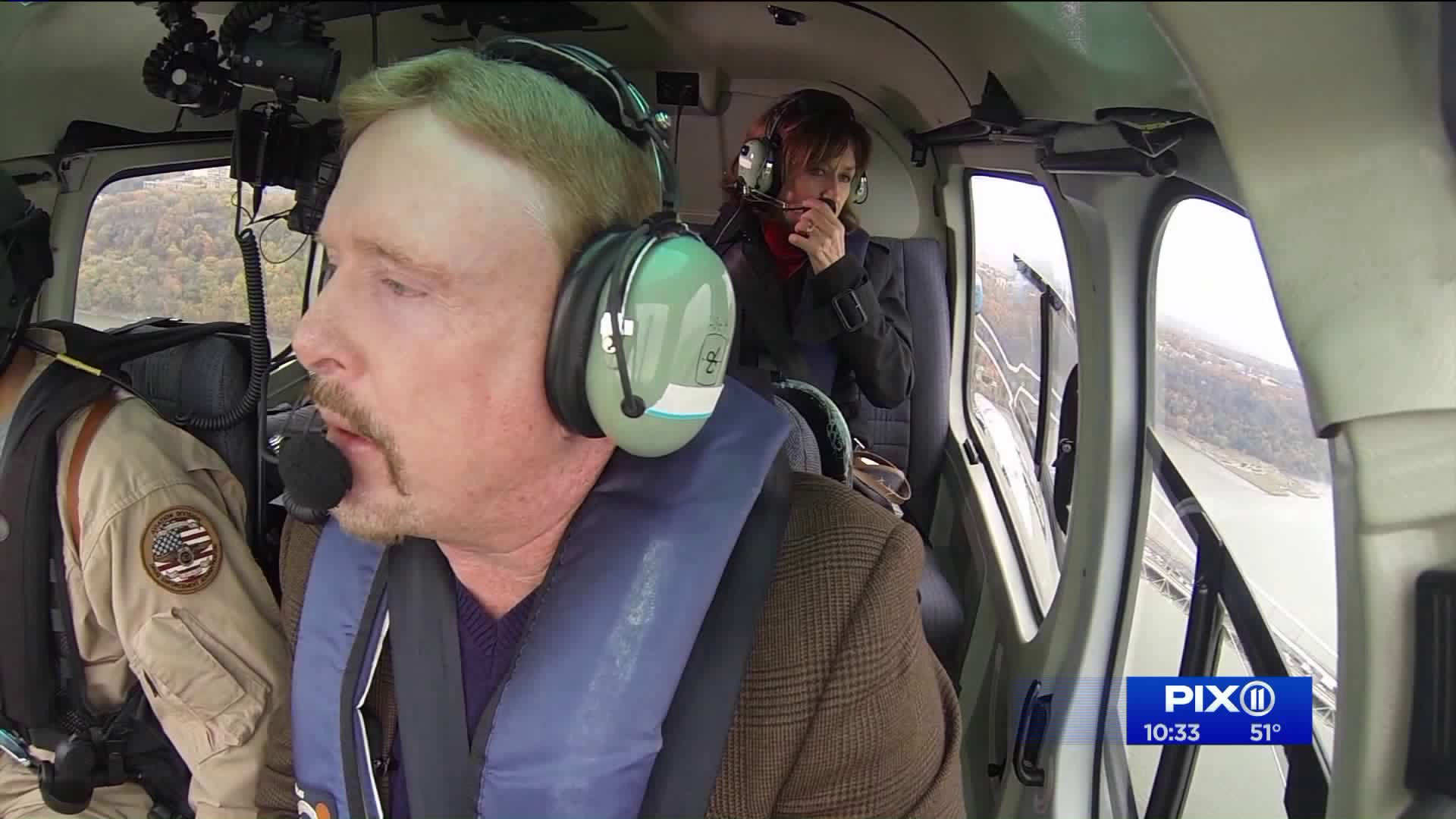 When jury selection begins November 5 for accused drug billionaire Joaquin Guzman-Loera, known universally as El Chapo, the boss from the Drug Enforcement Administration who brought him to New York for trial will be packing up his office on Manhattan`s West Side, ending a 36 year career in law enforcement.

BROOKLYN -- When jury selection begins November 5 for accused drug billionaire Joaquin Guzman-Loera, known universally as El Chapo, the boss from the Drug Enforcement Administration who brought him to New York for trial will be packing up his office on Manhattan’s West Side, ending a 36 year career in law enforcement.

“Right now, in the Sinaloa (cartel), big factions are fighting each other for who wants to be the top guy,” James Hunt said about the power vacuum left in Mexico, now that El Chapo awaits trial at the Metropolitan Correctional Center in lower Manhattan.

Hunt is leaving his federal position because of government rules on retirement age, and he’s keenly aware that he’s departing in the middle of a national drug crisis, which killed a record 72,000 people in the United States in 2017.

“Unfortunately, what I’ll remember is that I’m leaving at a time when it’s at its worst,” Hunt said, referring to a public health emergency that’s being fueled by dealers who are feeding the addictions of millions of opioid users, along with the sale of plenty of other, illicit drugs.

The El Chapo trial will be so high-security that U.S. Marshals will escort the jury members, once they’re selected, to and from court each day.

The jury will be anonymous, and a thousand people will be summoned to the U.S. federal courthouse in Brooklyn for what’s sure to be a painstaking selection process.

The jury will certainly be difficult to seat, especially when the trial is expected to last three months, through the Thanksgiving, Chanukah, and Christmas holidays.

James Hunt was a guest on PIX11’s Facebook Live this week, and we asked him his thoughts on Canada making recreational sale and use of marijuana legal, starting Wednesday.

“I don’t agree with it,” Hunt said. “It just encourages young people who are prone to experiment.”

Hunt is not thrilled with the new NYPD policy on public pot smoking, either, which calls for officers to give marijuana tokers a summons for court, if they’re caught.

And Hunt is especially offended by doctors accused of selling prescriptions to addicts in exchange for cash.

“It astounds me, every time we arrest a doctor,” Hunt said.

“You would think they’d get the message, once they see other colleagues get arrested, but they’re still doing it.”

The DEA arrested five doctors, a nurse practitioner and a pharmacist just last week, accusing them of putting millions of Oxycodone pills on the streets.

One doctor on Queens Boulevard had a money counting machine in his office, Hunt said, and he’s accused of splitting five million dollars in cash with his staff, over the last several years.

The pills and heroin and fentanyl are killing thousands.

James Hunt escaped a brush with death 30 years ago, when a drug dealer fired at him.

It was fairly early in his career with the Drug Enforcement Administration, which he joined after a stint with the NYPD.

“My partner was shot in the face in Harlem in 1988,” Hunt recalled.